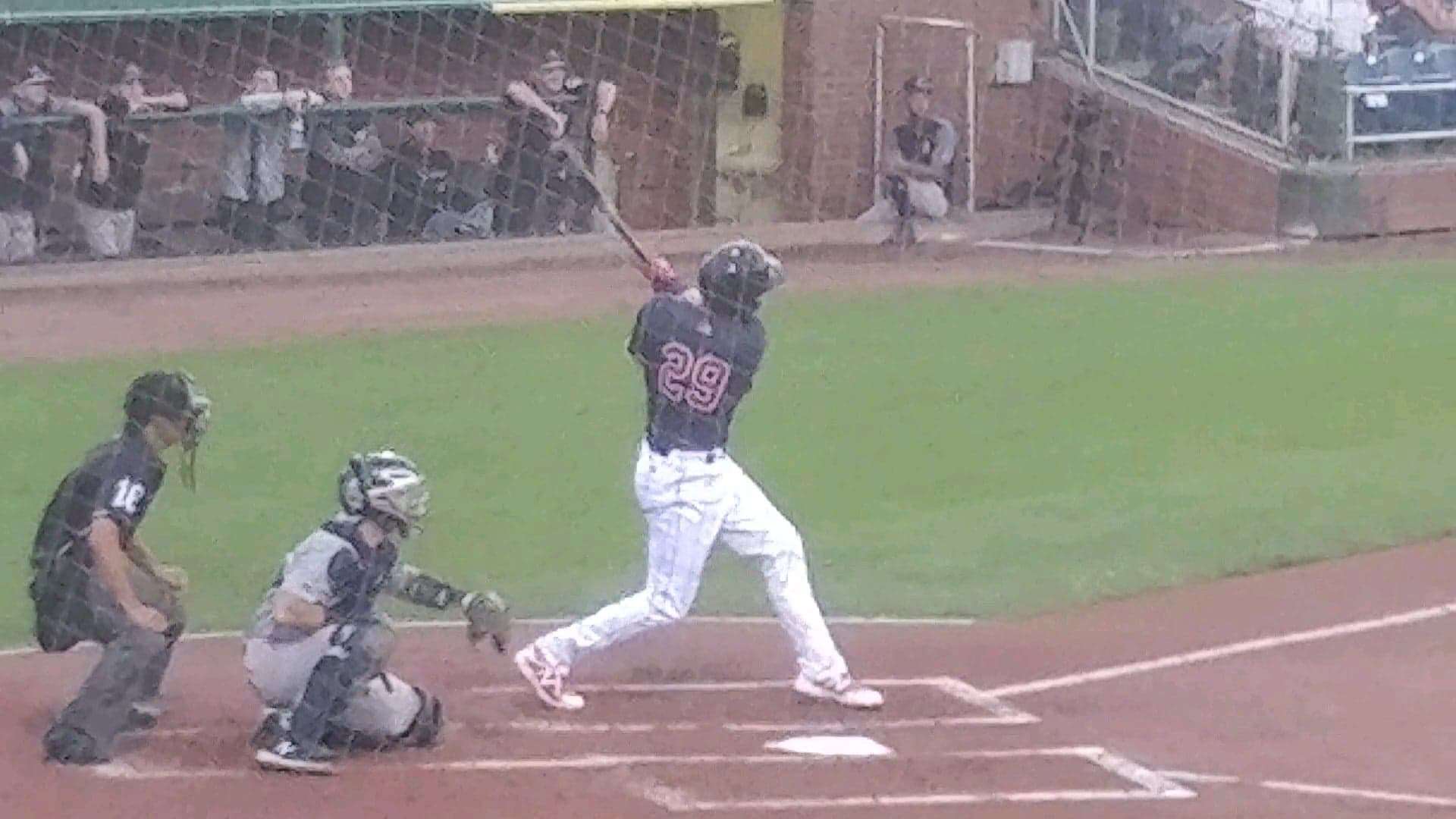 Ah, the Red Sox and Yankees. A rivalry that will never die, even if it did get a little stale for a few years. As a Red Sox fan, there’s not much better than a big four-game set between the Sox and Yanks when both teams are good like they are this season. But that’s not why I’m writing this article. Yes, the game I was at Wednesday night was between the Double-A affiliates, Portland and Trenton, of these two storied franchises, but I was there to scout two players in particular. Those players are slugging third baseman, Bobby Dalbec, from Portland and big right-hander, Trevor Stephan, from Trenton.

Ladies and gentleman, boys and girls, your 2018 Boston Red Sox minor league hitter of the year. There’s really no doubt about it either. Bobby Dalbec started 2018 with Salem in the High-A Carolina league, tore that league up, and now has continued his powerful rampage with Portland in the Double-A Eastern League. Combined, he has a .264/.376/.588/.964 slash line with 32 doubles, 31 home runs, and 99 RBI in 115 games, including five homers in his first 15 games with Portland. Those 31 Dal-Bombs are tied for the most by any minor league hitter this season.

I use the phrase “Dal-Bombs” for a reason. Dalbec doesn’t hit home runs that barely clear the outfield fence. No sir. He hits plenty of mammoth shots including a 451-foot blast a couple weeks ago. Most of his power is to his pull side, but Dalbec is strong enough to take outside pitches and muscle them into the right-field stands. With his raw power, hard swing, and loft he gets on that swing, his power tool is easily a 60 and more of a 65-grade as you’ll see in my scouting grades for him above. This is a hitter poised to have plenty of 30-homer seasons in the Majors.

Now, when you look at Bobby Dalbec’s lower half during his swing (see above), you’ll notice has a little different motion before he shifts his weight forward. Study that swing hard. That extra back leg movement might not be common, but it’s a timing mechanism for Mr. Dalbec. Let’s take another look at that swing. Moreso, look at his hands and that back leg at the same time. They’re in unison. Dalbec’s hands come down at the same time that the back leg moves back and then the hands come forward as his hips rotate towards the pitch. If you think that motion will cause him to get beat by higher velocity, don’t. That was a 94 mph heater that he turned on and roped to deep left field.

Before we go any further, let me clear up something. Even though I find no faults in his swing, I do not believe he’s going to hit for a high average in the Major Leagues. Far from it actually. He won’t be down in the Gallo purgatory, but holes in his swing, particularly against off-speed pitches, will likely limit Dalbec to the .250-.260 range more often than not. He can get too aggressive at times, which has led to a 32.0% strikeout rate in his minor league career. Even with this breakout season, that strikeout rate still sits at 31.3%. That will need to be worked on if he wants to hit for a respectable average in the Majors to go along with that 35+ home run upside.

While he probably won’t win any gold gloves, Dalbec’s footwork and range at third is passable and he can make up for mistakes with a strong throwing arm. Even if he’s forced to move across the diamond long-term, his offensive profile will play just fine there as well. But for what it’s worth, the Red Sox moved Chavis to first instead of Dalbec. Take that how you want to.

Don’t let the strikeout woes worry you too much. Bobby Dalbec is a prospect on the rise, approaching top-100 status as a dynasty prospect. The window to get him at a lower price is closing in a hurry.

With prospects, you can’t always go off their statistics. Prime example, Trevor Stephan. This season started out well for him with a 1.98 ERA in seven starts with Tampa in the high Class-A Florida State League, but his 14 starts with Trenton haven’t gone according to plan. In those starts, Stephan has a 5.51 ERA and 1.43 WHIP. His walk rate and strikeout rate have also regressed, though still solid at 3.2 and 9.7 respectively. That’s why when evaluating prospects, statistics need to be taken with a grain of salt, as Stephan is a much better pitcher than his current Double-A ERA would suggest.

Stephan has a three-pitch arsenal with all three pitches already being above-average or having above-average potential. His fastball was sitting in the 91-94 range during this start, but he can get as high as 96-97 when he wants too. Due to a lower 3/4 arm slot, Stephan gets plenty of arm side run, with the pitch acting almost like a two-seam fastball.

Outside of that heater, Stephan features two breaking balls, with his slider being more developed than his change-up. Now, when you have a pitcher that throws hard like Stephan, usually you’ll see that pitcher’s slider in the mid to upper-80’s. That’s not the case here. Stephan’s slider sits in the 81-83 mph range for the most part and can drop down into the 70’s at times when he wants to get some extra break on the pitch. His mid-80’s change-up is still a work in progress, and was quite erratic during this start, but has developed some this season to the point where it’s at least an average offering for him. With further development of the pitch, Stephan would have three pitches graded at 55 or better.

Now, how about that control? The short answer, it’s pretty good. Stephan only walked one batter in 4.2 IP Wednesday night and has a 2.8 BB/9 this season and 2.5 for his minor league career. His control and command of his fastball and slider were solid during this start and have been for most of the season. He just needs to harness the control on his change-up. If he does, Stephan has the upside of an innings-eating #2 or #3 starter in the Majors.