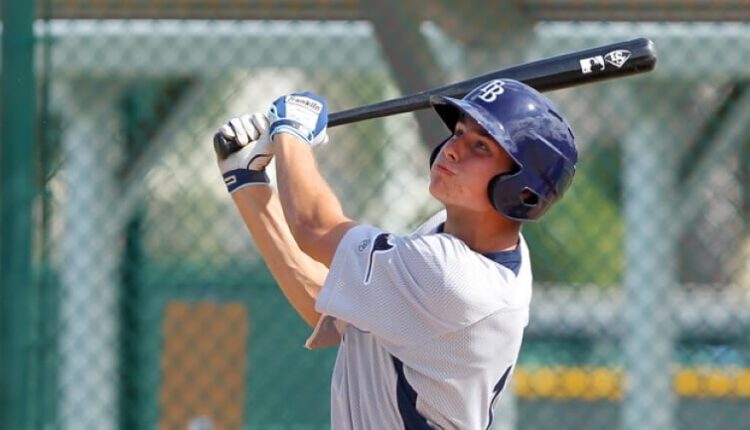 OBP leagues are becoming increasingly popular in the Fantasy Baseball community. Most Fantasy Baseball rankings are for traditional 5X5 categories that include AVG, Runs, HR, RBI, and SB for hitting. Therefore, if you play in an OBP league, it is important to understand which hitters gain or lose value in that format.

If you play in a dynasty league, you also know the importance of prospects. Having a great farm system can help you replenish your Major League team with time. To have a great farm system, you need to understand prospect rankings. A great place to start is with Eric Cross’s “Top-250 Fantasy Baseball Prospects.” Building off of Eric’s list, I have broken down six-hitting prospects who your league mates may undervalue in your OBP dynasty league. The hope is that you will be able to get a leg up if your opponents do not know the worth of these hitters in OBP format.

The White Sox were more than thrilled when they were able to select Andrew Vaughn with the third pick in the 2019 MLB Draft. Vaughn’s skill set has been well known dating back to his freshman year at Cal. After a strong freshman season where he hit 12 home runs and slashed .349/.414/.555, Vaughn’s sophomore year earned him the Golden Spikes Award for the best player in college baseball. In 256 plate appearances that season, he hit 23 home runs, batted .402, and had a .531 OBP. He walked 44 times and struck out only 18. Vaughn wrapped up his college career playing 160 games with 745 plate appearances, essentially, a full MLB season. In that time at Cal, he hit 50 home runs drove in 163 runs and slashed .374/.495/.688.

It is well documented that Vaughn is already a top prospect. Vaughn has a plus hit tool as well as plus power, and Eric Cross has him ranked 15th in his latest prospect rankings. He may be a perennial .300 hitter with 30 home runs regularly. Just seeing those numbers, Vaughn is a player you want in the farm system of your dynasty leagues, especially considering he could make his debut soon.

Like Andrew Vaughn, Corbin Carroll is another player selected in the first round of the 2019 draft. While his undersized 5’10 165 pound frame turned some teams off, the Diamondbacks did not shy away from drafting him 16th overall. The high schooler from Seattle did not disappoint in his short season debut. Carroll posted a .299 batting average with a .403 on-base percentage between rookie ball and low-A. Additionally, he also hit two home runs and stole 18 bases.

Despite some swing and miss in his game(22 percent strikeout rate in 2019), Carroll has a sound approach at the plate. A 15.6 percent walk rate confirms that and gives him a considerable boost in OBP leagues. Carroll has a plus hit tool and is a plus-plus runner. The current lack of power may be concerning to some, but Carroll may grow into a 15-to-20 home run threat with 30 steal potential. Pairing that with a solid average and a potential .400 OBP makes Carroll a great player to own in dynasty leagues, especially OBP leagues.

It is a little known fact that Nolan Jones was a standout hockey star before focusing on baseball in high school. Signabilty concerns kept one of the best high school hitters on the board until the second round of the 2016 MLB Draft when the Indians snagged him.

Jones brings a patient approach to the plate and is selective when he swings the bat. He led the Minor Leagues in walks last season with 96. The negative side of that is that Jones loves working deep in counts, which leads to more strikeouts. His hit tool is average, but he has produced at every Minor League level. He has plus power thanks to significant strength and bat speed, which could lead to 30 home run power at the big-league level. Jones is not a big name prospect, so he often gets overlooked in Fantasy circles. In an OBP league, it is easy to see Nolan Jones being a top 30-to-40 prospect.

Another 2019 draftee, Hunter Bishop, was one of the best athletes in the class. He was a standout football player in high school that was committed to playing at Washington before deciding to focus on baseball. After two average baseball seasons at Arizona State, Bishop’s strong junior season led him to be selected tenth overall by the Giants. The 6’5 210-pound outfielder made significant strides at the plate, which led to him slashing .342/.479/.748 with 22 home runs and 12 stolen bases in 57 games.

While his batting average suffered in his pro-debut, Bishop walked 38 times in 146 plate appearances giving him a .438 on-base percentage. He also hit five home runs and stole eight bases during the shortened season debut. The raw power is there for Bishop to be a 30 home run threat, and his speed could translate to 15-20 steals in a season. While his hit tool does have some concerns, Bishop has a ton to offer Fantasy owners, especially in OBP leagues. In OBP leagues, there is an argument for Bishop being a top 40 prospect thanks to his power-speed combo and high walk rates.

Indians prospect Aaron Bracho has become one of my prospect obsessions over the last year. The Indians signed the young Venezuelan for $1.5 million in 2017. Unfortunately, a broken arm cost him his first full professional season in 2018. His 2019 debut was solid, and it looked as if Bracho had not missed any developmental time. Between two levels and 169 plate appearances, he posted a strong .281/.402/.570 slash line with eight home runs and four stolen bases. Bracho’s plate discipline also stood out as he walked 28 times to just 29 strikeouts.

Bracho has a quick, compact swing from both sides of the plate. His plate discipline and feel for hitting are advanced for a young, 19-year-old. He drives the ball well to all parts of the field and could grow into 20 home runs power as he develops. The tools should translate well for Fantasy Baseball production, but his plate discipline gives him a considerable boost in OBP leagues. As an 18-year-old, walking 16.4 percent of the time shows impressive plate discipline. Bracho has a real chance to be a .400 OBP contributor consistently at the Major League level.

Amid a deep farm system in Tampa Bay, Josh Lowe quietly flies under the radar. He was an average hitter until his breakout 2019 season where Lowe hit 18 home runs and stole 30 bases. The 13th overall pick of the 2016 MLB Draft finally showed his potential and the reason why the Rays drafted him. A move from third base to centerfield in 2017 has worked well for both Lowe and the Rays organization.

Lowe possesses a great blend of power, speed, defense, and on-base ability, which gives him a high floor. If he continues to progress as a hitter, Lowe could also prove to be a high ceiling Fantasy player. In OBP leagues, he gets a considerable boost of value thanks to his solid plate discipline. While his .253 batting average does not stand out, his .341 OBP is much more respectable. Lowe walks at a high rate(11.2 percent last season), and the hope is that his bat can continue to develop. If you play in an OBP dynasty league, Josh Lowe is the type of prospect you want to own. His power/speed combo, plus his high OBP floor makes him a major riser in OBP leagues.

Next week, we will dive into several prospects who lose value in an OBP league. For now, be sure to check out Rhys White’s article on “Chris Paddack” as he dives into what the upside looks like long term.