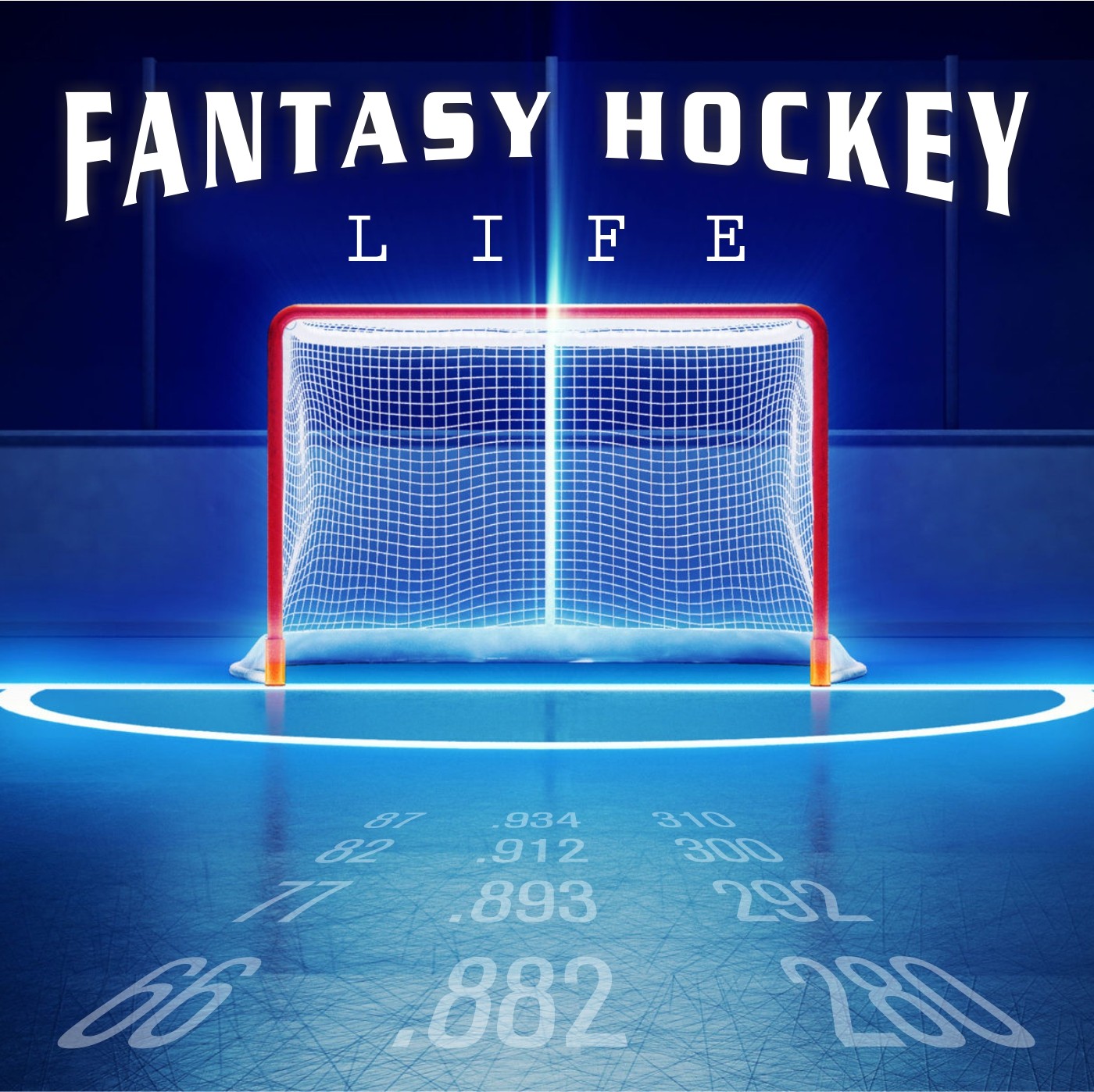 In this week’s episode, Jesse and Victor are finishing final preparations for the 2021 NHL Fantasy season. First the guys discuss the last-minute rush of slow drafts and Jesse confesses to a big mistake. They run down a list of players who might be available late in your last-minute drafts or on your preseason waiver wires. Finally, they run down the results of the inaugural Fantasy Hockey Life Listener League. Fantasy Hockey Life is starting a free discussion forum for listeners. Send your feedback on whether you prefer groupme, discord, or somewhere else to [email protected] . Questions for Victor and Jesse can go there too, as well as to their Twitter addresses @fanhockeylife and @victornuno12 The puck drops Wednesday!

On episode 91 of Fantasy Hockey Life, Victor and Jesse talk about defensemen and goalies they rate differently from our Fantrax team consensus ranks. Find out if Victor can talk Jesse down from his irrational love for Kevin Shattenkirk. How will Vegas’s two star defensemen share the ice and what will be the impact on their fantasy value? What late round defenseman does Victor see as a Calder candidate? What goalies does Victor see breaking out of past tandems to become top fantasy goalies? Who loves Elvis Merzlikins more? We go a little long, but these 20 discussions should help you as you make the final push toward your drafts.

FHL Episode 90 is a long one, but worth it. After some talk about the upcoming draft season, Victor and Jesse talk about their takes for drafting forwards this year. They compare their individual rankings to the Fantrax consensus rankings. They geek out explaining their methodologies for coming up with projections and rankings. Each picks 5 guys who they are much higher on than on consensus and 5 they are lower on – an overall value of 20 takes with stats to back it up. Have a listen as you prep for your fantasy drafts!

Jesse and Victor are joined by Matthew Zator of the Hockey Writers to discuss the prospects who will be playing in the upcoming World Juniors. Dynasty players will enjoy discussion of recent draft picks, especially on the stacked Russian, Swedish, American, and especially the Canadian squad. Have a listen before the puck drops Christmas Day.

The Tampa Bay Lightning are the topic for Victor, Jesse, and special guest Ian Gooding of Dobber Hockey. The returning Stanley Cup champs are dealing with a money-based roster crunch but still feature an embarrassment of fantasy riches. Is Kucherov the #1 player in fantasy hockey? Is Vasilevskiy the #1 goalie? Tune in to get our opinions, then stick around for the dig and Victor’s thoughts on a not-irrelevant system.

Victor and Jesse welcome Brett Duboff of the Lace ’em Up podcast to talk about the Boston Bruins. From the injury questions surrounding the top line to the change of the guard at the top defenseman position, there is a lot of uncertainty on the reigning President’s Trophy winners. In the Dynasty Dig, Victor covers a shallow system with a couple of players who might still make an impact. Tune in!

The Carolina Hurricanes couldn’t replicate their magical “bunch of jerks” 2018-19, but they still feature top notch players like Sebastian Aho, Dougie Hamilton and Andrei Svechnikov. Victor and Jesse talk about their faves on the team as well as who they are fading. The dig is target-rich with Jake Bean, Joey Keane, Dominik Bokk, Alex Nedeljkovic and a top-notch draft class. Tune in!

Episode 83 is dedicated to the Stanley Cup runner-ups, the Dallas Stars. The Stars have an aging core and will be missing their top scorer Tyler Seguin and their all star goalie Ben Bishop for the better part of the season. Are there indications aging forwards like Joe Pavelski and Jamie Benn can lift their game to what we saw in the playoffs? Is career backup Anton Khudobin capable of replicating his excellent playoff run? And how dang good is Miro Heiskanen? In the dig, Victor identifies some incoming offensive players Dallas will desperately need and soon. Tune in!

In episode 82 we talk about the Pittsburgh Penguins. We start at the two immortals – Crosby and Malkin. A group of wingers jockey to play alongside them, and we discuss which might be just products of their lines and which have legitimate star potential. The blue line has some of everything – the established, oft-injured Letang, the up and coming Marino, the frighteningly overpaid Matheson. In goal, Tristen Jarry owns the net now and has to prove last year was no fluke. Plus the boys discuss which Penguin plays Victor’s true passion sport, disc golf. In the dig, Victor makes the best of a shallow system by talking about a couple of guys who might be able to break into the pros relatively quickly. Tune in!

Episode 81 is all about the Philadelphia Flyers. The Flyers jumped from fringe contender to division runners-up thanks to a star young goalie, Carter Hart. Victor and Jesse quiz Max Nason of the Hockey Writers what we can expect of stars like Giroux and Couturier, breakouts like Konecny, and injury wild cards Patrick and Lindblom. In the dig, Victor takes on a couple of potential breakouts in Philly’s system. Tune in!