Pitching Prospects Who Lost Value in 2017 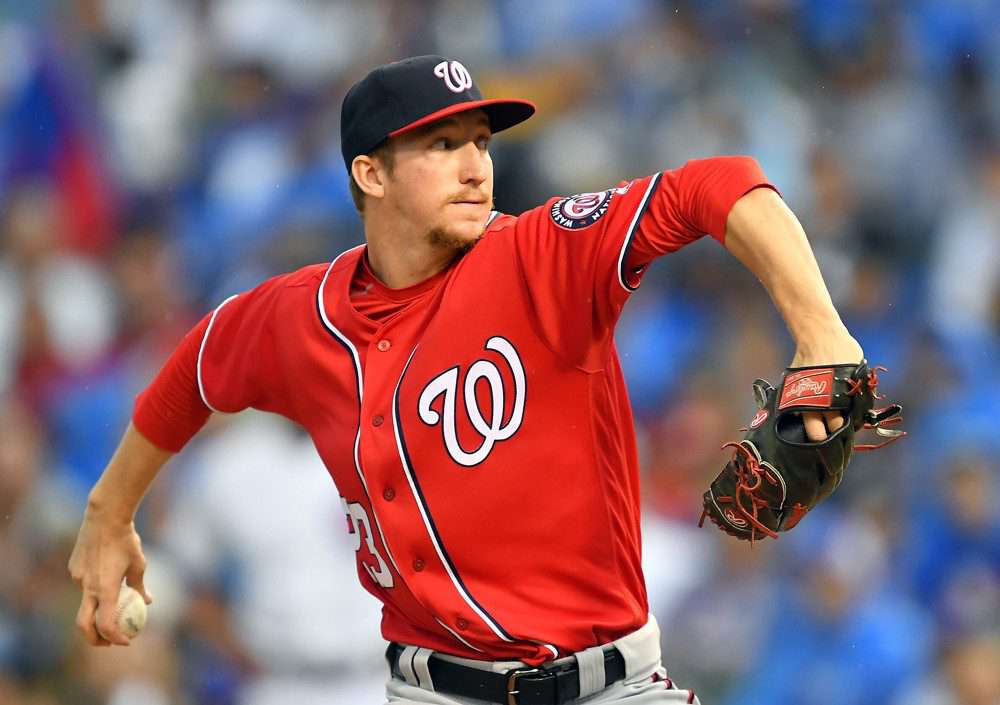 I’ve had a series of articles going over various prospects who, for whatever reason, be it the advancement of a single pitch, increased velocity or control, or just general development and maturity, have increased their values going forward. I talked about A.J. Puk, Mike Soroka, and Triston McKenzie, all three young hurlers who have me excited and have made me a believer in their careers. Sometimes the exact opposite happens, though. Occasionally a top flight prospect might lose command or perhaps they just got knocked around at a new level and need to be dropped back to High-A for some seasoning. Pitching is a hard thing to do, and sometimes it just simply doesn’t work out for a prospect.

Baseball itself is unique from other sports in that the attrition rate of top-tier prospects is so much higher than that of, say, football. Looking at the top-10 in each first-year player draft from 2005–2010 shows that even having one of these top picks doesn’t mean you’re in line to have a top player. Utilizing fWAR, we can see that, during that time period, we had 60 players drafted. Out of those 60 players, 25 (42%) have accrued 10+ fWAR in their careers, and 15 (25%) have netted 25+ fWAR. Obviously, a lot of these guys still have time left in their careers, but suffice to say that if you’re getting even moderate positive value out of only 40% of these picks, it’s a risky endeavor.

Well, today we’re going to go over the players that, for whatever reason, received a large drop in value from the previous year’s rankings. It’s certainly never fun to see a player with so much promise take a step backward, but sometimes it’s necessary to ease into development rather than just blast through the higher levels and risk picking up bad habits. I’ve decided to exclude players that lost a significant chunk of time due to injury because I want this to be more about performance rather than health, so I’ll set a minimum of 60 innings to qualify. I’ll offer advice as to what this means for these players, too, because this may be a slight step back, or it might be an ominous sign of what’s to come.

Alvarez was signed in 2015 for the second highest international signing bonus at the time, as he was coming out of Cuba. That $16 million was topped only by Yoan Moncada’s $31 million that same year. Needless to say, the hopes were high that the lanky righty was going to be able to make an impression. Early in his minor league career, he did just that by posting an ERA just above 2.00 in 2016 through nearly 60 innings in rookie ball and Low-A. He struck out 81 batters along the way and posted an uninspiring but decent 3.0 BB/9. Coming into the 2017 season, Alvarez was very highly regarded and showed enough poise in his first season that the hype train was in full force.

Then 2017 happened. It was by no means a horrible season, but while starting in High-A against some advanced competition, the flaws were made much more apparent. Alvarez’s ERA ballooned to over 5.00 in 60 innings, and his BB/9 rose to 3.79. He managed to keep the K/9 above 9.0, but it was a far cry from the 12.0 he posted the year prior. The Dodgers decided they saw enough that they liked and moved him to the all-important Double-A level, where he put together 33 innings that were mostly fine, but not amazing. His ERA dropped to 3.55, but his biggest problem continued, as his BB/9 rose to 6.82 at the advanced level.

Seeing Alvarez’s control become more and more of an issue was enough for evaluators to ease off their projections of the talented pitcher. After being ranked 26th in Baseball America’s rankings the year prior, he was left off the top-100 list this season. This makes it seem like all is lost for the young hurler, but that’s not true. He still has good, quality stuff, and his fastball alone affords him the chance to be a successful Major League pitcher. If I owned him, I would be standing pat. He really hasn’t faced enough quality hitting to be have worked out his flaws yet, and with continued coaching, there is hope for him yet. The original thought of him being a top-flight starter is likely gone, but he could settle down as a solid No. 3 starter or potentially a lethal arm out of the bullpen. It’s worth watching him this season and seeing how he adjusts. If he does well, he could find himself back in the top-50 next season.

The awesomely named Riley Pint was drafted fourth overall in the 2016 first-year player draft by the Rockies in a move that I will continue to question until my dying days. Why do the Rockies keep drafting pitching?! Draft hitters, trade for pitching. It’s a very simple concept for a team that has a stadium that pitchers hate pitching in. Anyway, Pint was drafted as a talented lefty who brings a big fastball (he touched 102 mph, according to some scouts), a power curve, and a changeup that could grade as plus.

In Pint’s first taste of the minors, the Rockies were very cautious with him, as he was allowed to throw only five innings or 80 pitches in each of his starts. In those 11 starts, he posted mediocre numbers, including an 8.8 K/9, 5.6 BB/9, and a 5.35 ERA, which was backed up by a 5.45 FIP and 5.50 xFIP. In other words, not very good. But this is a young pitcher in the minors, and a lot of the time you really need to ignore the numbers and focus on other things with pitching prospects. He found himself ranked 46th overall on the top-100 list.

2017 then came and went, and what were we left with? Twenty-two starts in Low-A with nearly the exact same numbers. The ERA was still bad, the BB/9 was still over 5.00, and the K/9 actually got worse and fell to 7.7. It simply wasn’t pretty. He now finds himself at No. 99 on Baseball America’s top-100 list. It’s a pretty big drop, and things look bleak.

You might be asking yourself why he is still even ranked on the top 100 prospects when he was THAT bad last year. Well, the truth is that he wa19-year-old old with a 100 mph fastball playing in professional baseball. The road has been rough and he still has a long way to go, but he still has all the potential in the world. Honestly, he’s become a target of mine this offseason in dynasty leagues simply because, to the uninitiated, he looks like a total bust. In my opinion, he may never be an ace, but there is still so much to like about him despite the bad numbers that I’m going to bet that, after this season, he finds himself back up in the good graces of the fantasy world.

Erick Fedde was taken 18th overall in the 2014 Draft by the Nats. He saw his stock largely grow, as he became a solid prospect who didn’t really excel in any one area but had enough talent across the board to make him a good middle-of-the-rotation option. He mostly struck out less than a batter an inning, and although he walked too many at times, he usually kept the BB/9 under 3.00. What kept analysts interested in Fedde was that he often underperformed based on his FIP and xFIP, so there was always a question of whether or not there was another level there.

Fedde’s pitch repertoire includes a low-90s fastball, a slider, and a changeup. When he was in a system with guys like Reynaldo Lopez and Lucas Giolito, it was easy for him to be overlooked or ignored as the proverbial step-child of pitching prospects. Going into 2017 at No. 52 on Baseball America’s top-100 list, Fedde started the year at Double-A and eventually found himself in the Majors after a Stephen Strasburg injury. His first trip in the Majors was nothing short of terrible, but it was only 15 innings and he eventually found himself at Triple-A. Fedde’s Triple-A numbers weren’t great, either, as he saw his k/9 fall to a career-low 6.6 and his ERA balloon to 4.76. He didn’t walk anyone, though, and if we really step back and see the season as a whole, it really wasn’t that bad.

Coming into this season, we see Fedde has been left off a lot of top-100 lists, including ours. To be honest, it’s a bit of a head-scratcher. He really feels like the same pitcher he always was to me: a groundball-inducing No. 3 starter who could eat some innings and be the most boring but consistent player on your roster. At 24, he’s pretty much ready for the Majors, though the Nationals are a team that is deep with pitching, and it’s hard to know when they might have a need for Fedde in the rotation. As long as they don’t screw up and throw him in the bullpen again, he should have a fine career once he finally hits The Show. Throw out some feelers in your league, and if you think you can get him on the cheap, I think he’s a really underrated option this year.