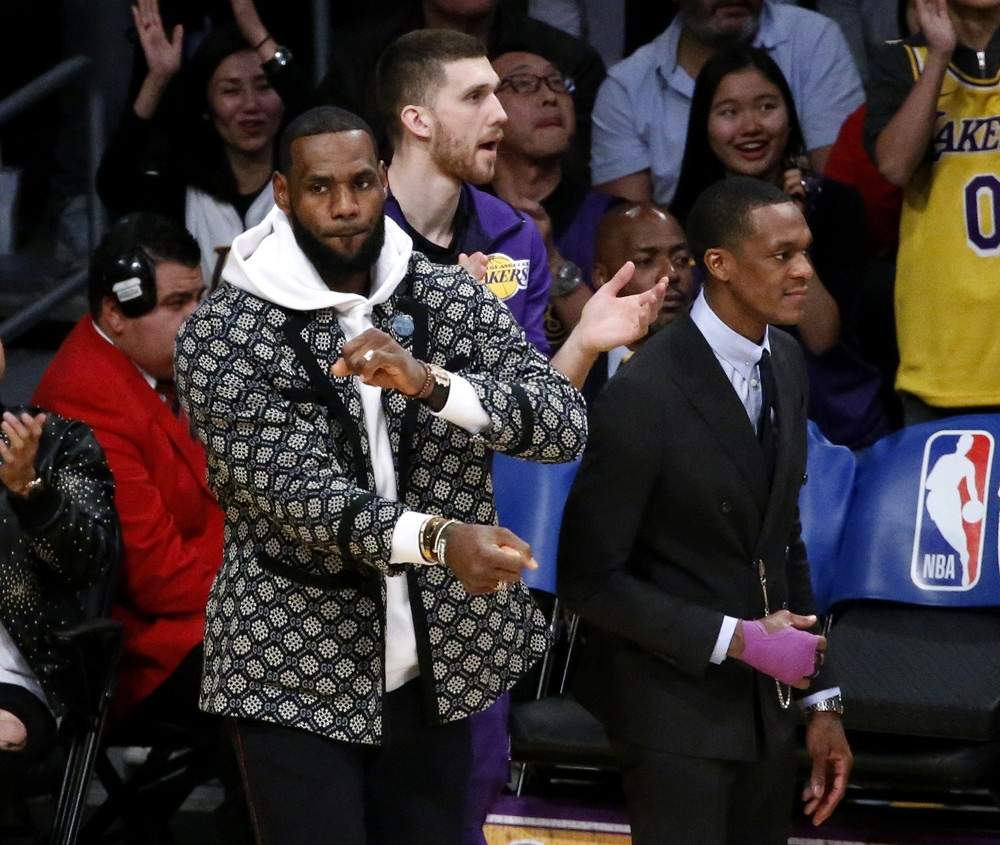 From LeBron James, to Clint Capela, to Anthony Davis, many of the NBA’s biggest and brightest stars all share one thing in common: they’re sitting on the sidelines with injuries. Not only is this a problem for their real life teams, but it also poses difficulties for their fantasy basketball owners. For those of you unlucky enough to have Victor Oladipo on your team, you can read my article about the fantasy fallout from that, here.

Anthony Davis back sooner than we thought?

Davis, and his panicking owners, received some good news Wednesday when a specialist suggested he may only miss a week of action. According to Adrian Wojnarowski, Davis’ return from a volar plate avulsion fracture could simply be a matter of pain tolerance. He’ll be re-evaluated Friday, so owners aren’t totally in the clear, especially when it comes to The Brow, who hasn’t been the fastest of healers during his career.

More down time for Mirotic

If you own Nikola Mirotic and were hoping for a fantasy boost there, he’s now out “at least a week” (famous last words) with a calf injury. Mirotic just can’t shake the injury bug, derailing what began as a very promising season for the Pelicans’ forward. Jahlil Okafor blocked six shots Wednesday night and had 18 and 8 on Thursday, and will continue to provide value for as long as the Pelicans frontcourt isn’t at full strength. Okafor is available in 90 percent of Fantrax leagues.

LeBron is also nearing a return, and that may come Sunday. He missed Thursday’s game vs. Minnesota, which was his 15th absence since injuring his groin on Christmas Day, but he’s been making progress. The Lakers don’t want to rush him, but they could surely use him, as they’ve gone 5-10 without King James. With Rajon Rondo also making his return Thursday, expect Josh Hart to lose a bunch of value and for Brandon Ingram and Kyle Kuzma to see their usages drop.

The Rockets have really been struggling with injuries and Clint Capela’s might be their most impactful. They’ve been able to manage without Chris Paul, i.e., James Harden shooting the ball 45 times a game, but Capela’s thumb surgery forced them to sign Kenneth Faried as soon as he was let go by the Nets. Faried, of course, is a must-add in fantasy (if he’s somehow still available in your league), though owners should be prepared for only about a month of production, as Capela is projected to return by March.

If you’re a Capela owner and have an IR spot, he’s a stash, but owners needing to make up ground might consider moving him at a discount. I happen to own him in one league where I am on the periphery of the playoffs, and have attempted to trade him for Serge Ibaka in one deal and Domantas Sabonis in another. Targeting teams near the top of the standings makes the most sense given the length of time he’ll be out.

Worth waiting out Porzingis and Thomas?

We’ve all been waiting for Kristaps Porzingis and Isaiah Thomas to make their returns… or have we?? Some owners have been stashing these guys in redraft leagues, but I don’t see the point. I’m highly skeptical Porzingis plays at all this season, and if he does he’ll surely be monitored closely. The tanking Knicks don’t need anything bad happening to their franchise guy, whom they expect to re-sign this summer.

Thomas dropped a hint of a possible return in mid-February, but fantasy owners shouldn’t be too excited. Nuggets coach Mike Malone has foreshadowed Thomas’ availability a couple of times already and we’ve yet to see him play. Even when he does don a Denver jersey for the first time, it will come in limited minutes for a stacked Nuggets squad with their eye on the playoffs.

News on Other NBA Injuries:

Andre Drummond was a game-time decision Wednesday night, but ultimately couldn’t go. However, he has cleared concussion protocol and should be back for the Pistons’ next game Friday night  ….  Kevin Huerter injured his neck in warmups Monday and the Hawks decided to hold him out again Wednesday night. This doesn’t sound like a long term issue and Huerter remains a solid player to roster for the rest of the season, especially with Atlanta likely to move Kent Bazemore  ….  Former Hawk Jeff Teague just can’t shake his foot/ankle issues, and his most recent flare-up sounds like it could sideline him for a while, possibly thru the All-Star break. With Tyus Jones also out and Derrick Rose leaving Thursday’s game with another lower body injury, Jerryd Bayless is a speculative flier in deeper leagues. The man who Sixers fans basically ran out of Philly scored 14 points on 16 shots Tuesday night and followed that up with 16 points and eight assists in 30 minutes on Thursday. However, he does get two very tough matchups in a home-and-away set vs. the Jazz this weekend  ….  Chris Paul (hamstring) has been upgraded to ‘questionable’ for Friday’s game vs. the Raptors. If he plays, it’ll be the first time he takes the court since December 20  ….  The Cavs will take their time with Tristan Thompson, and with Ante Zizic flourishing, Larry Nance back Friday, and Kevin Love returning to practice, there’s not much reason to hold on to Mr. Khloe Kardashian in fantasy leagues. Zizic is averaging 17.5 points and 8.3 boards over his last four games and is available in 64 percent of Fantrax leagues.