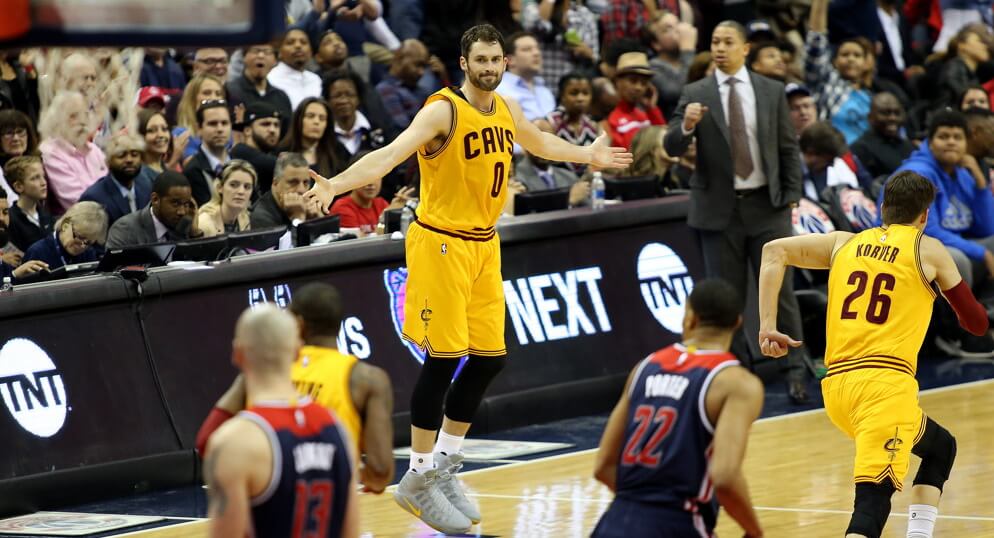 Outside of the center position, our Monday article was superb. We got great games from our high-end guys like Kristaps Porzingis, Bam Adebayo, and Bradley Beal while getting fantastic values from cheap players like Derrick Jones, Jalen Brunson, and Bruce Brown. With that in mind, let’s get into our 12/18 NBA DFS picks!

Paul was someone who I was targeting a lot in season-long formats because of his diminished price and it’s hard to understand why everyone continues to undervalue him. We’re talking about a perennial All-Star in one of the best situations of his career. He’s shown just how valuable he can be recently, scoring at least 35 DK points in six-straight games while averaging 45 fantasy points per game in that span. That’s bad news for a Memphis team who sits fifth in pace and 26th in total defense.

With J.J. Redick expected to miss another game here, look for Ball to get another start. That was the case on Tuesday when Ball played 35 minutes and got up 13 shots. The simple fact is, Ball will provide great value as long as he plays 30-plus minutes at this sort of price tag. For the season, he’s averaging 27 DK points across 28 minutes a game. That equates to a fantasy point-per minute and he should be able to continue his stat-stuffing ways against a Minnesota team who ranks fourth in pace and 27th in points allowed.

With Klay Thompson and Stephen Curry out of the picture, Russell is really the only guy left. While he’s been terribly inconsistent this season, he has too much upside to be sitting below $8,000 on both sites. If you take out Russell’s four games where he either got injured or came off of injury, he’s averaging nearly 40 DraftKings points per game. That’s really no surprise when you see that he leads the team with 18 shots a game and a 31 percent usage rate. We’re certainly not worried about a Portland team who sits 21st in both points allowed and defensive efficiency either.

With Luka Doncic injured, Curry should be in for one of the biggest roles of his career. In the last game without Doncic, Curry dropped 38.3 DK points. That was backed up by 50.3-point gem on December 12. That tells us that he has legitimate 10X upside in this $4,500 range and it’s hard to understand why his price remains so low. Having Doncic out opens up about 30 points and 10 assists worth of production which doesn’t even take into consideration his 20 shots and 30 percent usage rate.

This might be the first time I’ve written up Wiggins this season and I’m embarrassed to say that with the way he’s been playing. For the year, Wiggins is averaging 40.1 DK points per game. What’s made him so good is the fact that he’s leading the T’Wolves with a 29 percent usage rate while taking 20.3 shots per game. That’s horrifying for a Pelicans team who sits 29th in points allowed and 28th in defensive efficiency. Not to mention, both of these teams rank Top-7 in pace, making this one of the most enticing games for DFS purposes.

Jones was in this article on Monday and he’s going to remain in it until he gets above $5,000. The simple fact is, he’s developed as the go-to sixth-man for this team. In fact, Jones has played at least 26 minutes in six-straight games while averaging 29.7 DK points per game across his last four fixtures. That’s really all we can hope for from a fantasy point-per minute producer like this and we can’t argue with the fact that he’s regularly providing 7X value.

I’ve always had an unfair biased towards Love for whatever reason and I truly believe that he’s too good to be priced this cheaply. How often do you see a guy who’s averaging 36 DK points per game priced below $7,000? That’s just what we have here and a bunch of blowouts makes those numbers look even worse than they actually are. We actually expect this game to be close for once, facing a Charlotte team who sits 24th in defensive efficiency. That has led to this 3.5-point spread in favor of Cleveland. If you’re telling me that the Cavs are favored and it’s expected to be close, that means Love is a great bet to play 30-35 minutes and provide a lofty double-double. Not to mention, Love plays some center and the Hornets allow the most fantasy points in the NBA to opposing centers.

Markkanen got off to a miserable start this season but recent results tell us that he’s climbing out of his slump. Not only has he scored at least 25 DK points in nine of his last 10 games, Markkanen is also averaging over 29 fantasy points per game in that span. That’s the stud we’ve been waiting for all season and it’s a great sign that his early-season slump is a thing of the past. Facing Washington is a good way to keep rolling, with the Wizards sitting dead-last in both points allowed and defensive efficiency.

Gasol busted for us on Monday at $5,800 but we’re going right back to the well with the price drop. The reason for that is because he was in his best stretch of the season before that dud. In fact, Gasol had at least 39 DK points in three-straight before that, averaging 44 fantasy points per game in that span. Getting to face Detroit isn’t too shabby either, with the Pistons ranked 19th in defensive efficiency.