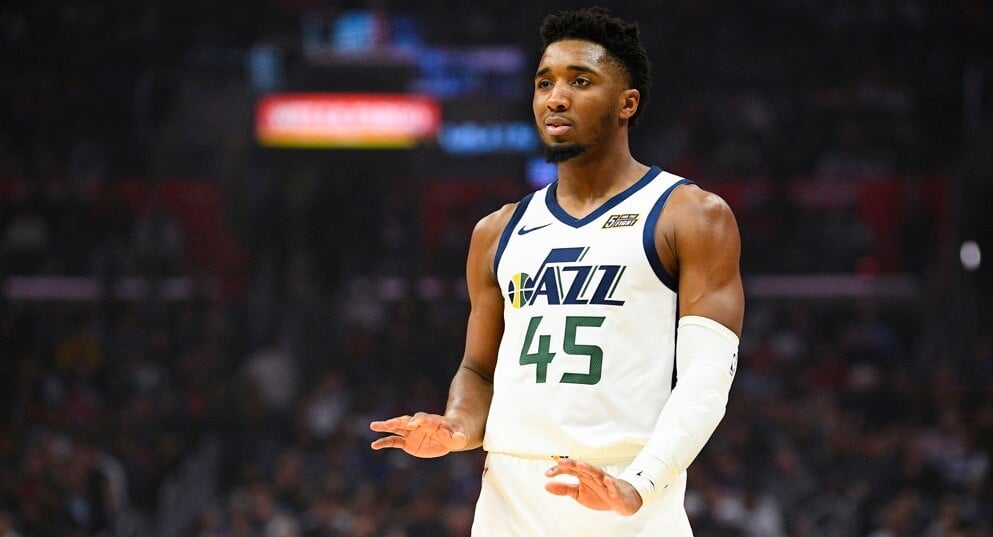 If you read Friday’s article, it’s very possible you had a big payday. Not only did Anthony Davis have a 41-point gem as our highlight player, but we also got special performances from Devin Booker, Damian Lillard, Hassan Whiteside, Julius Randle, and Enes Kanter. That led to one of my most profitable days of the season and I hope it did the same for you too! Let’s keep the momentum rolling here with our 1/6 NBA DFS picks!

Holiday is one of the most under-owned players in season-long formats and it’s clear these DFS sites are slow to adjust to his expanded role too. With Malcolm Brogdon expected to miss another game here, Holiday should continue his stead as the starting point guard for the Pacers. That’s led to him averaging 28.4 DK points per game across 30 minutes of action over his last eight starts. That’s brilliant production from a player in this price range and we love that he faces a Hornets team who sits 27th in defensive efficiency.

Fultz found his way into our article on Friday and he showed what makes him so valuable. While he went just 2-of-7 from the field and grabbed just one rebound, Fultz still had 23 DK points because of assists and steals. That extends a rather impressive stretch from the former top-pick, averaging 25.4 DK points per game across 28 minutes of action in his last 24 games played. We expect that average to hold up here, with Brooklyn surrendering the second-most fantasy points to opposing point guards this season.

Ever since Mike Conley went down with an injury, Mitchell has been stupendous. Scoring at least 27 DraftKings points in 15-straight games shows the floor he provides while a 40.3-point average over his last 11 fixtures shows the sort of upside he presents. Much of that has to do with his usage, averaging over 35 minutes and 21 shots per game with Conley off the floor. If he gets 35 minutes and 20-plus shots here, Mitchell could demolish a 28th-ranked Pelicans defense.

Hield is quietly in one of the best stretches of his career and it’s clear that he loves De’Aaron Fox back in the fold. Not only does he have at least 34 DraftKings points in the five games since Fox returned, but he’s also averaging 38 fantasy points per game in that span. Many thought his role would drop off with Fox handling the ball but his 37 minutes and 18 shot attempts per game in that span would indicate otherwise. In fact, it tells us that Fox is trying to get him more involved. The icing on the cake is the matchup though, with Golden State allowing the third-most fantasy points to opposing SGs this season.

Gordon has shifted over to the small forward position in the absence of Jonathan Isaac and It appears to have lit a fire underneath AG. That’s clear when you see that Gordon has at least 26 DK points in six of his last seven games while grabbing at least seven rebounds in all six of those. That’s the thing that really changes his value and it’s clear he’s more cognizant of rebounding with Isaac out of the picture. We have to love this increase against a team like the Nets, with Brooklyn ranked 19th in points allowed.

Indiana is going to be a major target for us today without Brogdon and that alone makes Warren an intriguing option. With him off the floor, Warren ties Holiday for the team lead with a 24 percent usage rate. That’s huge for a shooter like this, with Warren averaging 14.1 shots across 32.6 minutes per game for the year. That usage has led to some fantastic fantasy production, scoring at least 26 DK points in six-straight games while averaging 33.5 fantasy points per game in that span. Not to mention, he faces a 27th ranked Hornets defense.

We’re going to go super cheap at power forward today. Capitalizing on injuries is always a major theme in this article and that’s the case yet again here. This happens to be the Kristaps Porzingis injury, as Kleber has been supreme in his absence. In the last three games without him, Maxi is averaging 32.6 DK points per game across 33.7 minutes of play. That’s unbelievable production from a player priced so affordably and we have to believe he’ll continue rolling as long as KP is out. Chicago has been terrible against power forwards too, surrendering the fifth-most fantasy points to them this season.

Millsap’s price has steadily been dropping all season long but this is a guy with too much potential to be this cheap. We’re talking about a former All-Star who used to regularly average 30-35 fantasy points per game, as his average is currently sitting at 25 DraftKings points per game this season. While that’s low for his standards, it’s still an incredible value from someone sitting in the $5,000-range. The reason we think he can surpass that average here is the matchup though, with Atlanta ranked 28th in defensive efficiency and 29th in points allowed. Getting to play in the city that made a name for him should conjure up some extra motivation too.

Gobert got off to a slow start but his recent resurgence makes him very enticing in a matchup like this. Let’s begin with that opposition, facing a Pelicans club who sits 26th in defensive efficiency, 28th in points allowed, and seventh in pace. That’s a recipe for Gobert to have a monster night and that would be far from surprising the way he’s balling right now. Since the opening week, Gobert is averaging 42 DK points per game, posting monster double-double averages. Don’t be shocked to see him flirt with a 20-20 gem here.

Kanter was also in the article on Friday and it’s hard to overlook just how good this dude is playing right now. Over his last 10 games played, Kanter is averaging 12.3 points, 11.6 rebounds and 1.6 blocks per game. What makes that amazing is the fact that he’s doing that damage in just 21.8 minutes per outing. That’s some of the best per-minute production you’ll ever see and we have to be encouraged that he’s played at least 23 minutes in three-straight fixtures. The matchup is simply a bonus, with Washington ranked dead-last in both points allowed and defensive efficiency. Don’t be afraid to stack the Celtics in this prime spot!