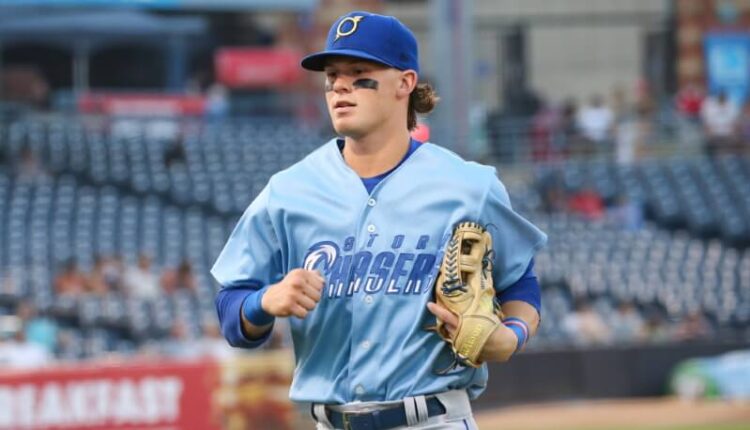 This week is the third installment of the mini-series looking through various scouting grades amongst hitting prospects. The goal is to identify players with similar skill sets who lack one particular tool. There are varying degrees of lacking, so not every player possesses the same precise combination. A top prospect like Bobby Witt Jr. or Oneil Cruz don’t have the same contact issues as some players on this list. But their hit tool falls short of their power/speed potential as it currently stands. It’s not an exact science, but I think it’s an intriguing exercise to place various players in groups and evaluate. I have personally used this method over the years to uncover sleepers that may be getting overlooked or on the verge of a breakout. It’s not flawless by any means, but familiarizing yourself with scouting grades and understanding what they all entail can only enhance your capabilities with identifying prospects.

There have been numerous players throughout the history of baseball who brought the alluring combination of power and speed to the table. Some of the great players currently residing in the Major Leagues share those tools. On the other hand, some players hit the ball hard, run fast, but could never make consistent enough contact for their upside to materialize. Some of them ended up fading into obscurity. The lesson in all of this is that it doesn’t matter how electric the home run and stolen base threat. If they can’t get to the point where their hit tool isn’t a liability, they won’t be in a position for their power and athleticism to thrive. If a prospect struggles to make contact against lower-level pitching, it’s an uphill battle to reach the highest level in the world and compete against pitchers throwing upper-90’s whiffle balls.

This group is ranked high on virtually every list out there. There may be varying opinions about exactly where they fall on lists, but they are all considered high-end prospects for a reason. Each player (with the possible exception of Davis) should see ample time in the Major Leagues in 2022, giving them the added boost of proximity. They have all had long stretches where they have outperformed their hit tool grades. I don’t think players this talented are “missing” the hit tool. It is just their weakest tool when stacked against power and speed. They all have the pop and athleticism to impact the home run and stolen base categories. The only lingering question at this stage is how each will ultimately settle in versus the best pitchers in the world. It’s important to remember there’s a difference between a power/speed player that hits .240 and one who hits .275 or better. The ability to make contact is essential, so there is still a wider range of outcomes for players like this compared to other premium prospects. On the other hand, if any of them settle in with a solid K% at the highest level, the potential for five-category production is a near certainty.

Here we have a very intriguing mix of players who have the potential to be viewed as a top-tier option. Each of these players has a pretty strong case to be valued as a top-100 prospect despite any current flaws that keep them from the upper echelon. Leon and Lewis (if healthy) should see their first big league action and are solid investments if you want someone close who won’t cost as much as a premium prospect. Players who have questions surrounding an injury, age vs. level, or proximity can cause differing views (and opportunities). You may find some managers take a more conservative approach and be slower to push a couple of these younger players up. The potential to land one or more of these players before they really pop make them very intriguing targets beyond their actual skill set. Once players are inside the top-100 on virtually every list, the same opportunities do not always present themselves. It’s vital to develop the skill to identify players with the right mix to become fast risers. Even if they don’t live up to growing hype, there is still a window to use their popularity to make moves in the trade market.

This group you will find scattered on lists in various spots. Each of them offers intrigue but also some level of concern. Many of these prospects are on the older side for their competition and find themselves entering a “prove it” season. Whether due to injuries, being blocked, or off-the-field issues, something keeps their value in check. Some of their hit tools are more advanced than others. Managers that prefer prospects in the upper levels could find some appealing options here. A couple of them have made a top-100 appearance for their power/speed, but the hype is minimal compared to higher-profile players. In general, handle this group relatively cautiously when paying for their services. Some legitimate fantasy contributors could emerge from this group, but it’s best to treat them as buy-low candidates rather than breaking the bank to acquire them. Each player has concerns that keep them from being valued high across the board, but that doesn’t mean they are lost causes.

The majority of this tier consists of early-round prep selections from the 2021 MLB draft. If you’re in rebuild mode or like targeting younger players with upside, this is the group for you. Each player is recognized within the dynasty community and receives varying levels of praise. It is harder to gauge the hit tool early because of the lack of professional data compared to older prospects. Some have already shown promising signs, but the picture will become clear once they play full-season ball. There’s an opportunity in this range each season to find a player who is viewed as the complete package once we can see a bigger sample size. Some of these players will flame out on their way to the top, but you may also find the next “must-have” prospect lingering here. Proximity to the Majors is a factor that needs to be factored in when evaluating players, but it’s not the most crucial aspect. Many people may not have the patience to wait for these players to develop and contribute to fantasy rosters. But that doesn’t mean they aren’t wise investments regardless of your preferred style. There will always be a healthy trade market for the next crop of power/speed threats.