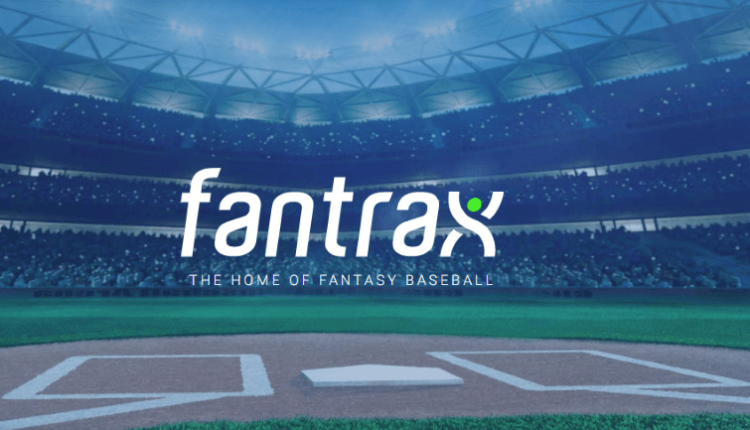 Early in the offseason, the staff here at Fantrax ran a mock draft. We’re currently in a second mock that you can check out here, and as we go through it, I dove into some of the players with the biggest changes.

Our first mock happened in early October before ADP or any other preset rankings happened, and obviously for this one we have a ton of ADP settings. But, before I dive into the draft I wanted to show you some of the new draft room features we’ve been using for this draft!

Old draft lobby for this draft on a desktop 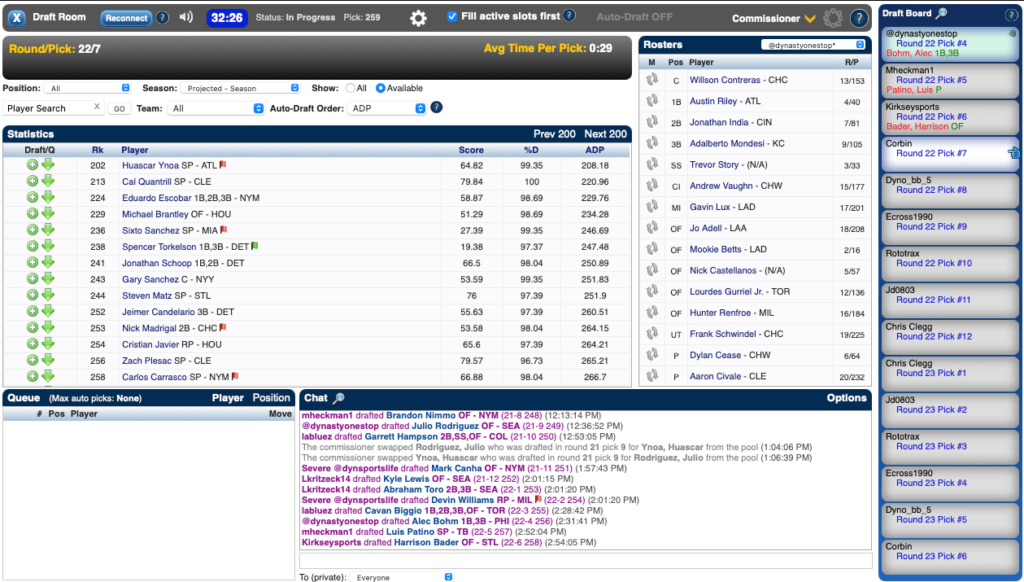 New draft lobby for this draft on a desktop 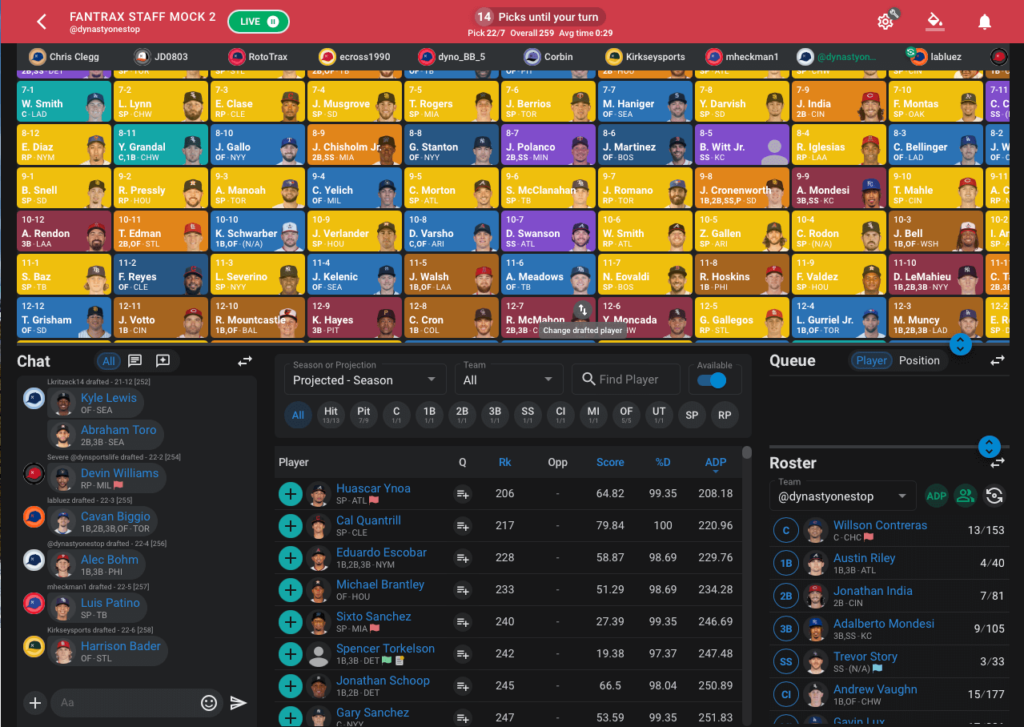 Old draft lobby for this draft on mobile (in browser) 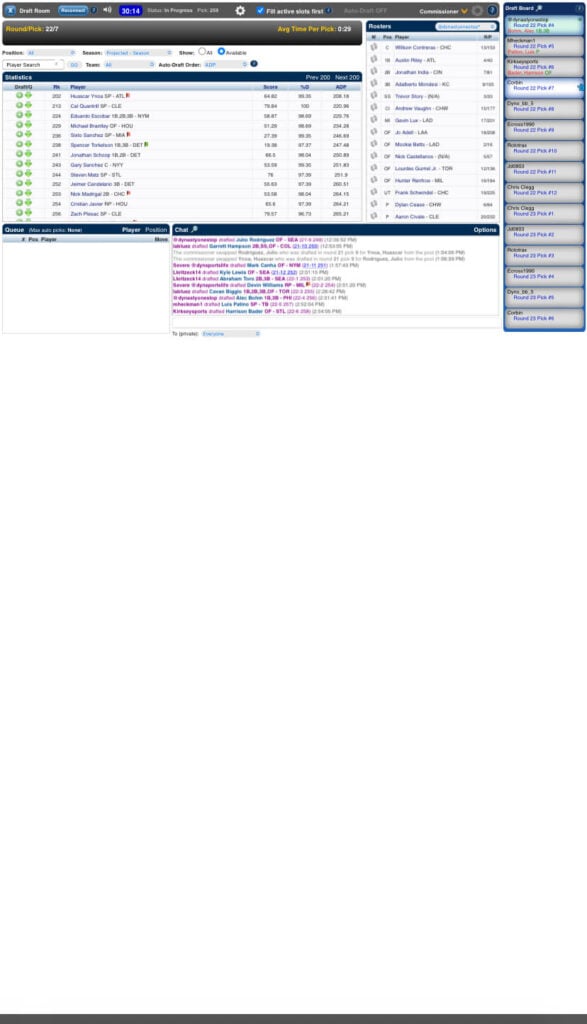 New draft lobby for this draft on mobile (in app)

This new draft lobby is very impressive, the draft board is at the top, with the count of picks till your turn, the average time, and the live clock. You’ve got a roster in the lower right (or wherever you decide to put it), the queue, the chat/draft lobby, and the player pool! It’s a remarkably clean lobby, the draft room in the app is really nice as well, the trading, commissioner tools, everything. I’m really excited for it to drop for everyone to use.

Anyways, back to the actual draft:

The largest changes in draft slot overall were as follows

So, what changed with these players? For many, since we only had some things change before the lockout there really haven’t been many changes in player evaluations.

On the other hand another “old” starter in Justin Verlander jumped 82 picks, and has an ADP of 108.1 since the first draft, going at 117 here. I think people have continued to warm up to Verlander’s return, and the projection systems certainly agree that Verlander could be back to his resurgent self. I’m a little nervous given the injury and age, but otherwise that’s interesting.

C.J. Cron has taken a 71 spot jump since the first mock with his ADP. I think this is in part driven by the fact that his stats are quite impressive and his projections have him in the 91-98st percentile in HR, 97th percentile in runs, 93-99th percentile in RBIs, obviously not great in SB, and 87-98th percentile in average. Moreover, though, I think the massive drop-off at first base has made it so Cron has moved up into the last stop group of 1B. This is also part of why Josh Bell has jumped up to 111 and Rhys Hoskins to 128 because 1B is AWFUL after these guys.

Michael Kopech has jumped from 223 to 157, and in Eno Sarris’ stuff+ and metrics and his combination of stuff+, location+, pitching +, and CSW is all among the top of that group and he’s got a rotation spot right now… so that jump makes sense, and is even above his NFBC ADP.

Yasmani Grandal also jumped up 61 from 156 to 95 and an adp of 98.14. I like Grandal, but I prefer him in OBP. It’s worth noting NFBC are (awful) two-catcher leagues which should push up the top tier of catchers. However, he’s projected for an average in the 230s… so he’s not my catcher target at that draft price.

Before we wrap it up, some thoughts on my roster, especially some guys I really like at their current price:

As I noted, first base is thin, so in this league, the eligibility made it so Austin Riley is 1B and 3B eligible so I was happy to grab him, and then later, one of my favorite ROI targets, Andrew Vaughn has 1B and OF eligibility as a great back-up. I grabbed Jo Adell at 208, and I’m a big fan of Adell this year and going forward. His average may not be the prettiest, but I like his numbers, and a lineup with Mike Trout, Shohei Ohtani, and Anthony Rendon is not a bad group to hit with.

My biggest regret on this roster so far is saves. I got Raisel Iglesias, but missed out on many of my CL2 targets so, at this point, there is no point in jumping for some meh closers with bad ratios.