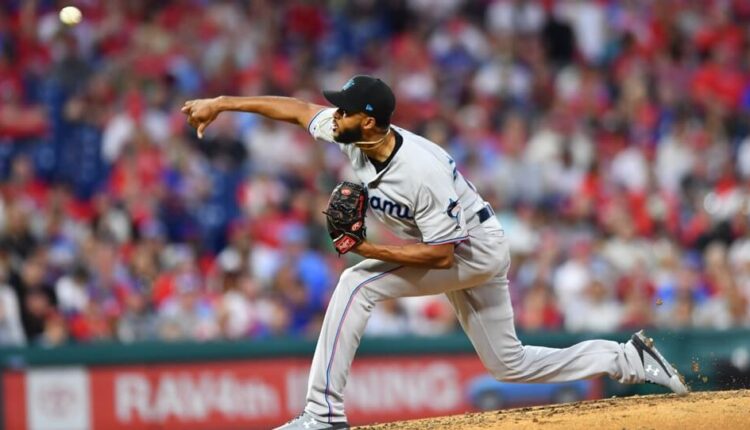 You can see, we have Great American Ball Park, Camden Yards, and Fenway Park that all host elite hitting environments. There is also a clash of the titans in Seattle with Houston versus the Mariners. There are also plenty of pitching-friendly options over the weekend. More on that in the Ballparks section of this column.

Presently, the weather looks like it should be all clear for the games on Friday and Saturday. There is a slight chance for rain in Atlanta on Friday, but nothing that should impact the game. Be sure to check all forecasts closer to game time.

St. Louis Cardinals (@ CIN) – Sometimes MLB DFS can be a simple game. In this case, take a top-10 offense that has produced the sixth-most runs this season plus the likely NL MVP in Paul Goldschmidt, and let them hit in the best environment in baseball. See, simple game. But be prepared to pay up for the rights to play Cardinals’ bats in Cincinnati. The DFS sites are wising up to how much of a bandbox the park is and are adjusting hitter prices appropriately. They will particularly pay attention to that salary when pitchers like Graham Ashcroft and Mike Minor are on the bump this weekend.

New York Yankees (@ BAL) – The Yankees finally travel back to Camden Yards to face a divisional rival, and I think they will be happy to get back to a place where they traditionally mash the ball. After losing two on Thursday in Houston, the Yankees will make the trip north to a much better offensive environment, where they will also face a lesser quality of pitcher.

Even before the Yankees travel to Camden Yards and its top-10 offensive park factor, they are a dangerous road offense. They have the highest slugging percentage and OPS, plus the second-highest on-base percentage of any team on the road this year, and have hit 72 of their 157 homers away from Yankee Stadium. Pay special attention to the left-handed bats in this series. I would even watch the cheap ones like the white-hot Matt Carpenter and Joey Gallo. The Orioles will roll out three straight righties for the series and they are not known for left-handed bullpen relief. And of course, be prepared to pay the Baltimore tax, but this is usually the park and the park of the season when Gleyber Torres starts going ballistic.

Miami Marlins (@ PIT) – If ever we were to look for the opposite end of the spectrum that shows how great the Yankees are on the road, we would likely find the Pittsburgh Pirates and how bad they are at home. The Pirates rank 29th in OBP at home (.300) this season and are just 24th in OPS. The Pirates strike out more than 23% of the time at home, a bottom-12 number in the major leagues.

On Saturday, the Pirates will face young phenom Max Meyer who will try to right the ship after a very uneven first start before the break. But it’s already clear who everyone will have as their SP1 on Sunday – Sandy Alcantara. As part of his Cy Young-caliber season, Alcantara has only allowed more than two earned runs just twice this season. He has also raised his strikeout rate in July to an elite 32.1%. Against a team like the Pirates who have the highest strikeout rate in the National League, this sets up a start on Sunday where Alcantara should ultimately dominate.

Houston Astros (@ SEA) – The 14-game win streak for the Seattle Mariners will face a stiff test this weekend when the potent Astros’ bats come to town, but they are also lined up with their top three pitchers for the weekend, and we are likely to see a lot of groundball outs from the Mariners’ batters. All of Justin Verlander, Framber Valdez, and Jose Urquidy will toe the rubber this weekend in the best pitchers’ park in the majors. Each of those three pitches induces at least 35% groundballs, led by Valdez whose 67% GB rate is 10 percentage points higher than any other pitcher this year. On the year, the Mariners as a team hit more than 40% of their balls in play on the ground and they also produce the fourth-most soft contact in the majors. This series has major postseason implications for Seattle, who are looking to make it back to the postseason for the first time in over 20 years, but they face a tough task against the AL West leaders this weekend.

Brandon Lowe (2B, TBR) – The Rays’ second baseman missed exactly two months with a significant back injury and only made it back for two games before the All-Star Break. But in those two games, he went 6-for-9 with two doubles and four runs to prove he is fully healthy again. He should slot right back into the cleanup spot in the lineup just in time for some juicy matchups against the Kansas City Royals. Lefty Lowe will face three straight soft-tossing right-handers in Zach Greinke, Brad Keller, and Brady Singer. In his career against right-handers, Lowe slashes .265/.359/.527 for an .886 OPS. Compare that to a .755 OPS against southpaws and you can see why this might be an attractive weekend for Lowe. Lowe is just the 15th-most expensive second baseman on Friday night on DraftKings. If we get that kind of discount all weekend, Lowe should pay plenty of dividends.

Joe Ryan (SP, MIN) – The Minnesota Twins play just two games in Detroit against the Tigers this weekend. And while Sonny Gray makes for a cheap SP2 dart throw on Saturday, I can already tell Joe Ryan is going to be one of my favorite plays of the weekend when he goes on Sunday. To start, he has allowed more than three earned runs just once in his last eight starts including shutting down the Brewers over 5.1 innings in his last start. Add to that streak the ineptitude from Detroit and this looks like a DFS match made in heaven. The Tigers rank dead last in the league in slugging (.316) and 29th in on-base percentage (.274) against right-handers this year. In his last start against the Tigers, Joe Ryan had the best outing of his very young career. He pitched seven innings without allowing a run while giving up just one hit and striking out nine. Give me all the Joe Ryan this weekend assuming a reasonable salary.