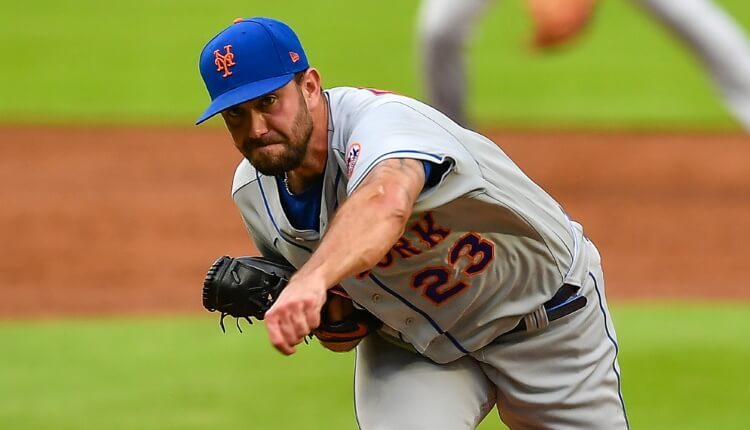 Welcome to Week Thirteen of your pitching streamers! Here we like to give you an edge over your competition every week by helping find diamonds in the rough when it comes to borderline rosterable pitchers. Everyone needs to do this in one way or another during the season, and it’s important that you have the best information for making these decisions when it comes to beating your opponent.

Dane Dunning (11% Rostered) Monday @BAL – While a 1-6 record with a 4.09 ERA is far from anything sexy, Dunning has quietly been pretty good as of late. Over his last four starts, Dunning has gone at least six innings in three of them, while allowing two earned runs or less. Overall, in June, Dunning pitched to an effective 3.74 ERA across his 33.2 innings pitched and showed he could pitch decently against weaker opponents.

Baltimore would qualify as a weaker opponent as judged by their .294 wOBA and 90 wRC+ against RHP this season. Over the last two weeks, they’re striking out nearly 27% against righties as well. Dunning should be a solid streamer here.

Mitch White (5% Rostered) Tuesday vs COL  – A somewhat unexpected contributor to the Dodgers this season, White has been effective with a 3.85 xERA and nearly a strikeout per inning as he’s floated between the rotation and the bullpen. White has done an excellent job of limiting hard contact, as shown by his 33% hard-hit rate, and has his slider and curveball both getting 34%+ whiff rates on them.

White has a great matchup in the road Rockies, who have a .261 wOBA & 65 wRC+ against RHP on the road this season. Those are both second-worst in baseball. White should have no problem giving you a quality start in this game.

Alex Cobb (27% Rostered) Wednesday @ARI  – If you’ve followed Alex Cobb this season, you know his stats don’t tell the full story of just how good he potentially could be. In a season marred by injuries and bad luck, Cobb has ranked in the top 7% of baseball in xSLG, xwOBA, barrel percentage, chase rate, and xERA. Not only that, Cobb is striking out a career-high 25.6% of batters, while allowing a career-low 33.6% hard-hit rate. The regression to the mean has begun as Cobb has a 1.88 ERA over his last four starts and looks to be settling in nicely.

Arizona has a .289 wOBA on the season against RHP and an 83 wRC+ over the last two weeks (4th-worst in baseball). Cobb should be ready to deliver in a big way in this one.

David Peterson (L) (28% Rostered) Thursday vs MIA – Peterson has really burst onto the scene over his last three starts, going 18.1 innings and pitching to a 2.48 ERA with an eye-popping 25 strikeouts. The big reason in the transformation is Peterson’s slider becoming an incredible pitch, with a 48.9% whiff rate. It has two extra ticks of velocity, nearly 100 more rpm’s of spin, and he’s using it roughly 2% more in his starts this season than in 2021.

Peterson goes against the Marlins at home, who have a nearly 26% strikeout rate against LHP over the last two weeks, and a .305 wOBA against them on the season. Peterson should be a no-brainer streamer and you might have to pick him up a few days early to beat your league mates to him.

Michael Lorenzen (30% Rostered) Thursday @BAL  – Finding the fifth streamer was harder this week than normal, but Lorenzen gets the spot here against the Orioles. Lorenzen’s expected stats still show that he’s a solid pitcher, and I think in the right matchups, he can fill in admirably. While four of his last five outings have been subpar to say the least, they’ve been against good offenses in the Phillies, Mariners, and Astros.

The Baltimore Orioles are not them. Especially with their .294 wOBA and 82 wRC+ against RHP over the last two weeks, with one of the worst offensive ballparks in the majors this season. Lorenzen should be able to help you out if you’re in a pinch.