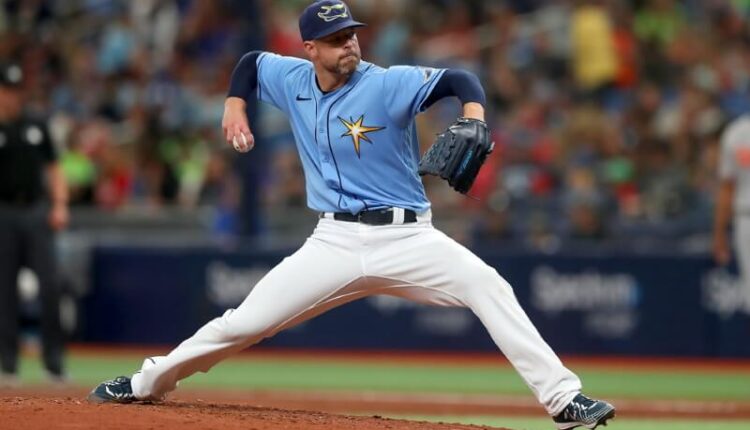 Welcome to David Mendelson’s Weekly Starting Pitcher Streamers for the week of May 9 – May 12.

We’re back and already in Week 6! This season seems to be flying by, even if baseballs aren’t necessarily flying off bats. We’ve seen record low offensive numbers in terms of batting average, strikeout rates, hits per game, and more. While offense continues to struggle in the colder months, pitching has continued to THRIVE. It’s making this article’s hit rate (pun intended), to be a lot higher. Let’s keep the party rocking going into this week!

Corey Kluber (49% Rostered) Monday @LAA  – Kluber pitched a gem in his last start, throwing six innings of scoreless baseball. In that start, he allowed only four baserunners while striking out seven. He got 10 whiffs on just 64 pitches (15.6 SwStr rate). He has a 2.36 ERA on the season and has only given up more than two earned runs in one outing this season.

While the Angels are in the middle of the pack in terms of offensive statistics, they are striking out nearly 26% of the time against RHP since the end of April. Kluber is coming in hot and deserves your trust in this start.

Brad Keller (27% Rostered) Tuesday @TEX  – The good? Brad Keller has a 1.74 ERA, a 0.84 WHIP, and has gone at least six innings in four of his five starts this season. The bad? Keller has only 19 K’s in 31 IP with his expected stats showing regression is coming. Still, Keller’s slider has remained excellent and been a great primary pitch for him leading to this success.

Texas has a putrid wRC+ of 63 against RHP since April 23rd, with many of their hitters hitting in the low .200’s. Their team collectively is hitting .198 with a 0.95 ISO. I’d give Keller the nod in his start against the Rangers.

Madison Bumgarner (LHP) (30% Rostered) Tuesday vs MIA – The first image that may come to your mind about Bumgarner is his awkward exchange with umpire Dan Bellino feeling his fingers and looking into his eyes. I promise you that there is more to MadBum than that. While the strikeout stuff hasn’t been there (15 K’s in 24 IP), he hasn’t given up more than 1 ER in any outing this season. That includes against offenses like the San Diego Padres, New York Mets, & St. Louis Cardinals.

Bumgarner faces the same Miami Marlins where his outing was cut short in his last start. The Marlins rank in the bottom ten against LHP in wRC+, ISO, wOBA, and are the worst in K’s against LHP striking out over 31% of the time over the last two weeks. Bumgarner is a great streamer.

Tyler Anderson (LHP) (18% Rostered) Wednesday @PIT  – Tyler Anderson is a hard pitcher to trust, even with the Los Angeles Dodgers. Anderson is known for having decent stretches in his career, followed by major blow-up games that absolutely destroy your ratios. While that day may still come at some point, I don’t think it’ll be in this start.

The Pirates have a 43 wRC+ against LHP over the last two weeks, and Anderson has so far shown the ability to maintain elite average exit velocity and hard-hit rates against him. For a Pittsburgh team that is batting collectively under .150 over this time period against LHP, I like Anderson in this start.

Mitch Keller (3% Rostered) Thursday vs CIN – When in doubt, start your pitchers against the woeful three-win Cincinnati Reds. Keller may have a 5.32 ERA, but he actually has a 2.68 xERA. Furthermore, Keller’s hard-hit percentage is down and K rate is up from the last two seasons, with the increased velocity being a big part of his mini-turnaround.

The Reds offense is scoring the least runs per game of any major league team this season while being in the bottom third of every offensive statistic. We’re all in on both Keller’s for this upcoming week!