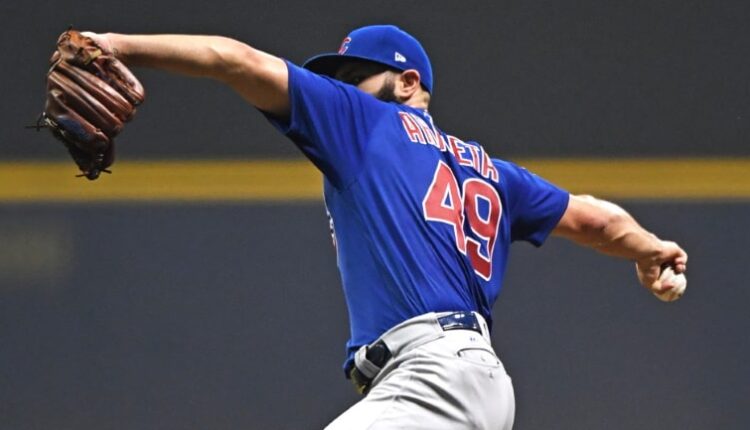 Welcome to the 2021 Major League Baseball Season! We’ve finally made it. After the 60-game wild ride we saw last season, we finally get the full goodness of 162 this season. Now, if you’re reading this article you play Fantasy Baseball most likely. We all know one of the biggest headaches in Fantasy Baseball is streaming pitchers. There are not many things worse than streaming the wrong pitcher that blows up.

My goal all season is to provide you with the BEST pitching streamers each week to hopefully help you when you’re in a pinch. It’s important to remember that I won’t always be right (no one is), but I hope to provide you with winning streamers more often than not. The criteria for being in this article? The pitcher must be rostered in 50% or less of leagues on NFBC (the site being referenced for these articles).

This article will go out every Saturday Morning so make sure to make necessary adjustments with postponements, starts skipped, IL stints, etc affecting the projected pitcher starting. With it being the first week of the season, there is not much data to go off of yet but we will have more data to build off of as the season moves along.

Percentage Rostered – Pitcher must be rostered in 50% or fewer of NFBC leagues to qualify for this article.

Austin Gomber (10% Rostered) vs LAD  – Let’s preface this by saying the slate for Sunday’s game is abnormally thin. We’ll have to dig deep into the well for this pick. Enter Austin Gomber, who was the main piece acquired from the Cardinals in the Nolan Arenado trade. Gomber has one experience at Coors Field but it was a beauty: six innings, two runs (one earned), five hits, six strikeouts in a win.

Carlos Rodon (51% Rostered) @ SEA  – I’m cheating a little bit with Rodon. He is 1% over the normal threshold just because this is too juicy of a matchup. Rodon was non-tendered by the White Sox this past offseason but brought back two months later via free agency. The White Sox are sure glad to have him back after a tremendous Spring Training that saw him accumulate a 1.32 ERA and a 16-to-1 strikeout-to-walk ratio in 13.2 innings. The key seems to be this new curveball that he added to his arsenal courtesy of new pitching coach Ethan Katz. Against a Mariners lineup that struggled last season, I like Rodon here.

Wade Miley (5% Rostered) vs PIT – Miley dealt with a hamstring issue that was an early problem this Spring. The Reds moved him back to the fifth spot so he could get extra reps in, which including an intrasquad scrimmage on Wednesday. Pittsburgh was in the middle of the pack in terms of wRC+ vs LHP last season, but 7th worst in ISO. In 10 career starts vs. Pittsburgh, Miley is 2-3 with a 3.98 ERA. You could do a lot worse here.

Justin Dunn (7% Rostered) vs CHW – A rough matchup on a tough slate for pitching streamers. The righty Dunn will get to put all of his revamped weapons to the test of the regular season when he starts the series finale against Chicago. Dunn was able to dial his fastball up to 96 mph in Spring Training and had his breaking pitches breaking a lot sharper. The problem with Dunn is his command can be shaky at times. The stuff is there with 15 K’s in 11 IP in Spring Training, but he also paired it with 9 BB’s. If Dunn can hone his command this start, he’ll pay off in a big way.

Jake Arrieta (39% Rostered) @ PIT  – Focusing on pitching streamers who face Pittsburgh seems to be a good plan most of the time right? History has actually shown that a pitcher does as good if not better the second time they face a team than they do the first time. I’m hoping this will be the case with Arrieta without having seen his first outing as of this writing. Arrieta may not have the stuff he did 5 or 6 years ago, but he should be able to get you close to a quality start in this spot.

Jon Gray (7% Rostered) @ SF – Only 9 games on this slate with many of the pitchers over the roster threshold. I’m going to look at Gray here. His K rate dropped to a career-low last season, but that was nearly 10% lower than his previous worst. There’s a lot of bounce-back potential here as he had below league average barrels, launch angle, and exit velocity in most of his previous seasons before 2020. The Giants are not a bad lineup, but in that spacious ballpark could be a nice spot for Gray here.

Make sure to follow me on Twitter @DMendy02 and tag me if I helped you strike gold with a stream. Good luck!