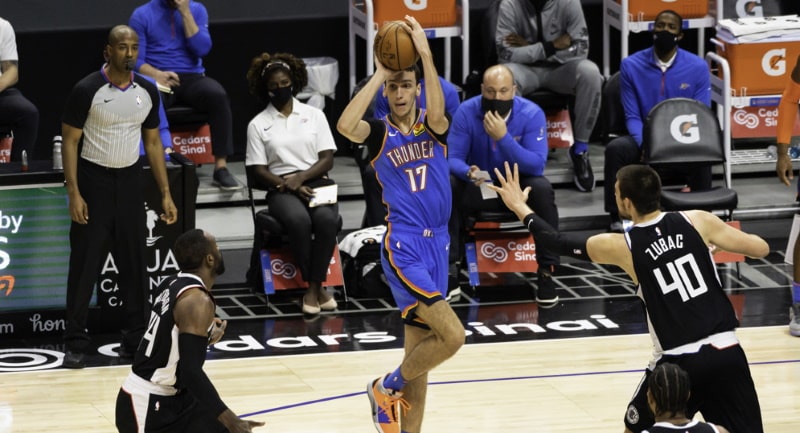 IT’S PLAYOFF TIME! Well, it is for those leagues that prefer two-week playoff matchups. For others, it is the last gasp effort to capture the potential bye week as a top seed or sneak into the playoffs to upset the field. Luckily, this week’s slate brings consistent action each night, with at least 14 teams playing each night. Let’s jump into the fantasy basketball schedule preview for April 5-11.

At this point in the season, you know your team, the major players, and the young rookies and sophomores that are surging with extended playing time. With the schedule looking relatively even over the entire week, you might use a different streaming strategy. There should not be any drastic moves to make, so it is all about smoothing your team’s edges and boosting categories where appropriate. Let’s take a look at some deep-league options for this week’s schedule that will give your team the competitive advantage for this make-or-break week.

Returning from a brief COVID absence on April 2nd, Pokusevski filled the stat sheet with 20 points, 4 threes, 5 rebounds, and 4 assists. Expect inconsistency, but with increased usage and minutes above 30, Aleksej makes a great streamer this week and potentially a more permanent fixture on your roster for the playoffs.

Hayes has been out since January and returns to a Detroit team with question marks galore. While we don’t know Hayes’ role out of the gate, it is reasonable to expect him to be eased in and sit back-to-backs. However, the Pistons have all the incentive to ramp up Hayes’ workload to get him reps as the starting point guard. If you are looking for a deep league stash, take a look at Killian Hayes. Once healthy his minutes should spike making him a surprise PG play at the end of your roster.

Hamidou Diallo has been efficient in the previous two games with production across multiple categories. In the last two weeks, he has averaged 14 points, 6 rebounds, and 1 block on 68% from the field. Strong usage, efficient shooting, rebounds, and defensive stats from the SG position are helpful and unique. With 5 games this week, Diallo is a great streamer and could be more if he continues to be efficient with his 25 minutes per game.

The Other Detroit Pistons

The Detroit Pistons’ roster is not fantasy-friendly at the moment, but they play 5 games, with 2 sets of back-to-backs. Corey Joseph, Josh Jackson, and Wayne Ellington are available in most leagues.

Joseph has been stable in his short stint in Detroit, excelling in assists and steals in over 25 minutes of time. His role should be somewhat consistent even with Killian Hayes returning.

Josh Jackson’s role is fluid, which is not great, but his 31-point outburst is a reason why you may want to take a risk on him if you need a game in competitive and deep leagues.

Ellington is a three-point streamer. If you want to flip that category, give him a look.

Shipped to Houston from Miami, Kelly Olynyk has commanded a respectable role in the Rocket’s frontcourt. In the past week, Olynyk has averaged 16 points, 1.5 threes, 5 rebounds, 3.5 assists, 1 steal, and 1 block on 60% shooting per game. This role and numbers suggest Olynyk is a great streamer in deep leagues with upside potential as an end of the roster front-court player.

The Houston Rockets continue their freefall. John Wall is starting to miss games. Ben McLemore has been released. Someone has to play! Avery Bradley is a player to watch. Bradley has not been more than a role player in years, but with this Rockets team, anything is possible. Bradley logged 27 minutes for the short-handed Rockets on Friday (April 2nd). If the minutes are there, then he is worth kicking the tires on as a streamer.

If you found enjoyed this fantasy basketball preview, you can get more help in making that final playoff push in the latest Fantasy Basketball Waiver Wire.