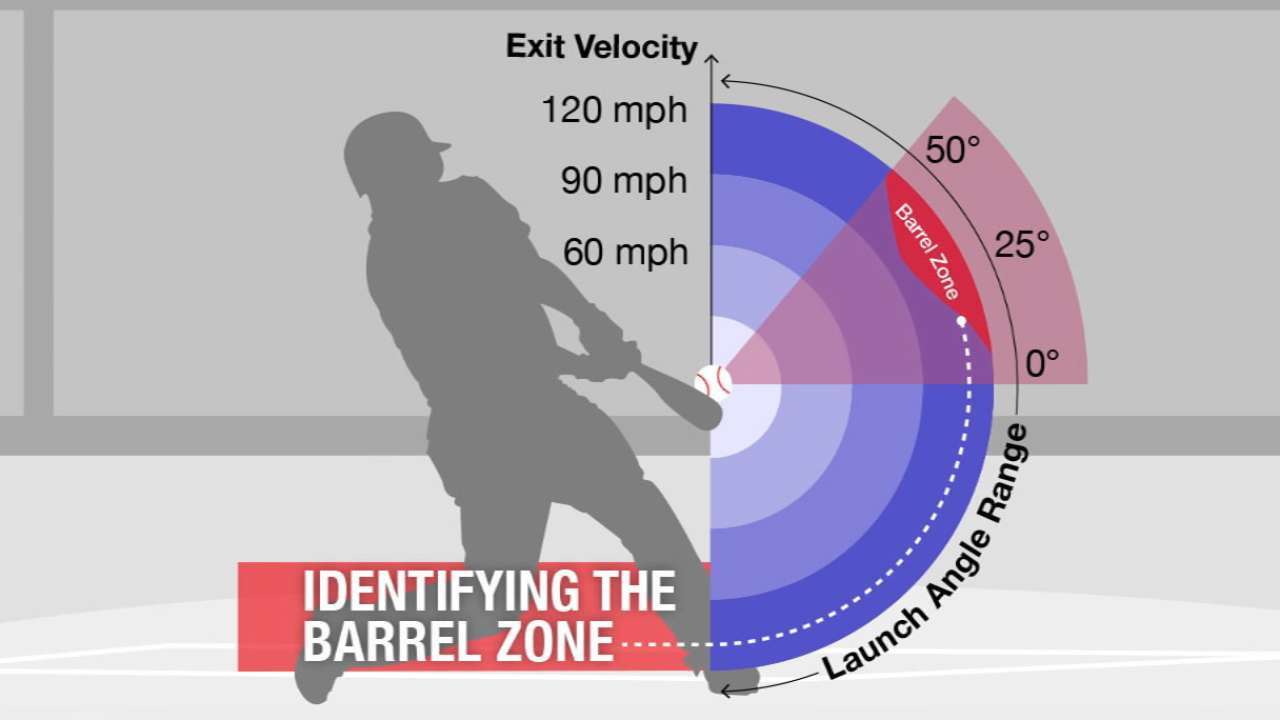 Yep, I said it! Somebody had to. Launch Angle and Exit Velocity are the newest and shiniest toys of the Statcast era, and like all new toys, everybody wants to play with them. But do they really help us as fantasy baseball owners? I’m gonna probably hear it from a bunch of pretty smart people, but it’s my sincere belief that your time can be spent in a lot of better ways. I also like to stir things up a bit and get a useful dialogue going when I think people are buying into something just because all the cool kids are. Feel free to show me the error of my ways in the comments or on Twitter.

Before people get their britches in a bind, I enjoy the insight that launch angle and exit velocity have given us when it comes to baseball. I enjoy seeing the exit velocity numbers Giancarlo Stanton and Aaron Judge are putting up in New York. I find it fascinating to see the way changes in launch angle have made Matt Carpenter a completely different hitter. There’s no doubt at all that these new performance-based metrics provide us with information we’ve never had access to before and they’re certainly fun to mess with. That, however, doesn’t mean they are really of much use in fantasy baseball. I have several reasons I think many fantasy baseball owners, as well as analysts, are making way too much of these new toys.

My Issues With Launch Angle and Exit Velocity

On the surface, it seems that Launch Angle and Exit Velocity would certainly be useful tools. And they are pretty basic in reality. Launch angles tells us… well the average angle a ball takes when a hitter puts the ball in play. And Exit Velocity shows how hard they are hitting it. Put those two together and you get home runs. Don’t we want players that hit home runs? Of course we do. My problem with these two metrics is that they really don’t tell us all that much we couldn’t figure out from just looking at home run totals. While presenting seemingly new information, the takeaway is redundant.

A look at the highest exit velocities last year reads like a who’s who among power hitters. Aren’t these the same names we see among baseball’s home run leaders? Average Exit Velocity might have a bit more use, but the names on this list sure look a lot like the ones on FanGraphs if you rank by Hard%. Has exit velocity really told us anything that we didn’t already know?

I’ve changed my tune ever so slightly on Launch Angle. My initial take was that, just like Exit Velocity, we could come away with the same information just by looking at home run leaders. I do however see a bit of value in Launch Angle when it comes to looking back at what a player has done. I’ll use Matt Carpenter as an example. He never showed this type of power previous to 2018 and I would normally be quick to write it off as a bit of a fluke. But now we can see the obvious changes in Launch Angle and have a decent level of confidence that the power gains may be mostly for real. So yeah, I can see a bit of value in Launch Angle in a retroactive use, but this leads me into my biggest beef with these metrics.

Neither Launch Angle or Exit Velocity are really predictive in nature; at least any more predictive than looking at a list of home-run leaders from a given time period. To be of maximum use I need a metric that gives me new information about what is likely to happen moving forward. I do not see how these new toys really do that. Did anyone discover any new breakout hitters this spring by using Launch Angle and Exit Velocity? Do you have sleepers for 2019 based on this new information? Heck, do these stats help me find breakout home run hitters any more than simply looking at a simple list of MLB’s doubles leaders?

If a statistic doesn’t really give me additional information over what I’ve used before, why bother with it? Until shown otherwise, I’m going to treat Launch Angle and Exit Velocity as the novelties I believe them to be.

As I said earlier, part of the reason for this article is to state what I believe. But the other part is to start a meaningful conversation. Every time a new metric comes along, people jump all over it like it’s the new Theory of Relativity. Remember when BABIP was a really big deal? Now we see it for what it is; a useful tool that can help us in a limited fashion if used the right way.

Are Launch Angle and Exit Velocity anything more? Can they really help us gain more insight into what lies ahead for certain hitters? I have my doubts, but I’m ready to be proven wrong. Have at it.