Kim Ha-seong: The Name To Know From The KBO 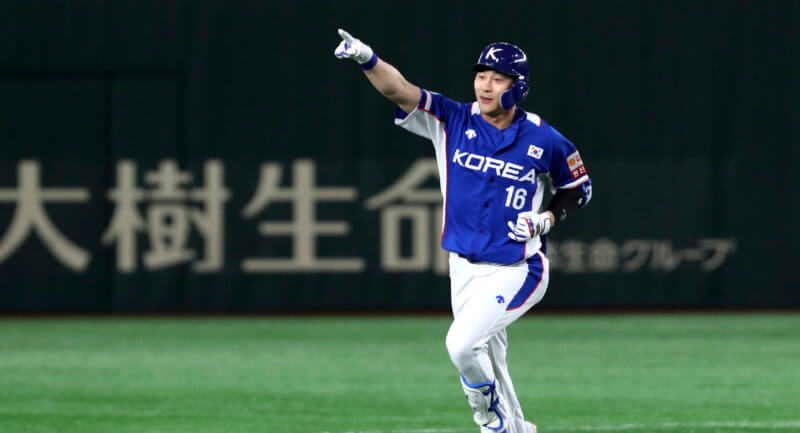 During a time of uncertainty, a new outlet for baseball lovers emerged. The KBO(Korea Baseball Organization) stepped into the spotlight on May 5 with fans eager to watch. Along with a fun and different play style came a wide array of unknown players-one of which, a young star infielder by the name of Kim Ha-seong.

In this piece, we are going to dive into the Kiwoom Heroes’ SS/3B. There is no BaseballSavant or data-tracking system like Hawkeye, so the means of breaking down a player are very much different. Even more challenging is that most people have never seen Kim on a ball field-let alone know how he will translate over to the MLB. The KBO has recently produced MLB talent: Hyun Jin Ryu, Eric Thames, Merrill Kelly, and Josh Lindblom. So it’s safe to say, just because the KBO talent level usually ranges between double-A and triple-A, that doesn’t mean there isn’t a star player ready to shine. So let’s take a swing!

Kim began playing professional baseball in the KBO at the age of 18, and one area that jumps out at the chart below is his durability. The KBO has a regular season of 144 total games, so Kim has only missed 27 regular-season games in the previous six seasons. His ability to stay on the field at the shortstop position will lend itself to an abundance of plate appearances.

There is a power+speed element to Ha-seong’s game that should open the eyes of many drafters. Kim was caught stealing quite a bit early in his career but smoothed that out by only getting caught six times in his last 64 attempts(87.5% success rate). Catchers are far superior in the MLB, so I wouldn’t expect a 25-30 stolen base season.

The power spiked in 2020; 30 HRs was the ninth most hit by any KBO player last season. Kim boasts a beautiful swing that has some pop in his game. That is a component that could transition nicely into the MLB. His frame is slight at 5 foot 9, 170 pounds, but he drives the ball well. When you watch some of the HRs Kim hit this season, there is definite pop as a few are 400+ foot no doubters.

You also notice that Kim hits for a high batting average. The ability to make contact against a pitcher, regardless of handedness, is the main reason. He did finish 2020 by walking(12.1 BB%) more than striking out(10.9 K%). The most significant difference will be how well he will handle pitchers with higher velocity. Note: there is an abundance of submarine pitchers in the KBO.

Kim Ha-seong won the Gold Glove award in 2018 and 2019 at shortstop. His primary position for the Heroes is shortstop, but his versatility could have him fielding multiple positions. Winning the Gold Glove in the KBO is a little different than in the MLB. The award is more offensive-based than defense, but he is a very strong defender as well. Notably, Kim has a strong arm and plenty of range to play the position at an MLB level.

An athletic profile like Kim’s is very desirable at shortstop. He showcases a power+speed profile that many fantasy owners drool over. Playing time won’t be a concern because he has shown the ability to stay healthy, and his vigorous defense will help keep him on the field.

Currently, his NFBC ADP in 15-team leagues is 203, and he is the 20th SS off the board. Depth Charts projects Ha-seong with 22 HRs, 8 SB, 155 run+RBI, and .244 AVG. While I believe the batting average and stolen base totals may be slightly light for Kim. I will offer up that Depth Charts projects Dansby Swanson to hit .246 with 21 HR, 11 SB, and 156 runs+RBI-except Swanson is going at an ADP of 98. That’s quite a gap for similar projections.

Shortstop is a plentiful position, and waiting to select a wildcard like Ha-Seong will make for huge returns. His downside? Ha-seong currently doesn’t have a team. Once he is on an MLB roster, his ADP will climb.

The hot stove is just starting to heat up, but FantraxHQ has been cooking for awhile now. Keep track of all our 2020-21 MLB Offseason Analysis.