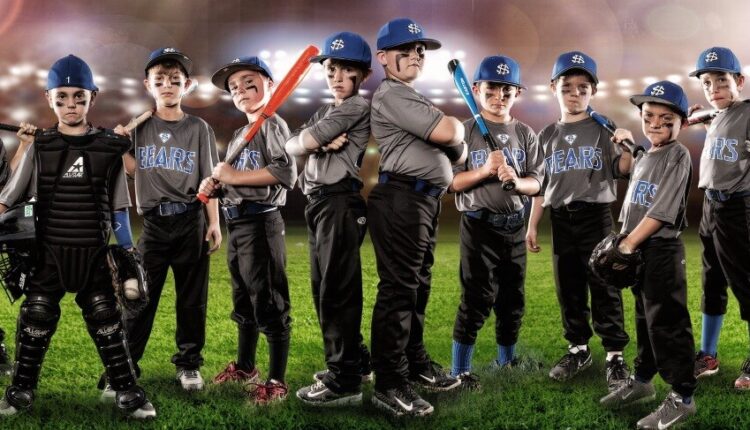 One of my favorite things in fantasy sports is FYPDs, it’s why I prefer dynasty leagues over re-drafts or even keeper leagues. The 2020 FYPD crop is one of the more interesting in a while because after Spencer Torkelson it is my belief you can go in a multitude of different directions. This article isn’t necessarily a ranking of hitters for FYPDs but instead, it is a list of guys that I will be targeting and implore you to also target and draft.

Most of the hitters below are guys that I would target starting after the second round. In most of my FYPDs, I target college hitters early and want to take upside youngsters later in the draft.

Cleveland has been doing a magnificent job with young athletic players in the draft and that’s Petey Halpin. Halpin from a fantasy perspective is interesting because he should hit for a high average and have some sneaky power. He has above-average bat-speed and can catch up to velocity all over the plate and can get ahold of one from time-to-time.  The Cleveland draftee could be a sneaky 20 homer threat during his peak seasons.

The power is gonna be useable and the average is gonna be an asset but why I would be targeting and coveting Halpin in a first-year player draft is because of the speed and base-running instincts. Yes speed is important, and Halpin has plus speed, but he combines that with good base-running instincts which will only help him and you in the fantasy game. Halpin, if given the opportunity to run could be an easy twenty stolen base guy and with a quality batting average and some decent pop, we could be seeing an Adam Eaton-type player.

Another hyper projectable outfield prospect that is young for the class(seems to me I have a type). Cassie is someone I would be targeting late in FYPDs because he has a nice swing, some decent athleticism, a projectable frame, and some present pop. Cassie has a swing at the moment that is geared for line-drives but with a slight change in his approach to the ball, I think he could consistently tap into that power.

He is not the burner that Hapin is, and is more likely destined to be a corner outfielder but if he can tack on some muscle that could be an imposing physical presence who is a twenty-five homer threat at peak. He could pitch in with a few steals because he is not stiff but I would be shocked if he ever got over double-digit swipes in a campaign. If you project some more muscle on his 6’3″ frame you could be grabbing yourself a steal in your FYPD.

Blakely is among one of the more interesting guys from this class because he’s projectable 6’3” frame with plus raw power who could stick at SS but is more likely to slide over to 3B. The Angels have done a good job in taking guys that are raw in the bat-to-ball ability which is encouraging for us fantasy owners with Adell, Jeremiah Jackson, Brandon Marsh, and Jordyn Adams being guys who have seen their hit tools improve in the organization. Blakely isn’t as athletic as the other studs in the Angels organization but he might have more power potential than them.

The Angels infield prospect has some viewing him as a potential average hitter with plus power at maturity. You can see why if you look at videos of him. Ultimately I believe he slides over to third, which hopefully means he added some muscle to the frame. I would throw a late-round flier on Werner Blakely in any dynasty league.

While most of these guys bring some sort of power, why I would be targeting Vogel is because of his immense speed and hit tools. While the speed alone is eye-popping and could make him a fantasy asset for years to come, but he also landed in the best possible location for anyone with the Dodgers player development. The Dodgers have done wonders for guys they have put through their minor league system, unlocking things and optimizing both pitchers and hitters.

One flaw in Vogel’s game is I am not sure he has a lot of power, however, don’t put it bast the Dodgers to unlock more from Vogel by getting him to get out-front of pitches and unlock some pull-side power. If he can unlock the power that I think is in there he could definitely be the steal of your FYPDs. I would even get aggressive with him, floating him up to somewhere in the middle rounds in my FYPDs.

So this is the lone college guy on this list and while his real-life value may be low I do believe that he could be an interesting fantasy asset. Soularie is a none factor with his legs, but why I will be drafting him in FYPD’s is the power he could provide. During the COVID-19 short season at the University of Tennessee, he hit .267/.392/.503 with 5 homers in 74 plate appearances. He showed during his 2019 season that he could really hit for power slugging .602 with 11 homers and 25 extra-bases in 237 plate appearances.

Soularie gets compared to Khris Davis because he isn’t a great defender and isn’t gonna hit for a high average however you know you are gonna get homers which are so important, even if you have to put Khrush at your UTIL spot. Soularie also goes to an organization that knows a thing or two getting guys to hit for power in the Minnesota Twins.