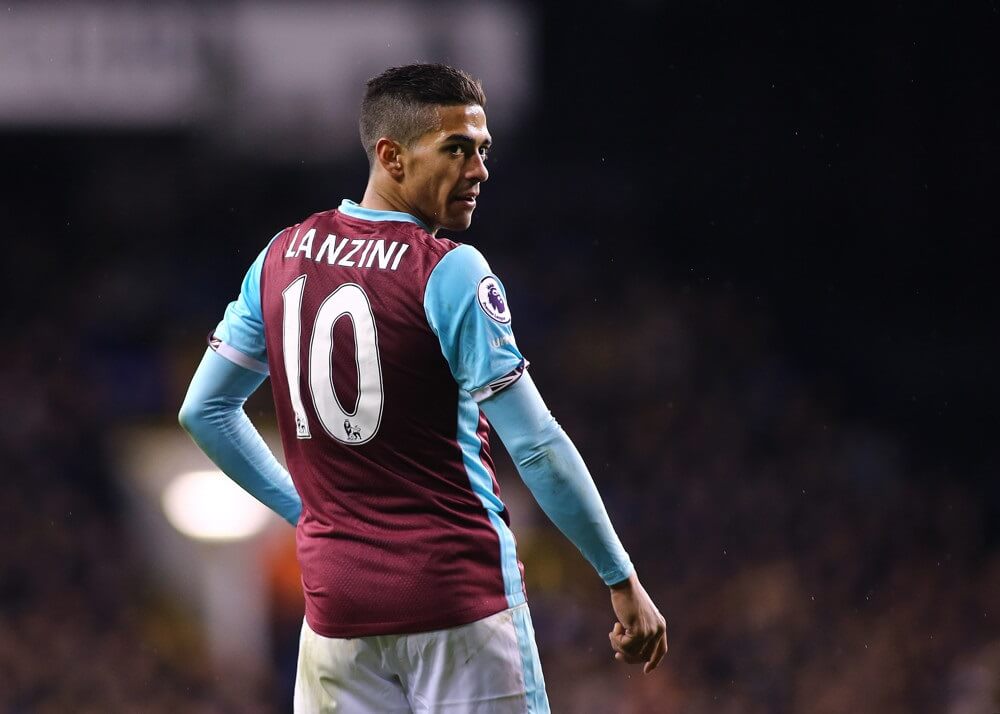 With only nine gameweeks left of the fantasy Premier league season, there is likely only five or six games left to make your league’s playoff spot. If you’re reading this, there is a good chance that, at the very least, you are in a position to make a playoff run. Now would be a good time to drop the sentimental dead weight you have been carrying. Ben Mee was great last year, but Burnley’s schedule is ridiculous. Arsenal clearly like the idea of Dennis Suarez, more than the idea of playing him. Stop trying to make Naby Keita happen, Keita’s never going to happen. Instead, here are some players off the Premier League Waiver Wire who could genuinely be the difference you need to join Jamie Vardy’s playoff party.

I wonder if West Ham fans ever considered whether the ‘next Manuel Lanzini’ might be Manuel Lanzini? After being injured for seven months, Lanzini played the full 90 minutes for West Ham on Saturday. Fantasy sports are unpredictable by nature, but in the case of Lanzini, the plan is clear. Step 1: Pick Lanzini up from the Premier League waiver wire this week, step 2: Rest him against City on Wednesday step 3: Profit.

Fine, Newcastle isn’t terrible. Recent results from the Magpies suggest that Benitez had a master plan on how to finish just above the relegation spots all along. After their recent turn around Newcastle are riding high in 14th. Rondon looks to have found his role and is making nice fantasy returns at a consistent pace. Rondon is playing pretty much every minute recently, getting in a good number of shots, giving him decent, consistent fantasy returns. We are coming into the final stretch of the season where fantasy player doesn’t necessarily have to be good; a good run of form can win a league. The rest of Newcastle’s fixtures are favorable also. Rondon makes an enticing pick up from the Premier League waiver wire.

He’s intelligent, two-footed and looks a little bit like Christiano Ronaldo. What’s not to like? Also, where on earth did that strike come from?! Schar has been one on Newcastle’s stand out players this season. They just look like a better side when he’s in the team, a fact reflected in his recent starting selections. Schar has played in 15 of Newcastle’s last 18. He is in good fantasy form recently and has a favorable rest of season schedule. Schar has been a top fantasy defender when playing against teams outside of the top four. If he is available from your league, pick him up from the Premier League waiver wire fast.

‘We’ve got Knockaert, Anthony Knockaert, I’m just not sure you understand’. With the recent hamstring injury to Pascall Gross, Brighton is featuring Knockaert in a far more creative role. A home game against Huddersfield is hardly the biggest challenge, but Knockaert did impress. For fantasy purposes Knockaert was elite, creating six scoring chances and contributing an assist. Knockaert has always had talent, there’s always just something been lacking between his ears. As long as Gross is out and Brighton’s schedule is good, Knockaert is a fantastic pick up from the Premier League waiver wire.

You could be mistaken for thinking Zohore had left Cardiff, but he is very much still in Wales. Between the Sala tragedy and Zohore injuries, Cardiff have had a rough run with strikers. By all reports, Zohore has the quality; it’s the motivation that’s the issue. He was renowned for being streaky last season, but a streak is all fantasy owners need. Cardiff is playing for their lives, and that could be motivation enough for the big Dane. Deep league players should at least keep an eye on Zohore.