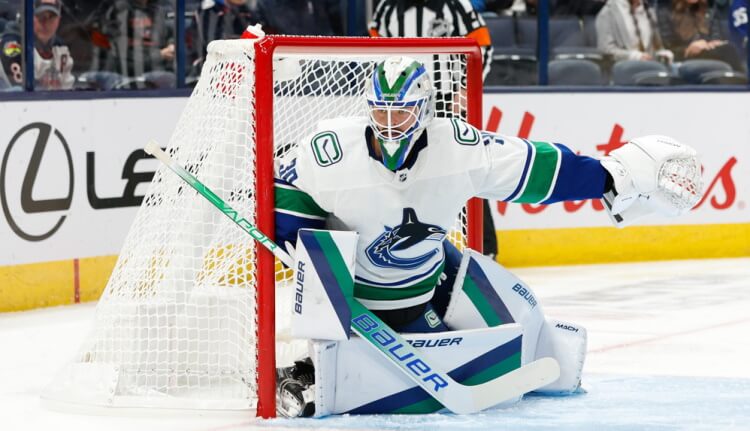 American Thanksgiving is seen as a good benchmark in the hockey world. If your team is in a playoff spot at this time of year, there’s a very good chance they’ll hold that position. This isn’t as true in the fantasy hockey world. Teams can rise and fall rather quickly. If you’re near the top, you might look to the waiver wire to ensure you stay competitive. If you’re near the bottom, using the waiver wire to make changes could be the spark your team needs to mount a comeback. Whatever the case may be, the fantasy hockey waiver wire report is here to assist you.

The Flyers are decimated with injuries. This means Tippett gets to play top-line minutes, including on the top power-play unit. Tippett scored seven points in 21 matches last year after being acquired by the Flyers. This year we’ve seen an improvement. He has six goals and 10 points through 15 outings. This is no doubt helped by the increased role. His average ice time increased from 12:15 with the Panthers last year, to 17:25 this season. Half of his goals have been scored from the man advantage. With all the regular scorers sidelined, someone will have to score for the Flyers, and that someone is Tippett.

Acciari hasn’t been much of a scorer over his career, as the highest point total of his career is 27. Aside from that, he hasn’t eclipsed 14 points in any other season. Injuries, as well as not always being a regular in the lineup, have mitigated his stats. Now joining the Blues, Acciari has been enjoying a successful start. He has nine points in 19 appearances. He has a short-handed assist, 65 hits, 20 blocks, and a plus-3 rating. He’s currently on the third line with Brayden Schenn and Ivan Barbashev. Playing on a line with those talents will surely lead to more offensive opportunities. Acciari makes for an interesting waiver wire claim that can bring offense and peripherals while being available in most leagues.

An abdominal injury forced Matheson to miss most of the season, but he’s finally been able to make his Canadiens debut. He’s played just three games so far, tallying a goal, four PIM, nine shots, three hits, and four blocks. Nothing eye-popping, but he’s chipped in for a handful of categories. There were some higher expectations for Matheson’s fantasy production in the move to Montreal. It’s early, but the signs are promising. He’s averaging 23:43 of ice time per game – the highest of his career. He’s also on the top power-play unit. If he can retain that deployment, the offensive results will start to show. It might be wise to snag him from the waiver wire now before that happens.

Fowler, in line with the Ducks, had a disastrous start to the season. He had just one point in his first 15 meetings. Things have turned around for him recently. Fowler has two goals and eight points in his past five contests. He’s averaging nearly 25 minutes a night on the top pair and top power-play unit. While he certainly won’t sustain his recent scoring pace, he’ll always be counted upon by Anaheim. He’s worth a waiver wire add until his offense cools down, at which point he might settle in to be a decent secondary defenseman on your fantasy squad, or you could look back to the waiver wire for a replacement.

Carolina’s starting goalie Frederik Andersen remains sidelined indefinitely. Antti Raanta had become the starter, but that hasn’t been the case lately. Kochetkov has started four out of the Hurricanes’ past five contests. He has a 2-1-2 record with a 2.22 GAA and a .908 save percentage. After a shutout victory, Kochetkov hasn’t picked up a win in his past three appearances. Don’t let that worry you. The Hurricanes signed him to a four-year extension, so it’s clear that the team believes in him. It will be interesting to see how they handle their goaltending going forward when everyone is healthy. They have three capable netminders — each worth rostering when starting, as Carolina’s stingy defense will help their numbers.

Thatcher Demko was supposed to be the Canucks bonafide starter and play the vast majority of the games. He hasn’t performed nearly as well as he did last year. His struggles have led to Martin getting more opportunities in the crease. Martin has provided results, with a 5-1-1 record, making 218 saves along the way. He has a 3.42 GAA and .901 save percentage, leaving more to be desired in those categories. If your league doesn’t count those, or you just need to bring in more wins and saves, Martin is a viable option. He may continue to steal more and more starts away from Demko if things continue as they have been going.