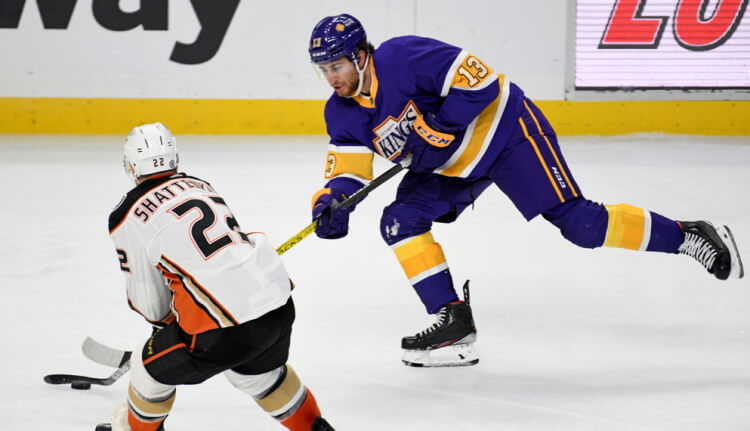 The opening weeks of a hockey season are full of surprises. Let’s take a look at some players who have had excellent starts to their 2022-23 campaigns. They might be found on the waiver wire before others in your league have spotted them.

Vilardi is off to a scorching start. He has four goals and seven points through five games. To put that into perspective, he had seven points in 25 appearances last year. The 23-year-old has battled injury issues in the past and was looking less and less likely to become the high-level player the Kings anticipated when they drafted him 11th overall back in 2017. This hot start shows that Vilardi has more to give. While his 30.8 shooting percentage is unsustainable, he should turn out to be a solid secondary scorer for Los Angeles. He’s averaging 16:17 of ice time, and 4:10 minutes per game on the club’s top power-play unit.

Schwartz had a rough go in his first season with the Kraken, playing in only 37 games. He scored 23 points, which was two more than the 21 points in 40 games he scored in his last season with the Blues. Regardless, he’s capable of much more. The winger has put up 50 or more points on five occasions in his career and is off to a good start to make it happen a sixth time. Schwartz has three points in four games while posting 13 shots, eight hits, and two power-play goals. Now that he’s healthy, he’ll be a mainstay in Seattle’s top six and see plenty of power-play minutes.

I’ve been waiting for Wahlstrom to break out, but it hasn’t happened quite yet. Maybe this is the year? Wahlstrom had 24 points in 73 contests last year, playing in a limited role. He’s off to a great start this season, picking up three goals and an assist through two games. He scored a game-winning goal and has eight shots, two hits, and a plus-5 rating. He’s still in a limited role to start this season – playing on the third line with little power-play time. After more strong outings though, perhaps that will change.

The 22-year-old had 18 games of NHL experience heading into this season. Despite the limited action, Addison is being deployed in a very advantageous position – on the Wild’s top power-play unit. Playing with the likes of Kirill Kaprizov definitely has its benefits, and Addison is reaping the rewards early. Through three contests, he has four points, with three of them scored on the man advantage. He’s averaging 18:40 of ice time per game, including 5:13 on the power play. His minus-5 rating can cause some concern, but the Wild have lost every match thus far so his rating is bound to improve when the team notches some wins.

Schultz’s production took a hit last year. He went from 27 points in 46 games, to 23 points in 74 appearances. Both seasons were played with the Washington Capitals, but Schultz gets a fresh start with the Kraken this year. So far so good, as he has three points in his first four outings. He also has two hits, four blocks, and eight shots. Two of his points are power-play assists. He’s averaging 3:55 of power-play ice time, manning the point on the top unit. I wouldn’t expect him to ever reach the 51-point threshold again, but netting 30 to 40 points could be an attainable goal for the veteran blue-liner.

Moser got called up to the Coyotes halfway through last season and was able to keep his spot in the lineup. He played 43 games and scored 15 points. Moser quietly did fairly well in his rookie season, especially when you consider how much the Coyotes struggled. They’ll likely struggle again this year, but now Moser has carved out a bigger role for himself. His ice time has gone up from 18:42 to 24:27 per game. On top of that, he’s averaging 5:01 on the power play. He’s playing on Arizona’s top pairing and top power-play unit. He has three power-play assists through three meetings thus far.

Despite being a more defensive-minded defenseman, Clifton has four points in four outings. That’s quite the production from someone who had 10 points in 60 games last year. Opportunity is the reason why here. Charlie McAvoy, Matt Grzelcyk, and Brandon Carlo are all sidelined. That’s three of Boston’s top four defenders, meaning Clifton gets slotted into the top four. He’s averaging 22:15 of ice time, a notable bump from his career average 16:41. Will his offense continue at this pace? No, but the extra minutes means more time for him to dish out the peripheral categories. He has five PIM, eight shots, eight blocks, 13 hits, and a plus-3 rating.