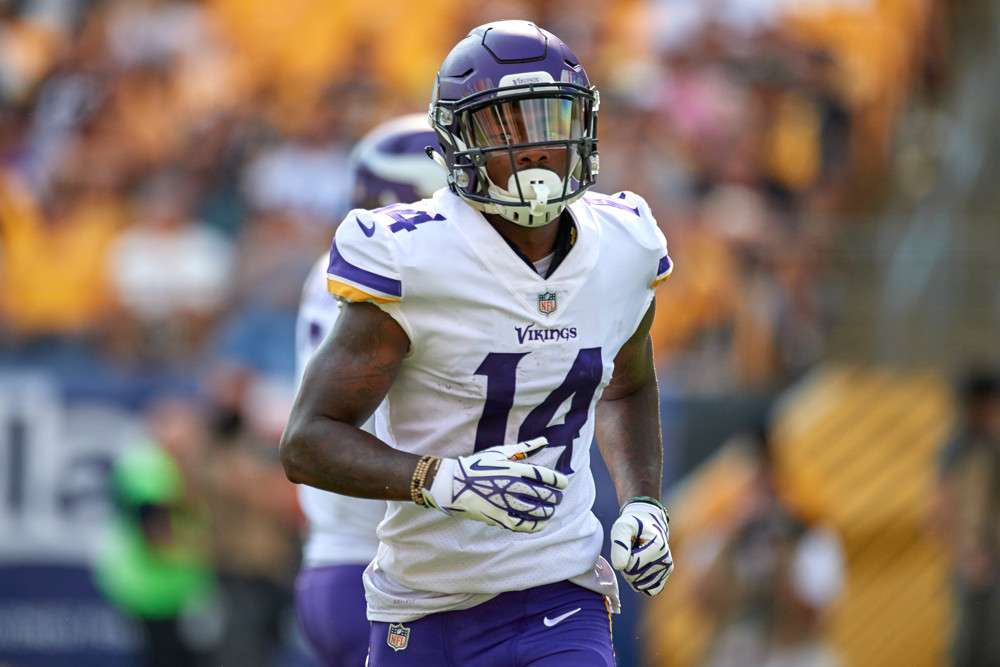 Prepare yourself for the bye week. The Falcons, Broncos, Saints, and Redskins are off this week, and with a quarter of the season already done, this is where potential playoff berths become reality. With four of the NFL’s top offenses resting, you’ll likely be missing a key player or two. The waiver wire is your pal, but so are this week’s rankings. There’s plenty of favorable match ups to go around (Vikings/Bears, Jets/Browns, anyone?) and with a few more injuries on the board, expect plenty of upsets. Here’s everthing you need to know ahead of Week 5:

As a real-life quarterback, Matthew Stafford is an alright guy. As a fantasy option, though, he’s definitely the villain. “What to Make of Matt” could easily be a movie title, but you just get the feeling he’ll finally throw for over 300 yards one day soon. So far this season he’s managed fewer fantasy points than Eli Manning, and on Sunday, things might get worse. The Panthers are tied for fourth in the league in sacks this year after registering three sacks and seven hits on Tom Brady last week. This could be the kinda game where Matt needs some magic late in the fourth, which we all know he’s more than capable of.

In other NFC North news, Ameer Abdullah is also a FLEX play you’ll want to consider. He’s one of four running backs to have at least 14 carries in all four games so far, and since the Lions’ offensive line has allowed the third most hurries this season (50), you have to be encouraged by what’s on paper and what’s on the field.

Antonio Brown finds himself outside the Top 3 this week, mainly because the Jaguars’ defense is pretty killer in the air. A.J. Green is also in for a tough matchup this week, against… wait, do I have this right, the Bills?! Buffalo is somehow 3-1, and if you’re wondering why, it’s because the longest pass play the Bills’ defense has allowed this season is 39 yards. If they can shut down Green and keep him humble, we might finally be able to get serious about them, y’know, beating out the Patriots this year.

So many names to be excited about. Two that really stand out this week are Hunter Henry and Antonio Gates. The Giants have allowed 299 yards and four touchdowns to tight ends this season and were completely mauled by Cameron Brate and O.J. Howard last week. It’s no secret that the Giants’ doughnut defense is a liability, but if you’re currently playing tight end roulette, adding Hunter (who is available in 45% of leagues) could be a clever move.