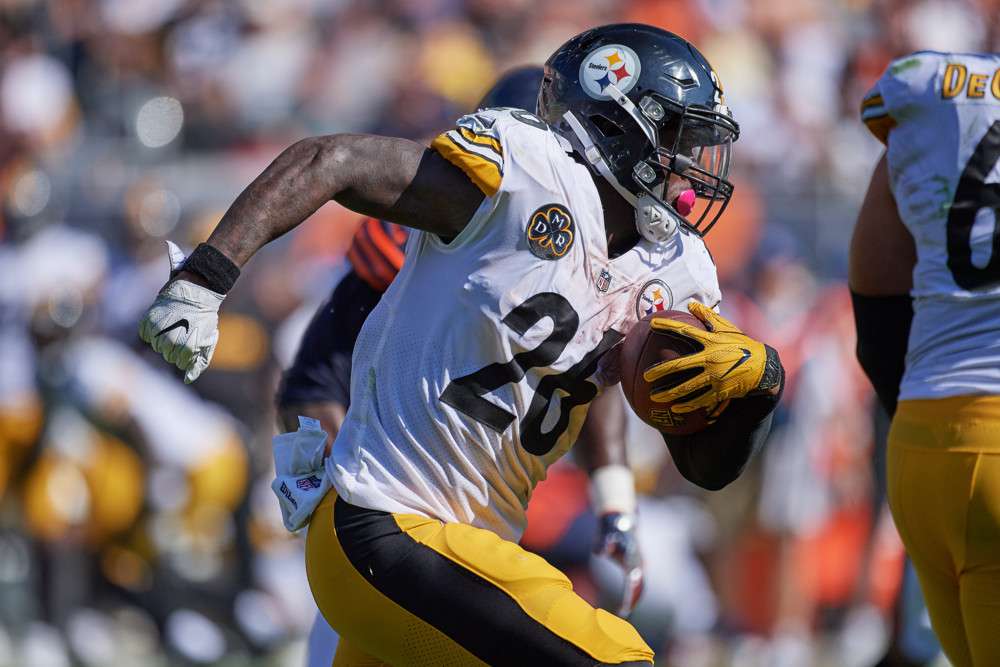 Finally, some normality. The guys that are supposed to be good at this football thing were actually good at it this week. Le’Veon Bell lashed the Ravens, the Broncos’ defense stomped some mudholes, and Todd Gurley just kept right on doing his thing. That’s how Week 4 is supposed to be, and after so many tight and exciting games, there’s plenty to recap. Here’s everything you need to know:

About the only thing worth celebrating in New York might be Evan Engram’s new career-high reception total. He reeled in six passes against the Bucs and delivered 12.2 points to his owners. The Giants rookie dropped just one of his 11 targets all day and was a big reason for Eli Manning’s solid protection in the pocket. Engram has now posted at least four receptions in all four of his starts this season and has a really favorable matchup next week against the Chargers. His ownership continues to creep up, but this is an option you should be considering ahead of guys like Jared Cook and Jack Doyle right now.

And if you look to your left, you’ll see Andy Dalton quietly achieving some pretty okay things. Fine, it was against the Browns, but Tyler Kroft deserves some words here. In the end, it was a total of six receptions, 68 yards, and two TDs, combining for 24.8 fantasy points in the absence of Tyler Eifert. This is big for the Bengals, but even more important for fantasy owners who are strapped at TE (i.e. everyone). Prior to Sunday, Kroft hadn’t scored a touchdown since 2015, but now in his third year, he could easily emerge as one of Dalton’s favorite targets if Eifert’s back continues to cause problems. If you need further convincing of Kroft’s potential in this offense, you only have to look at the fact that Dalton targeted him three separate times on third down, converting twice. If you’re in a deep league, Kroft is worth your time.

Amari Cooper drew the Bradley Roby match up against the Broncos on Sunday, and honestly, it was a K.O before the fight even started. The top class wide receiver was humbled for most of the game, serving up nine yards and 2.9 fantasy points on just two targets. Much of this falls on E.J. Manuel’s shoulders, and, of course, the lingering knee injury, but not once did Cooper look open down the field. It’s a fairly typical display from the 23-year-old, as Cooper has caught just one touchdown in four career games against the Broncos. As an owner, you knew you were buying into these kind of up-and-down weeks when you drafted him, but now with two straight weeks of fewer than 10 yards, Cooper has to be a popular name on the trade market.