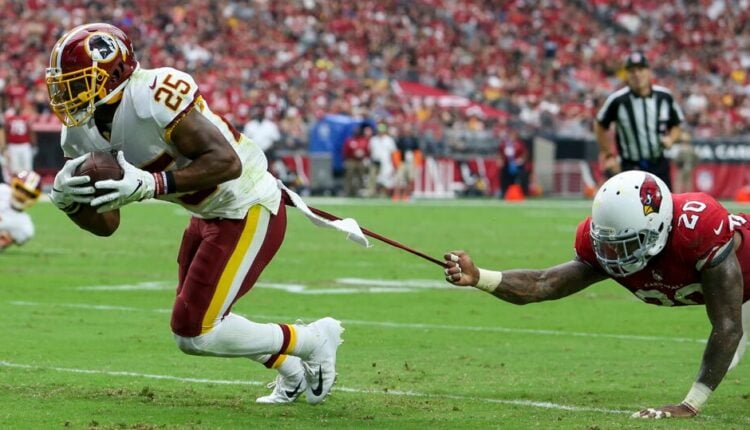 Week 1’s waiver wire was nuts but this one is way more normal. We now have two games to go off of, which is huge in terms of determining what these players mean to their respective teams. What’s funny about this Week 3 waiver wire article is the fact that several of these players landed in last week’s article. Most of these guys were just in the consideration section though and it’s now the time to hop on the train before it’s too late. With that in mind, let’s get to our Week 3 waiver wire picks.

With Drew Brees expected to miss six weeks or so, Bridgewater is easily the biggest QB pickup of the week. What makes him so enticing is the fact that he gets to take over this dominant offense. It’s the perfect sort of system for a QB like Bridgewater and it has actually allowed Brees to finish as a Top-10 QB in every single season since 2006. Yes, that’s the year that Brees joined the Saints and became a legend. The last year he wasn’t in the Top-10, Carson Palmer led all QBs in fantasy points scored. Carson Freaking Palmer.

While Brees is undoubtedly one of the greatest quarterbacks of all-time, that sort of consistency has to say something about this offense and system. That’s the main reason we like Bridgewater but it’s not like he’s some bum either. We’re talking about a player who was in the Pro Bowl in 2015, providing a 57.5 QBR. This team is way better than he had in Minnesota and it’s going to be exciting to see what he can do with all of these weapons at his disposal. Mason Rudolph is also in consideration, taking over for Ben Roethlisberger’s Steelers offense.

If your league doesn’t do a straight waiver wire, then you should also check out our Week 3 FAAB Guide!

Here we go again with Carlos Hyde. This is the guy that will never die and I’d imagine that Duke Johnson is truly starting to hate him. Johnson was the apple of everyone’s eye when Lamar Miller went down but the trade for Hyde showed just how little the Texans trust DJ. Hyde did the exact same thing in Cleveland to Johnson and it’s becoming clear that he’s going to be the early-down and goal-line back. That’s evident by the fact that he played 40 total snaps, with Duke playing just 26.

Getting 10 carries for 83 yards in Week 1 was a promising sign for Hyde but the 20 carries for 90 yards in Week 2 shows that he’s the go-to back. Gaining 5.8 yards per carry is impressive in its own right, as the talent is starting to match the role. Johnson was milk carton status in Week 2 too, recording six carries and failing to record a catch. The simple fact is, you want the premier RB for one of the best offenses in football, particularly one that runs the ball at will like Houston does. Not to mention, he faces the Panthers and Chargers the next two weeks, with both clubs ranking in the Top-8 in fantasy points allowed to opposing RBs this season.

This is really only a trustworthy waiver wire add for the time being but it’s hard to overlook a game like the one Mostert just had. Getting 13 carries for 83 rushing yards is enough on its own but adding three receptions to that for an additional 68 yards and a TD is simply impossible to overlook. This is an offense that likes to use multiple backs and as long as Tevin Coleman is out, Mostert will remain relevant.

It’s not like he was invisible in Week 1 either, recording 40 rushing yards on nine attempts. That’s backed up by the fact that he had 261 rushing yards on 34 attempts last season which equates to an absurd 7.7 YPC. He’s one Matt Breida injury away from being a Top-20 running back and it’s not like Breida is the model of perfect health.

Washington is a team that’s going to be in this article a lot, simply because people don’t want players on a bad team. That’s a common misnomer though, as there are plenty of fantasy-relevant players on this roster. The fact that this team is bad only adds to Thompson’s value because he’s established himself as the pass-catching back. That’s a perfect recipe for someone like Thompson, as this dude ranks Top-10 at the position in receptions, targets, and receiving yards since 2015.

While he was near the end of the timeshare in most of those years, he should see more touches than ever with Derrius Guice injured and Adrian Peterson on the 19th hole of his career. That’s evident by Thompson’s 12 receptions and 116 receiving yards on 18 catches over the first two weeks. He should become a huge benefactor to this team playing catchup week after week.

Let’s keep the Redskins rolling with my favorite waiver wire add of the week. Many people were slow to react to him on his random Week 1 performance but Week 2 proves that it was no fluke. After catching five passes for 125 yards and a TD in Week 1, he backed that up with five receptions for 62 yards in Week 2. Most importantly, he led the team in targets both weeks, attaining 16 in total. That makes him the clear-cut top receiver on a team who will be trailing more often than not. The snap counts only add to his value, with McLaurin playing 56 of the team’s 62 total snaps in Week 2.

Rookie wide receivers are not really my jam but there’s something special about this kid. Setting records at the combine is one thing but he’s proving on the field that he’s the real deal. The 150 receiving yards and one TD through two weeks is an awesome stat line from a player who’s just learning the position, as he’s also recorded at least six targets in both games too. In addition, Metcalf matched Tyler Lockett with 70 snaps in Week 2, missing only nine in that game.

The upcoming schedule only adds to Metcalf’s intrigue, with New Orleans allowing the most fantasy points in the league to opposing WRs last season and Arizona playing without their two-best corners. Those are his next two opponents, so hop on the train now before it gets too fast.

I’m honestly not sure which of these guys I like more but they both have incredible upside in an offense like this. Anyone who’s catching balls from Patrick Mahomes is in play, especially when Tyreek Hill is out of the picture. That’s opened up the door for both of these youngsters to succeed and they showed what they’re capable of in Week 2. In fact, Hardman had four catches for 61 yards and a TD while Robinson picked up six receptions for 172 yards and two TDs. They both got six targets in that game and it’s going to be tough to figure out which guy to add. I’d go with Robinson over Hardman simply because he played 69 snaps while Hardman played 56 snaps.

Nelson Agholor (PHI): With Alshon Jeffery and DeSean Jackson both questionable, Agholor could find himself as the top Eagles receiver after leading them with eight receptions and 107 yards in Week 2.

D.J. Chark (JAX): Chark is leading Jacksonville with 11 receptions for 201 yards and two TDs in his first two weeks and it appears he’s the top WR on this team.

Deebo Samuel (SF): Trying to figure out which San Fran WR to trust is like getting a root canal but Samuel’s five catches for 87 yards and a TD in Week 2 is hopefully an indicator of things to come.

If you’re wanting to know which D/ST’s I’m streaming this week, that article will be posted here on Thursday.