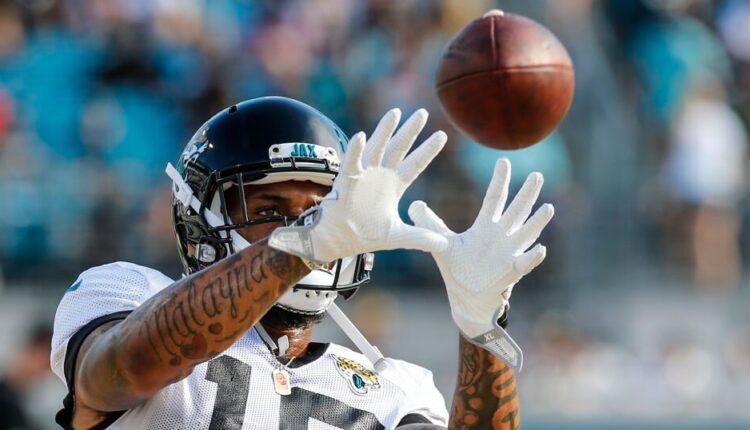 When the Fantasy Football playoffs arrive, different challenges seem to present themselves. No longer are you deciding on who to replace because of byes, but now you may be faced with situations where it is tougher to decide who to leave on the bench. You likely have good depth and it becomes harder to determine who should be reserved. It is an awful feeling to have someone on your bench in Fantasy Football Week 14 and see them have a great game.
But you cannot start everyone, and at some point you simply have to make the most informed decision possible.

In the meantime, self-inflicted challenges start to pop up. You overthink things more, and that becomes dangerous. Stick with your most proven players who got you this far. Don’t start a guy who has a better matchup over a top starter with a tougher one. You saw what happened last week with those who started Nick Foles over more proven options over the course of the season.

Make a firm decision and stick with it. Have confidence in the players and approaches that took you this far. Stop looking at the roster of the other team and worrying about their players. All you can do is set the most informed and best possible lineups of your own, and once the games start, realize you have done everything you can to put yourself in a position to win. After that, spontaneous execution by the players cannot be controlled or fully predicted. You can be at peace when you know you have done your very best to set an optimal lineup.

Benny Snell vs. ARI: He has posted quality totals over the past two weeks and faces the Cardinals, who have given up the third-most Fantasy Points Per Game to RBs over the past month and full season. Snell doesn’t seem to have much of a ceiling, but this is the one week where he may have more upside than you might perceive based on his brief results so far as a starter. Lock him in as your RB2 in Fantasy Football Week 14.

Miles Sanders vs. NYG: While he truly did not have a super breakout game at Miami last week, there was nothing to be disappointed about when you considered the volume and how he made the most of it. He had 22 touches for 105 yards and a TD. We may have not seen his best game yet, and the Giants defense will spend a lot of time on the field this week.

Aaron Jones vs, WAS: He has really fallen off lately, but this is a get-right spot for Jones against the Redskins in Fantasy Football Week 14. You have to consider him as more of a flex play right now, but get him in there. The Packers need to re-establish a quality ground game as their postseason approaches.

Zach Pascal vs. TB: He has been unreliable and it’s not easy to activate Pascal and trust him. But he returned to relevancy last week and the matchup is too good. Pascal is a necessary option in the passing game for the Colts right now, as injuries have wiped out a good chunk of the receiving crew.

James Washington vs. ARI: He has stepped forward and seized the opportunity to play a more prominent role in the passing game. Someone had to, and it’s been Washington, who has 90 or more receiving yards and a TD in three of his past four games. He is making the most of every reception and Arizona has allowed the second-most FFPG to WRs over the past month.

Jamison Crowder vs. MIA: After emerging as a Fantasy starter earlier in the season, Crowder has quieted down. But the Jets need to get the passing game back on track, and that means getting the ball to Crowder frequently again. He was the missing piece in the passing game, that was clear earlier in the year. They have to start getting him more involved again to boost Sam Darnold’s production. Crowder gets a good draw and should be back in the mix in Fantasy Football Week 14.

Vance McDonald vs. ARI: He is overrated and does not belong on Fantasy rosters anymore. But the Cardinals are obviously terrible at defending TEs and have done nothing to fix the problem. Get him back for one week and then cut him when you advance.

Tyler Higbee vs. SEA: He exploded last week against the Cardinals, and now gets another good matchup in Fantasy Football Week 14. If you don’t have a top TE you can stream guys like McDonald and Higbee this week. The Seahawks are always vulnerable to the TE and have allowed the most FFPG in the NFC to the position over the past month.

Carson Wentz vs. NYG: He didn’t look totally convincing last week, but delivered the expected and needed totals against Miami. Now he gets yet another chance to redeem himself and the Eagles after Dallas lost on Thursday.

Kirk Cousins vs. DET: He has been quite steady recently, and can sometimes be explosive. There is a solid floor this week with the potential of a very good outing. He is a very enticing play for Fantasy Football Week 14.

San Francisco RBs vs. NO: Matt Breida is returning, Tevin Coleman is slumping, and Raheem Mostert looks like the best RB on the team, and it would be a bad move to push him back into a lesser role. But we don’t know how these guys will be deployed and they are just too risky to use when you likely have safer options in Fantasy Football Week 14.

Kenyan Drake vs. PIT: The luster has worn off quickly. He only totaled 51 yards from scrimmage last week. History has shown us already that Drake is boom or bust and not dependable.

Marlon Mack vs, TB: He will return this week, but the Buccaneers are a team that opponents obviously pass against and have less success with the run. Mack will get some volume but there is no upside here in Fantasy Football Week 14.

Christian Kirk vs. PIT: A totally unreliable Fantasy WR in a tough matchup. Should not even be considered for usage this week.

Brandin Cooks vs, SEA: In 10 games this year, he has one outing over 75 yards and one TD reception. He is actually a cut candidate and should not be used in Fantasy Football Week 14 or any other time in your playoffs.

Mike Williams vs. JAC: I have to put him in here because he is way overrated and I continue to get questions about whether to start him or not. He is too boom or bust and has only 38 catches in 11 games with zero touchdowns!

O.J. Howard vs, IND: He teased again last week, but the Colts have allowed the second-fewest points to the position over the past month and there are definitely better streaming options in Fantasy Football Week 14.

Evan Engram vs. PHI: He may not quite be used in a full capacity in his return to the lineup and you will likely have to consider another option.

Kyler Murray vs. PIT: He is coming off his worst performance yet, and it doesn’t get any easier against the Steelers defense in Fantasy Football Week 14.

Drew Brees vs. SF: He is playing at home, but if you have a good streamer like Cousins or Ryan Tannehill, you should sit Brees in a very tough matchup.

Got a question for Scott about Fantasy Football Week 14? Let him know in the comments below.