Running Back Busts to Avoid at Their Current ADP 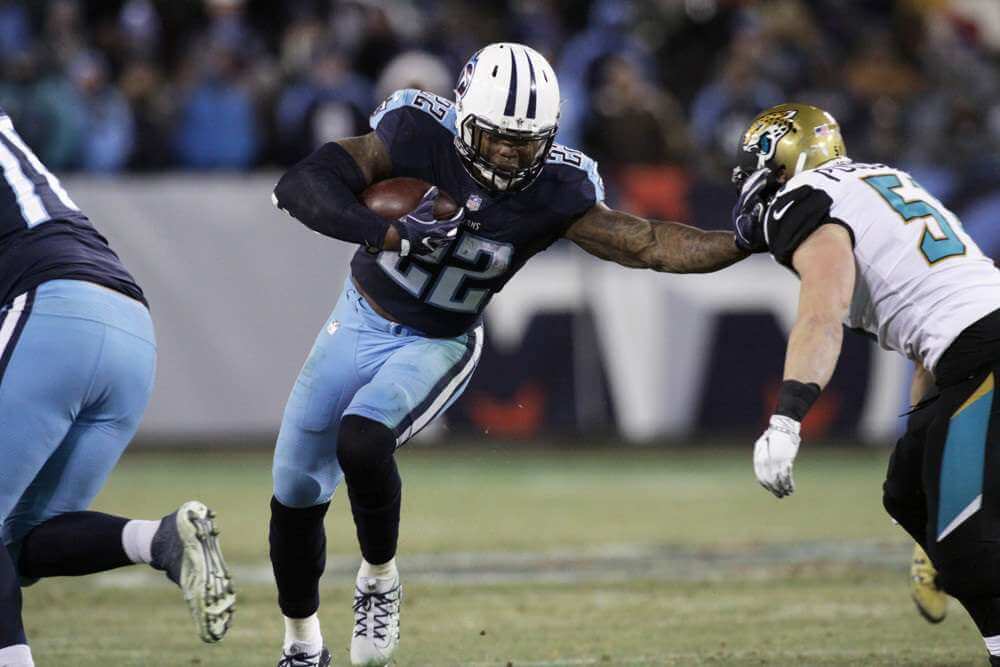 Even in an era of spread schemes and pass-wacky offenses, the running back position is still king in fantasy football. Having a solid backfield is an absolutely critical part of fantasy success. The inverse is true as well. For every team that rode Saquon Barkley of the New York Giants or James Conner of the Pittsburgh Steelers to fantasy glory in 2018, there was another that was killed by running back busts like Le’Veon Bell or Kareem Hunt of the Kansas City Chiefs—both of whom had an average draft position inside the top-10 at the position.

Yeah. That about covers it.

Based on the Average Draft Position data at Fantrax, the following running backs are at best overvalued—for whatever reason, it’s going to be difficult for them to justify their asking price in fantasy drafts this season.

At worst they turn into 2019’s running back busts and could be season-killers. The type of player that leaves fantasy drafters wailing in anguish about a season gone awry.

Again…that about covers it.

Author’s Note: You won’t see Melvin Gordon of the Chargers listed here, despite an ADP of RB5 and his threat to hold out or demand a trade if he isn’t given a contract extension. That’s because I believe that Gordon will eventually report and/or he and the Bolts will reach a compromise. So long as he remains away from the team though, he obviously can’t be drafted in Round 1, and his ADP is certain to drop like a stone over the next few weeks if this situation isn’t resolved soon.

Running Back Busts for 2019

Last year, fantasy drafters convinced themselves that Bell would eventually report to the Steelers. This year, some of those same drafters are convincing themselves that despite an entire season off and a change of teams that Bell can recapture his 2017 form as a member of the Jets. Derek Lofland of Fantasy Pros isn’t buying that notion.

“Bell has not played a meaningful game of football since the 2017 season, due to a contract dispute with his former team,” he said. “There is no guarantee that a year away from football at 27 years old will leave him with the same physical gifts he had before the layoff, especially when he reportedly gained a bunch of weight and he is now skipping voluntary OTAs. Bell also played behind one of the best offensive lines in the NFL, and he had a Hall of Fame quarterback in Ben Roethlisberger and a Hall of Fame wide receiver in Antonio Brown. In New York, it’s second-year QB Sam Darnold, the top receiver is Robby Anderson, and the offensive line was ranked 25th by Pro Football Focus in 2018. An ECR of seven means that he is going to need to have around 250 fantasy points, which I think is a lot to expect given his long layoff and the lack of proven talent on the New York Jets’ offense. I think fantasy owners could have regrets using a first-round pick on a player that is probably going to be closer to a mid-tier RB2 with 190 to 200 fantasy points. That projection also assumes there is no injury issues or rust from a long layoff. He is a major candidate to be a bust on a Jets team that usually overpays in free agency for players past their prime that do not live up to expectations.”

I’ve seen Bell drafted as early as No. 5 overall—more than once. That price tag is way too high for a back playing behind the worst run-blocking line in the NFL last year per Football Outsiders.

There hasn’t been a more talked-about body part in fantasy football over the past two months than Gurley’s arthritic knee. He’s gone from a top-five overall pick to a player who is falling out of Round 1 altogether in more drafts than not. However, Cameron DaSilva of Rams Wire thinks that Gurley’s fallen far enough now that there could be value to be had—even with a reduced workload.

“Let’s say his rush attempts are reduced by 20 percent next season,” DaSilva theorized. “That’s a drop-off from the 267.5 he’s averaged the last two years to only 214. If he averages 4.8 yards per carry as he has since 2017, that’ll put him at 1,027 yards. We’ll apply that same workload reduction to his receptions. He’s averaged 61.5 catches per season the last two years, so 80 percent puts him at 49 catches – still a very respectable number. At 11.1 yards per catch (his average the last two seasons), he’d have 544 yards receiving. So, all told, that’d put Gurley at about 1,571 yards and however many touchdowns he scores – likely somewhere between 15 and 18. Those are still very good stats for a running back.”

Here’s the thing though—that 20 percent reduction in workload is likely a conservative estimate, even in a best-case scenario where Gurley stays healthy all season. Keeping Gurley healthy in the long-term is much more important to a Rams team with Super Bowl aspirations than statistical production. The team was concerned enough about Gurley to spend a third-round pick on Darrell Henderson, who some draftniks rated as this year’s most explosive rookie in the backfield. Assuming Henderson’s the talent so many think, he’s going to get more work than that projection accounts for.

Henry had quite the December to remember last year. Highlighted by a ridiculous 238-yard, four-touchdown game in Week 14 against the Jacksonville Jaguars, Henry piled up 625 yards and eight touchdowns on 97 carries in five games that month. It was the most yardage any NFL back gained in a calendar month last season.

However, Adam Strangis of FanSided is skeptical that Henry can maintain that sort of production over an entire season. “Before his big game,” he wrote, “Henry had five games with single-digit carries and under 60 yards in every single one. He was on a lot of waiver wires that Thursday night. The RB14 finish in 2018 might be one of the more deceiving finishes I’ve seen in a long time. In three seasons, Henry has four games over 100 yards rushing and just three more over 80 yards. Considering he has a grand total of 39 receptions over 47 career games, I simply won’t risk this pick. If Henry rolls up near 1,100 yards again, I’d happily admit I’m wrong but he won’t be on my teams this year.”

He’s got a point—that late-year explosion was an aberration compared to the first two-plus years of the bruiser’s career. With Dion Lewis in town, Henry’s a complete non-factor in the Tennessee passing attack. And Henry receiving a big workload in 2019 could hinge on a Titans team that’s at best the No. 3 team in their own division getting a lead or at least staying close in games. This feels a lot like drafting Henry at his fantasy ceiling—if not past it.

In some respects, Michel lived up to his Round 1 status as a rookie for the Super Bowl champions, flirting with 1,000 total yards, averaging 4.5 yards per carry, scoring six touchdowns and fumbling just once. Those numbers were only good for an RB34 fantasy finish, however—and ESPN’s Mike Clay doesn’t see Michel substantially out-performing that finish in Year 2.

“Michel racked up a hefty 280 carries and 12 touchdowns in 16 rookie-season games (including the playoffs), but there are two primary reasons he may disappoint in 2019,” Clay wrote. “The first is his shockingly small role in the passing game. Despite the massive carry total, Michel was on the field for only 36% of New England’s snaps and handled a grand total of 14 targets when active last season. There is little reason to expect that number to increase much (if at all) in 2019 with Damien Harris joining James White and Rex Burkhead in the backfield. The second reason is health. Michel had knee concerns entering last year’s draft, has had knee scopes each of the past two offseasons and was on the injury report often and missed games with knee issues last season.”

Frankly, Michel would be hard to enough to trust even if Harris wasn’t in town given his complete lack of usage in the passing game. Harris just adds another layer of doubt—a young player with a similar skillset and less injury history who the Pats thought enough of to take with a Day 2 pick. Never mind that we’re talking about trusting a tailback for Patriots as a fantasy RB2—because the backfield usage in Boston is so consistent.

Are you in agreement on Gary’s running back busts for 2019? For more from Gary and all of our football crew head on over to the 2019 Fantrax Fantasy Football Draft Kit for more great strategy, analysis, and rankings.