Fantasy Football PPR Report: Which RBs Gain and Lose the Most Value 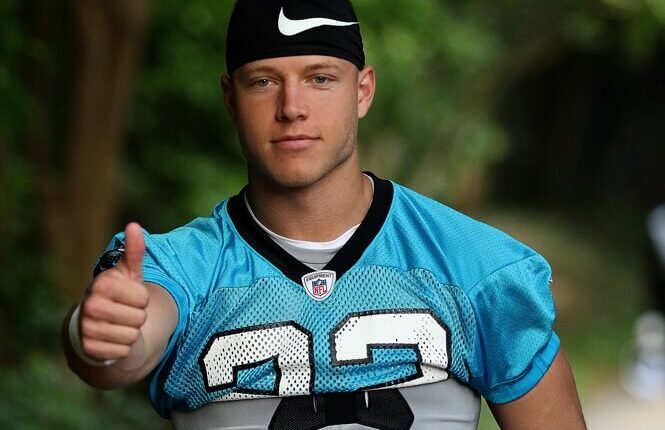 If you have ever read or listened to any Fantasy Football content you have definitely heard the phrase: “in PPR leagues.” Or perhaps you heard the alternative, “in non-PPR leagues.” Either way, you have heard advice strictly based on league format. It really is strong advice since you should know the rules of your league and draft the best possible team for your format. But, while there is often talk about format specific players, or those who get a boost in the format, you don’t often see which players gain the most in each format. That is why I decided to show you those players who gained the most/least in PPR leagues! This will help you figure out which players you want to target in each format.

The table below allows you to see the amount of overall points each running back scored in non-PPR and full PPR leagues. It also shows the non-PPR points per game as well as the PPR PPG. Using these numbers I found the difference in total points (PPR points – standard league points) and in points per game. I am going to focus more on a per game basis  to see which RBs make the biggest bump in PPR and which players are likely to be values in non-PPR leagues.

This is important to know because there will be values to be had if a player specializes in one format. PPR is becoming more and more the norm and players who play well in that format will have their ADP pushed up on most sites. Players who are better in standard leagues (or even half point PPR) will have a lower ADP due to the high volume of PPR leagues. Whether you want to admit it or not, the ADP on sites does impact the draft board, at least a little bit. If a players name is on the top of the list, you can expect them to go off the board soon. However, if they are buried a bit, you can expect them to last longer. Now, lets find some PPR values and underrated players starting with running backs!

The running backs who gained the most points on a  per game basis were Christian McCaffrey (6.68), Saquon Barkley (5.68), James White (5.44), Alvin Kamara (5.40) and Ezekiel Elliott (5.13). Four of those five backs are the universal first four picks in fantasy drafts and that should be regardless of format. But, should the order of these four change depending upon the format?

That is a question I have debated all offseason. I think in a vacuum, Saquon Barkley should be the first overall pick. But we are not drafting in a vacuum, are we? We are drafting in a specific league with specific rules and should try to get the most out of our top pick. I have gone back-and-forth considering putting McCaffrey first overall in PPR leagues. McCaffrey finished less than a full point behind Barkley for the most points in PPR and was actually 19 PPR points ahead of him prior to Week 17. McCaffrey barely played Week 17, while Barkley had a big week and overtook him for the top spot. Still, no running back gains more in PPR than McCaffrey. He had a difference of 6.68 PPG in PPR, a full point more than Saquon. There really is no wrong answer, but if you are scared off by the offense around Saquon, you can pivot in PPR and take CMC. I also think there’s a strong chance we see more of those Cam Newton rushes turned into short dump offs, in order to preserve his shoulder.

These are the running backs that are viable options in PPR leagues, but you really wouldn’t want in a non-PPR league. James White is the most obvious name, as he sees the third biggest increase in PPG in PPR leagues. Tarik Cohen (4.44), Theo Riddick (4.36), Jalen Richard (4.25), and Nyheim Hines (3.92) are all among the 13 top gainers in PPR leagues, compared to standard leagues.

These running backs all possess different values, but you should feel confident grabbing them at different points in PPR leagues. These are all players though that you can devalue in half-point PPR leagues and especially so in non-PPR leagues. Cohen and Richard may lose work to the new rookies as well. If you are playing in a non-PPR league, I wouldn’t even be targeting any of these backs.

Players Who Do Not Gain Value in PPR Leagues

This group of players really depends on your outlook on life… and the format of the league you play in! You can either look at these players as being overrated PPR assets, or as values in non-PPR!

Now, I am not saying to avoid these players in PPR leagues, but understand that last year they were seldom used in the passing game. Peyton Barber is in a new offense and could be used more in the passing game due to Bruce Arians being there.

Jordan Howard is in a committee with Miles Sanders and given his seldom usage in the passing game in previous seasons, I would be devaluing him a good amount in PPR formats. The same can be said for Chris Carson, who will likely see a lot of the passing down duties go to Rashaad Penny. He is a much better pick in non-PPR. Marlon Mack loses a lot of his passing game value to PPR specialist Nyheim Hines. I like Mack, as he will be running behind one of the best o-lines in one of the leagues premier offenses, but the fact that he will come out on third down is a reason to devalue him to a low-end RB2 in PPR. Murray is a great value pick, but pretty much all the passing down work will go Kamara’s way. Mark Ingram had career-low 1.8 receptions per game and I would expect similar usage for Murray this season.

If you have any Fantasy Football questions make sure to hit me up on Twitter, @MichaelFFlorio.

For more great analysis from Michael check out his full archive.