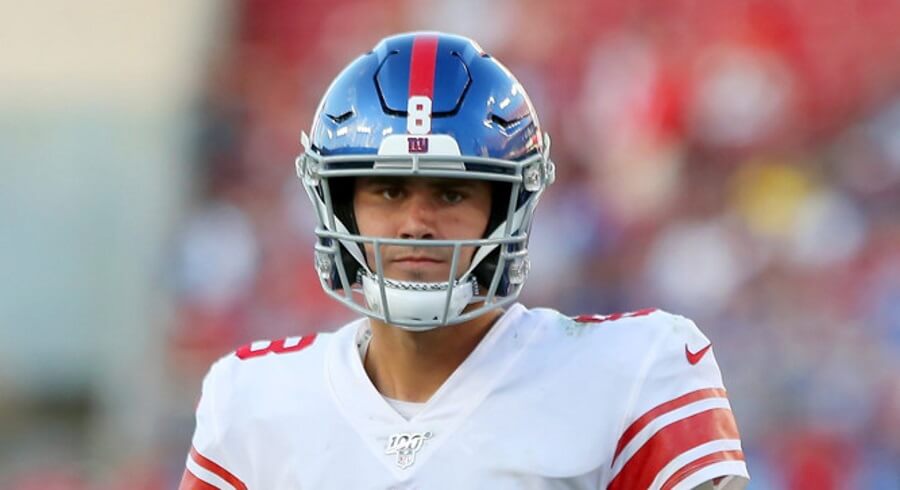 As Week 2 approaches, there are dozens of questions we have about what we saw last Sunday. At least we now know that there are signs of intelligent life forms floating around in Cleveland. Cincinnati, however, remains an unsolved mystery. Now, enough with the frill. You have questions, and I have answers. Who should get the starting nod? And who doesn’t need to travel with the team? Ladies and gentlemen, here are my Week 2 Start And Sit candidates.

Following a show-stopping four-touchdown performance in Minnesota last week, Aaron Rodgers and the Packers are hosting yet another division matchup against Detroit. Mind you, this is the same Detroit team that allowed Mitch Trubisky to impose his will (what little he has) on their secondary. In 20 games against Detroit, Rodgers boasts a gaudy stat line of 5,162 yards, 41 touchdowns, and only eight interceptions. If last week was any indication on whether or not Rodgers has any gas left in the tank, he’s an unquestioned start candidate for me at home.

On only 35 passing attempts, the Falcons allowed 322 passing yards and four touchdowns to the legend that is Russell Wilson. Atlanta finished 21st in passing yards-per-game and 23rd in passing touchdowns given up, respectively. Not much appears to have changed, folks. The Cowboys are going to score early and often against Atlanta, and Matt Ryan is going to be left picking up the pieces. As we saw last week, Ryan is perfectly capable of giving defenses a scare.

Oh, how the mighty have fallen. Not but one week ago, Carson Wentz was my start of the week. My guess is that the second half of the game against Washington was cosmic retribution for my arrogant, early victory lap. This week, things in Philadelphia won’t be much better. The Eagles’ offensive line, well, sucks, and facing Aaron Donald is going to pose a problem for Wentz in the pocket. Adding to his struggle is a secondary full of stars and a weak receiving corps. It’s going to be tough to take deeps shots to DeSean Jackson with Wentz being flat on his butt, and with Jalen Ramsey pressed tightly to Jackson.

I promise you, I’m not trying to poke fun at Danny Dimes. While this is his second straight week as a Sit ‘Em candidate for me, I believe that sunnier days are in his future. In Week 2, Daniel Jones is looking to shake off his two interceptions in Week 1. Unfortunately, he plays a Chicago defense that rallied in a big way against Detroit’s offense last week. Adding to the fact that he’s on the road, Jones is going to have a rough go of it in Chicago.

If Todd Gurley carries his Week 1 performance into the rest of the season, I’ll owe him an apology. While I fully a shootout in Dallas, Atlanta’s backfield accounted for seven receptions last week, and I doubt that Brian Hill and Ito Smith are going to lock down more than half of those in their second performance. Adding a steady performance on the ground against a team that let Malcolm Brown brand their backsides isn’t unlikely.

It comes in the most unfortunate fashion, but Jonathan Taylor is now in full control of Indianapolis’ backfield. For those (myself included) who feared a lack of involvement in the passing game for Taylor, how did six receptions feel last week? Apparently, old habits die hard for Philip Rivers. 17 receptions were divvied up between Taylor, Nyheim Hines, and Marlon Mack in Week 1. Father time, Philip Rivers, is going to keep his star running back relevant on receptions alone. Add a nice showing in the run game, and wow, that’s a potent recipe.

The fact that I have Howard as high as RB25 is unsettling my stomach just a bit. I’ve been told that I’m too forgiving, but for goodness sake, this is excessive. Howard’s eight rushes last week weren’t enough to fend off even the likes of Myles Gaskin, who had nine. If not for falling in the end zone, Howard would have been a complete dud. Facing Buffalo this week, I’m scared to death of what that matchup holds for Howard. My ranking of him is plummeting by the second.

“Timeshare” is the only word horrifying enough to make me shiver. In fantasy football terms, that’s a “he-who-must-n0t-be-named” equivalent. After rushing only five times for, gee, five yards, Leonard Fournette has no business being anywhere near your starting lineup. No, really, I want you to physically move him to the bottom of your Fantrax bench. Ronald Jones is still the clear starter in this committee.

This isn’t the flashiest “start of the week” pick, but when you’re staring his name down on Sunday, I want you to feel confident flexing him. Although Amari Cooper was good for some dinky check-downs in the fourth quarter of last week’s game, Gallup was still the more explosive receiver, averaging 16.7 yards-per-reception. Close your eyes, Cowboys fans, I don’t want to trigger you with this next statement. Had Gallup not been called for that bogus pass interference call in the fourth quarter, he would have had a fine fantasy performance. In a game I expect to see a lot of points scored, don’t shy away from starting Dallas’ No. 2 guy.

I know what you’re thinking, but hey, at least D.J. Chark scored last week, right? Following just three receptions for 25 yards against the Colts, fantasy players may feel restless starting Chark in their lineups. Against a team that allowed Drew Lock to have a nice debut, I fully expect Chark to bounce back. I mean, c’mon, do we really expect Keelan Cole to lead the team in receptions again? My sleeper pick, Gardner Minshew, is going to have a decent game, worst-case scenario, but even then, that should be enough to sustain Chark’s high fantasy value.

What a stinker DeSean Jackson laid against Washington last week. Scraping together only 46 yards on two receptions, Jackson is in line for another disappointing week. Big plays need pocket protection to develop, and with Wentz scrambling to save his life against the Rams’ four-man front, Jackson isn’t likely to bounce back.

Like I said last week with Amari Cooper, hamstring issues plus good coverage equal a bad time. Parker has been limited in practice this week with the aforementioned injury, and you should veer away from Tre’Davious White, as Ryan Fitzpatrick should as well.

One of Philadelphia’s bright spots last week came in the form of eight receptions for 101 yards and a touchdown from Dallas Goedert. To say he’s usurped Zach Ertz as the team’s No. 1 tight end is a bit much, but simply stating that he has a large role carved out for him seems more than adequate. Poor Carson Wentz is going to need a safety blanket his week, in more than one way. Expect a boatload of targets to come Goedert and Ertz’s way.

It’s okay to love again. I know you’ve been hurt, but please, allow Hayden Hurst to have one more chance. The newly acquired tight end in Atlanta struggled last week with only three receptions to his name. With what appears to be a high-scoring matchup against the Cowboys with a partially hobbled Julio Jones, expect Matt Ryan to utilize his tight end to the fullest.

Yeah, I guess you could say I’m not a fan of Miami this week. Although, who’s a fan of Miami in any given week? Sorry Dolphins fans, that one felt like a layup. In Miami’s debut against the Patriots last week, Mike Gesicki put up a meaningless three receptions for 30 yards. He now faces Buffalo who put a quick stop to the Chris Herndon fan club’s movement. I’m hands-off on Gesicki this week, and on behalf of your lineup, you should be too.

What an anticlimactic way for Eric Ebron’s first game with his new team to unfold. Ebron saw a sole reception go for 18 yards. And no, he didn’t do the one reception for a touchdown bit that we’ve seen time and time again. He’s going to have to show a higher target percentage before I feel comfortable starting him in any of my leagues.

There you have it, my list of Week 2 Starts and Sits. If you want plenty of good information on Week 2 Sleepers and Streamers, read my article posted earlier this week, only on Fantrax.