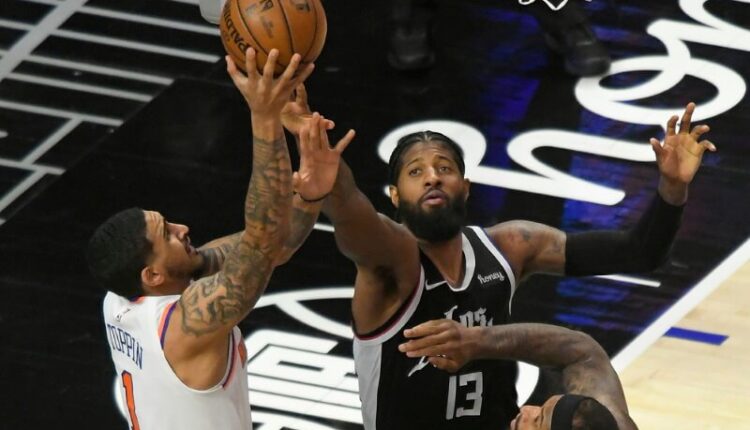 Here we go folks! The final week of the fantasy basketball season! Thanks so much for spending the season with us here at Fantrax for your weekly waiver wire articles. Some leagues had their Championship last week, but some league’s go right to the very end. My kind of style baby!  Here are four players who are set to finish the season off strong and help you take down that fantasy Championship! Good luck to everyone and stay tuned for fantasy awards, dynasty rankings and more in the upcoming weeks!

The last week of the NBA season always has some Thunder and Theo Maledon is striking baby! With Shai Gilgeous-Alexander out for the season, it’s all about the youth in OKC and Maledon is clearly taking advantage. Maledon posted some monster games last week dropping 23 points, 10 rebounds, and 5 assists against Portland while posting 28 points, 6 rebounds, 6 assists, and 2 blocks against the Pistons Friday night. Maledon has now scored at least 18 points in five of his last six games while reaching at least 20 points in four of those games. It’s the Maledon show in Oklahoma City and he needs to be rostered this week!

Damian Jones has been a King indeed this week. The 26-year-old, who’s already been on his fair share of teams in the NBA, just had the best week of his young career averaging 18.3 points, 9.4 rebounds, and 2.5 blocks per game while shooting 67.5% from the field. Jones was outstanding on Friday night dropping 17 points, 17 rebounds, and 6 blocks oh baby! You can’t find those stats on the waiver. The Kings have nothing to play for this week so it’s feed Jones season in Sacramento. League-winning stats right here in California’s capital.

What’s better than one King? Let’s make it two! Staying in California’s capital, Donte DiVincenzo definitely deserves our attention, and another must add for the week. When your dropping 19 points, 9 rebounds, 9 assists, and 3 steals then you get yourself in waiver wire article. Since the Kings have nothing to play for, they are not going to rush back star guard De’Aaron Fox so DiVincenzo is going to get some minutes. He followed his amazing 19/9/9 game with 14 points, 4 rebounds, and 4 assists. Not too shabby if you ask me! Get DD into your lineups asap!

The New York Knicks season is officially over so it’s time for last year’s 8th overall pick to get his time to shine and no better place to shine than Madison Square Garden where Toppin is putting on a Broadway show. Toppin is now averaging 20 points, 6 rebounds, 3.5 assists, and 2.5 3PTM over his last two starts. The sophomore only had one game over 30 minutes the week before and in that game, he dropped 18 points, 11 rebounds and 6 assists. When the play Toppin 30 plus minutes he turns into Obi-Wan Kenobi and plays with so much force even Luke Skywalker would be impressed. Get Toppin into your lineups baby!

Fantrax was one of the fastest-growing fantasy sites over the last few years, and we’re not stopping now. We are the most customizable, easy-to-use, and feature-rich platform in the industry, offering the greatest fantasy experience for your dynasty, keeper, redraft, and best ball leagues. Fantasy sports doesn’t sleep, and neither does Fantrax, with seasons running 365 days a year. Take your fantasy leagues to the next level now at Fantrax.com!
fantasy basketball waiver wire
Share