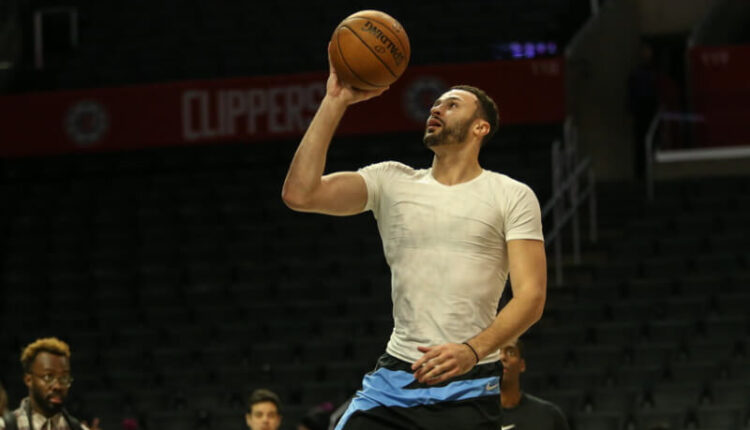 Happy New Year to all and welcome to week 12 of the fantasy basketball season! Hope everyone rang in the new year in style and if you read last week’s article hopped on the Hamidou Diallo train because the man is on fire! He’s a must-add if available but let’s turn our attention to the new! Here are four players who are set for a hot start in 2022 and contribute to your fantasy rosters…

Larry Nance Jr. has been a top-65 player in fantasy for the past month and could use a bit more of our attention. Already a productive player, then throw Jusuf Nurkic in health protocols and it’s going to be quite the week for Larry Nance Jr. Nance has posted nine rebounds in back-to-back games now and is averaging 13.5 points, 9.0 rebounds, 4.5 assists, and 1.5 steals during that span. Nance has posted at least 10 points and five rebounds in four straight games and has a four-game week on the horizon. Get ready for Nance to make some noise in Rip City.

The Clippers are dealing with all sorts of injuries at the moment, the main one being Paul George who’s dealing with a torn ligament in his right elbow and is expected to miss at least the next three weeks. Enter Terance Mann the playoff hero who dropped 39-points against the Jazz last year is finally starting to make some noise. No better time than the new year! Mann has now posted double-digit points in seven of his last eight games and is averaging 18 points, 6.3 rebounds, and 2.3 3PTM over his last three games. Not too shabby baby. The bright lights are shining down now on the 25-year-old and HC Ty Lue says Mann is ready to take the next step. I’m all-in baby!

I think I have a thing for Terrence’s! Terrence Ross is the latest to make his way from health protocols and Ross didn’t miss a beat dropping 33 points, five rebounds, three steals and four 3PTM in his return to the lineup. The Magic are missing multiple starters so they can really use Ross’s scoring touch. This is a no-brainer if you’re in need of points and three-pointers.

We got to save Madison Square Garden for last as Obi Toppin is ready to put on a show this week for the New York faithful. The Knicks frontcourt is in shambles this week and the sophomore rose to the occasion Sunday dropping 19 points to go alongside six rebounds, six assists, one steal, and two blocks. Mitchell Robinson and Nerlens Noel are both out of the lineup so it’s eight overall pick’s time to shine. The key is always the minutes as Topping went from 27 minutes up to a whopping 45 on Sunday. The sophomore has now posted at least six rebounds in back-to-back games and is ready for a massive week in the big apple. I’ll take a bite please.