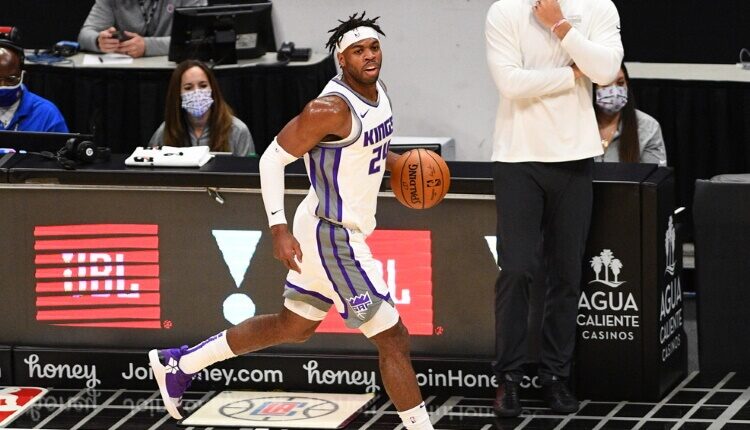 With the trade deadline behind us and the All-Star break right around the corner, there are a lot of interesting developments awaiting us over the final two months of the season. These past few days have already shown us a number of players who can expect an expanded role down the stretch, and some others who have seen their roles diminished as a result of the many transactions that took place across the league. This has led to several players seeing their stock take a huge leap as we head into the break. So let’s take a look at some of these stock movers who, for better or worse, have seen their roles change in a major way over the past few days.

Being traded to the Trailblazers is looking like the best thing that could’ve happened to Josh Hart, as he has scored 50 points in his first two games for Portland. His 23-point debut and 27-point outburst are already his two highest scoring games since the calendar turned to 2022, and he legitimately looks like he could be the team’s first or second option on offense the rest of the way. Hart has always carried solid value as an all-around stat-stuffer, but a scoring boost like this would be huge for his value the rest of the season. He looks like he could easily be a top-50 player down the stretch, and his stock is possibly at its highest point in his career as a result.

After playing behind Joel Embiid in Philly for the bulk of the season, Andre Drummond started in his Brooklyn Nets debut last night, scoring 11 points on 4-for-7 from the floor to go with 9 boards, 4 assists, 2 steals, and a block in 24 minutes of action. Drummond has proved time and time again that he is a fantasy hoops monster when given enough minutes, and it looks like he once again will see that kind of opportunity in his new home. The frontcourt is a bit of a logjam with LaMarcus Aldridge, Nicolas Claxton, and Blake Griffin down low, but Drummond is athletic enough and a good enough rebounder (the Nets greatest need at the moment) to potentially run away with the job or at least commandeer enough minutes to be a nightly double-double threat with elite defensive stats. The big man’s stock is pointing straight up after a very encouraging start to his Nets career.

Another member of the “being traded was the best thing that could’ve happened to me” club is Buddy Hield. After seeing minutes in the mid-20s with double-digit scoring in just three of his last nine games with the Kings, Hield has erupted for a combined 65 points in his first three games with the Pacers. The former sixth overall pick has also contributed 19 rebounds, 13 assists, and 13 threes for Indiana thus far, but perhaps most impressive is that he has seen 39 minutes per game across these first three games. It’s clear that the Pacers are going to give Hield as many minutes and opportunities on offense as he could possibly hope for down the stretch, and his stock has skyrocketed as a result. Hield is going to feast in Indy.

While not traded to a new team himself, the Wizards lost Beal to season-ending surgery and traded away some pieces, leaving Corey Kispert as one of the key components of a second-half rebuild. The 15th pick in the most recent NBA draft, Kispert has the chance to become an elite shooter and a really solid player, as his minutes and offensive responsibility see a huge jump moving forward. Averaging 31 minutes per game over his last four, Kispert has reached 20 points twice while knocking down 9 triples and grabbing a respectable 19 rebounds. These numbers should only go up as he continues to gain confidence and develop over these final months of his rookie season, and his stock is rising accordingly. There will likely be a few duds and growing pains along the way, but Kispert looks poised to have a great finish to his first NBA campaign.

Unlike so many of the players above who saw their stock soar thanks to a handful of deadline deals, the Kings made some moves that have effectively destroyed the production of Richaun Holmes. After trading for Domantas Sabonis and already running their offense through the big man, Holmes has been left with just 17 minutes per game across his last three, scoring just 4 points per game with as many rebounds (6) as turnovers in that time. It’s possible that they’ll figure out a way for both of them to get theirs, but knowing the Kings, it seems doubtful. As a result, Holmes, who has been a very productive big man in fantasy hoops over the past couple of seasons, has seen his value dissipate almost entirely. His stock is quickly approaching rock bottom, and all we can do is hope that something changes sooner than later.