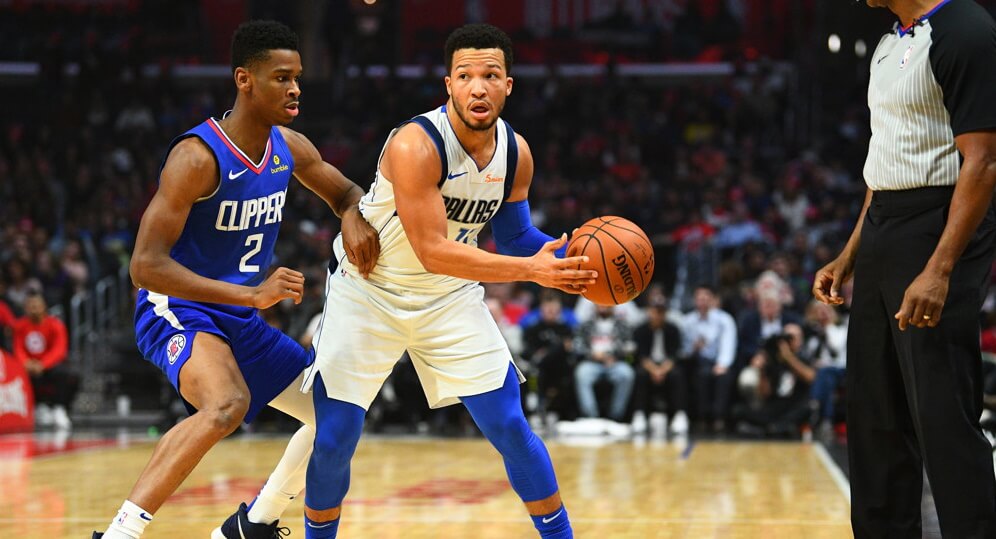 As the NBA season heads into the heart of November, the injury bug is starting to take its toll on the league. And while this is obviously a detriment to NBA teams as well as any fantasy team that rosters these players, it does create additional minutes and opportunities for players who otherwise might not have seen such an expanded role. For some players, they are able to boost their stock enough in this time to carve out a significant long-term role, but this is far from the norm. So let’s dive right in and take a look at some guys whose stock has jumped considerably over the last handful of games.

After a promising rookie season in limited minutes for the 76ers, Tyrese Maxey has exploded to start his sophomore campaign. The 2020 first-round pick has seen 35 minutes per game thus far, and he’s proving that he deserves every minute of that playing time. Maxey is averaging 15.8 points, 3.8 rebounds, 4.7 assists, and 1.3 threes per game, including a 31-point outburst last night against the Bucks.

Averaging over 30 minutes per game right from the start of the year, the young guard’s minutes have been hovering around 40 per contest of late, due to several players, including Tobias Harris and Joel Embiid, dealing with covid-19 symptoms. As a result, Maxey has been entrusted with leading the offense, and while he certainly will not run the offense like this when the team is at full strength, he is once again showing off his natural scoring and play-making abilities. His stock is clearly on the rise, and he should continue to see an expanded offensive role regardless of who is playing around him. The talented sophomore looks poised to continue this terrific start to the year.

For the first three years of his career, Jalen Brunson seemed to be locked in as a solid NBA backup guard whose value was much higher for his actual team than for any fantasy team. Now however, he is having a career year, and his stock is the highest it’s ever been, as his NBA value and fantasy value have both shot up considerably. Brunson is averaging 15.0 points, 5.1 rebounds, 4.5 assists, and 1.2 threes per game on an efficient 49.6% from the floor, and those numbers are only getting better of late. Playing a career-high 28 minutes per game on the season as a whole, he has topped 30 minutes in each of his last four contests, even upon being moved back to the bench when Kristaps Porzingis returned to the lineup. In those last four games, Brunson has gone off for 21.5 points, 6.5 boards, and 4.3 assists, shooting 50% or better from the floor in each of them. Now sharing the floor with Luka Doncic for a good portion of each game, there is no reason why his production shouldn’t stay at this level. The experienced guard out of Villanova is finally putting up the statistics to match his contributions on the court, and fantasy teams need to capitalize.

What year is this? Carmelo Anthony has topped 20 points in four of his last six games so it might as well be 2013. In all seriousness, 37-year-old Carmelo looks incredible thus far, and he is in the best possible scenario to continue this stretch over the duration of the season. Playing alongside Russell Westbrook and Anthony Davis, defenses are not paying him the attention he deserves, and he is taking full advantage of it. In his last six contests, Anthony is putting up 20.7 points and 4.3 triples per game, doing it on a ridiculous 55% from the floor. And with the latest reports regarding LeBron James saying that he appears likely to miss four to eight weeks, Anthony should see as many minutes as he can handle at this point in his career, taking on a slightly larger role in the offense as well. The veteran has proven that he’s still got it, and his stock will continue to rise assuming his 37-year-old body can hold up with this workload. Carmelo Anthony is back.

After finishing off a season in which he didn’t quite look like himself due to injury, Kemba Walker joined the Knicks to have a bounce-back season in his home state. And after a few promising games, it looked as though Walker was back to his old self. Unfortunately, the veteran point guard followed up that hot stretch with three games in which he scored eight or fewer points 33.3% from the field or worse in each contest. Now 31 years old, and possibly not the same player that he was before the knee injury, it is beginning to look like we may never see a consistent version of the all-star point guard we’ve all come to know and love. And with Derrick Rose beginning to find his groove on offense, he will only continue to siphon off more minutes if the distance between their production levels continues to widen. Walker’s stock is heading downhill fast, while Rose and the majority of the Knicks team continue to excel. His fantasy outlook is bleak.

Yuck. After putting up a career-high 13.1 points per game a season ago, it was of popular opinion that Marcus Smart would build on his strong 2020-21 season heading into this year. This has been far from the case however, as the veteran guard is averaging just 8.6 points per game on an abysmal 31.2% from the floor. Smart has reached double digits just twice all season, and only once in his last eight games. His defensive production remains a strength of his with 2.2 steals per game thus far, but the rest of his game is severely lacking fantasy appeal, at least through this point in the year. While a repeat of his numbers from last season seems out of the question, he should improve upon these hideous shooting numbers through these first three weeks of the season. That said, Smart appears to be (maybe) the fifth option in the Celtics offense, with Tatum, Brown, Schroder, and even Al Horford seemingly taking a greater share of the workload on that side of the ball. This is a huge negative for his overall fantasy value, as he currently seems slated to produce no more than steals and some threes from a fantasy perspective. Smart’s stock has declined significantly from his preseason projections.