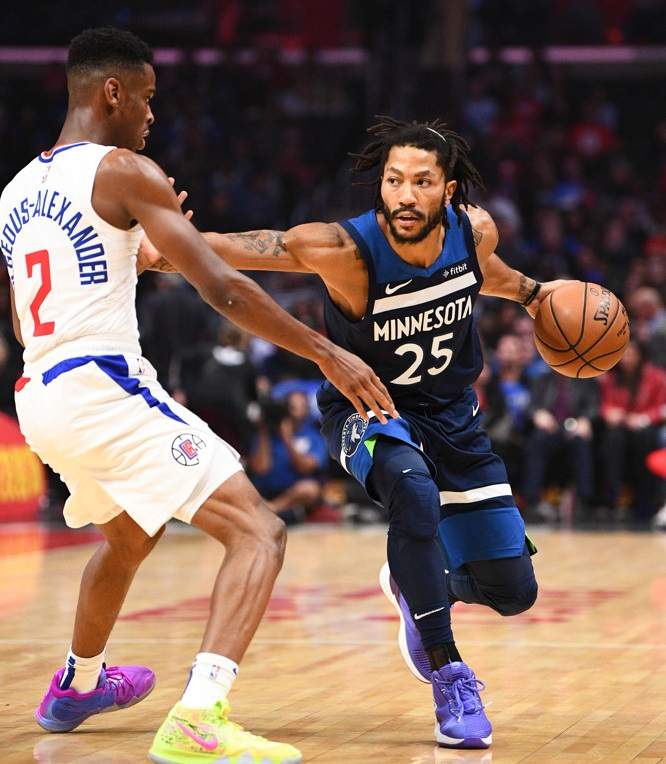 As a break from the regular fantasy basketball content, let’s change gears and have a look at the players who have improved from last season. I have compiled a list of 20 players who have increased their rank significantly when compared to the 2017/18 season. The players listed are viable options in competitive formats, ensuring relevance for many owners across all leagues.

Most Improved Players of Fantasy Basketball 2018-19

Here is a list of the players ranked 20 to 6, in descending order.

And now the top five, once again in descending order, with a brief summary of their season so far.

Pascal Siakam is almost unquestionably the favorite for the most improved player this season, and with good reason. He has increased his production across the board despite the addition of Kawhi Leonard.

Siakam is a player that many would have acquired off the waiver wire and in many instances, could be the difference between winning and losing a fantasy championship. The increase in scoring has come with a more impressive increase in efficiency. The Raptors are almost certainly going to be in the mix for the number one seed in the East and much of that is on the back of Siakam’s incredible season. Leonard will likely miss at least a few more games which only brings with it more opportunities for Siakam to be the primary weapon.

Jerami Grant has flown under the radar in many formats this season, primarily due to the fact Paul George is having an MVP caliber season. Grant was touted as a potential breakout this season with Andre Roberson out due to injury, but the top-60 would have been on the high-end of any predictions.

The addition of Markieff Morris could slightly impact Grant’s playing time, however, he should maintain the bulk of his value. Grant is a perfect fit for the Thunder and given they appear as though they will make a deep playoff run, Grant should remain a must-roster player.

JaVale McGee began the season on fire, impressing for his new team on both ends of the floor. His playing time was reaching levels not seen before for the veteran and he was producing accordingly. Over the course of the season, he has floated in and out of the starting lineup as well as going through a period of injury.

As of right now, he continues to be the starter for the Lakers and has been playing much better. It is no coincidence that his numbers appear to increase when he is on the floor with LeBron James. He has scored in double-digits in seven of his past nine games, however, his block rate has decreased. He remains a must-roster player in many formats but owners should temper their expectations moving forward.

Much like McGee, De’Aaron Fox was on fire to start the season as the Kings surprised many with their impressive record. They have certainly come back to the field but remain in the playoff picture in what is a loaded Western Conference.

Fox went through what can only be described as a terrible rookie season and really had nowhere to go but up. He was a top-30 player to begin the campaign, garnering the attention of many fantasy owners. He has since regressed in his production but is still a much-improved player when compared to 12 months ago. The Kings are going to try and push up into the eighth seed and Fox should continue to get all the run he can handle through the fantasy playoffs.

Rose has been one of the feel-good stories of the season after seeing his career almost come to an end over the past few years. He seriously contemplated moving away from the game of basketball after a slew of injuries, before being given a final chance by then head coach Tom Thibodeau.

His rank is obviously inflated by the fact he barely played last season but he has certainly captured the imaginations of plenty of fans. He had a 50-point game earlier in the season, capping off what has been an incredible return for the former league MVP. Despite the lofty numbers, Rose continues to be plagued by lingering soreness due to his previous injuries. This is unlikely to change at any stage but the Timberwolves appear to have been able to manage it quite successfully.

Owners who picked up Rose early in the season may or may not have been able to hold onto him. Without an IR spot, the missed games could have been too hard to overcome. He is scoring the ball on high-efficiency whilst chipping in with assists and three-pointers but offers little on the defensive end. If you are sitting at the top of your standings you may be able to hold onto him, activating him on certain nights. Owners fighting for a playoff spot may need to find a more reliable option with less risk of missing games.

Got a question about today’s fantasy basketball most improved? Hit Adam up on twitter @adamking91 or give a shout out to @Fantrax