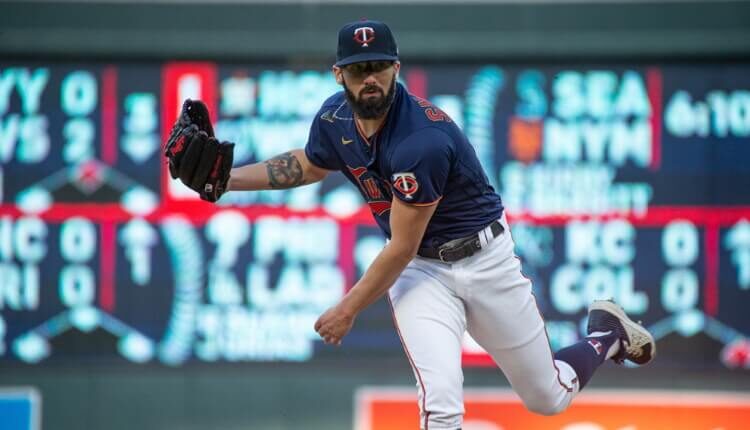 Contreras continues to ride on the borderline of being eligible for my weekend streamers. With a 50% roster rate on CBS he technically is too rostered since he is not below 50%, but he is the only pitcher worth streaming on Friday. Contreras hasn’t been as good as we were hoping so far this season, but his stuff is still attractive. His whiff rate (27.2%) and chase rate (32.9%) are both above league average, and he’s facing a Milwaukee team that strikes out 23.7% of the time against RHP. The Brewers are also an average offense and don’t stand out in any offensive category against RHP. I’d be confident starting Contreras at home against the Brewers this weekend.

A matchup of two of the worst teams in baseball offers plenty of streaming potential. I like Singer here more than his counterpart, Alex Faedo. Singer has been able to pitch deep into games and provide bulk innings which really helps out in points leagues. In his last start, Singer went 8.1 innings but allowed 5 earned runs. I’m hoping he can go deep and limit the damage against the lowest-scoring team in the league. He has a league-average strikeout rate of 22%, which can only get better against a Tigers team that strikes out 24.1% of the time against RHP. Singer has shown flashes at times this year and the matchup doesn’t get any better than the Tigers. Stream confidently in points leagues while being a bit more cautious in roto.

In his last two starts, Peterson has thrown at least 100 pitches with at least 7 strikeouts. He was far more efficient in his last start, as he went 7 innings while allowing 2 earned runs with no walks against Miami. This weekend he gets the Rangers who are a slightly tougher matchup than the Marlins. In six of his last eight starts Peterson has had a K% of at least 26%, and it has been trending upward over the course of this season. The Rangers don’t strike out a ton, but they also don’t rank in the top of the league in runs scored. I’m a believer in Peterson, and I think he will continue to get better while he fills in for Scherzer/Megill.

I’m less confident in DeSclafani than I feel I should be. He hasn’t been nearly as good as last season but he never really got going and was placed on the IL to begin the year. In two starts since coming off the IL, DeSclafani hasn’t gone more than 3 innings and has allowed 5 and 7 earned runs. I don’t believe he’s that bad and can’t believe his roster rate has fallen enough to be considered for this article. DeSclafani will get back on track at some point and I would pick him up as a streamer before he starts to put up good starts consistently. The White Sox haven’t been as good as they should be and DeSclafani gets them at home. He may still be knocking off the rust after coming off of an injury, so get ahead of a good pitcher before he gets back on track.

Smeltzer has been under the radar all season. All he did last time out was allow one earned run with zero walks and nine strikeouts in a quality start. The uptick in strikeouts was a nice addition to an already solid streaming option. Smeltzer is a master of none and hasn’t stood out in a good or bad way. He’s not a bet to repeat his strikeout performance, but he should continue to pitch deep into games without allowing more than a run or two. Especially against the Orioles, who have been better in June, Smeltzer is a good option to close out the week on Sunday.