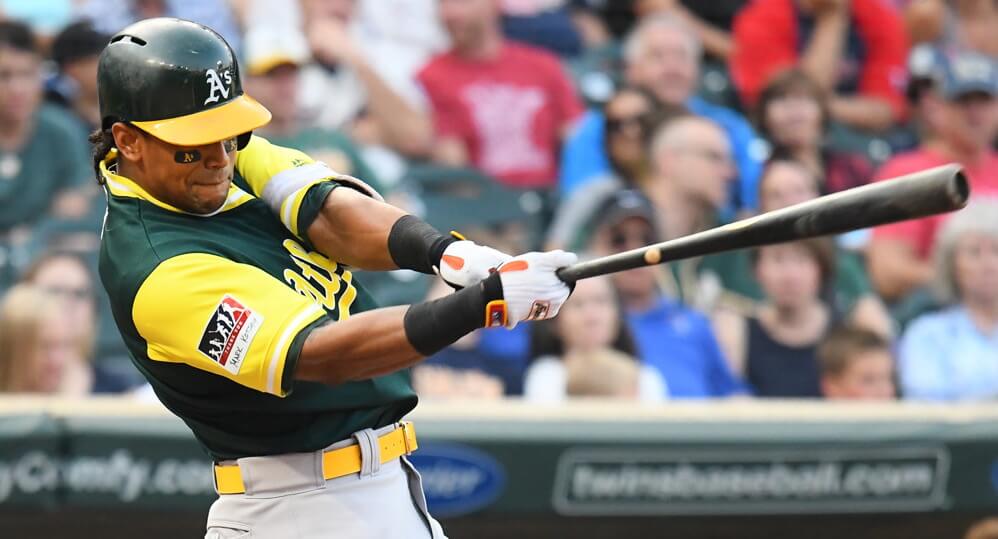 We’ve got just over a week of baseball in the books, well, for most teams at least. And the results, much like the season, have been crazy. We’ve got 11 players hitting over .400, and 48 of them hitting .300 or better. If only Ronald Acuna and Christian Yelich can get going now. Of course, most of what’s happened won’t be sustained. You can read about some of those hot starts in Chris Clegg’s Hot Starts: Trust of Bust? Much like that piece, I’ll be looking at some fringe players off to cold starts to see where they stand.

In a short season, there may not be enough time to wait on a guy to get going or for things to stabilize. Waiting for a BABIP to correct itself could mean missing out on a hot run like the one Kyle Lewis is on. So, can you cut them in favor of a hitter on a hot streak? Or are they worth holding on to? Let’s take a look.

Cut or Hold these Cold Starts?

If you own Bryan Reynolds, you’re probably familiar with the fact that he had never hit under .300 at any level. So going 2-for-24 to start the year isn’t exactly what you’d expect. Reynolds has been dropped to fifth in the order while he works things out. There are some encouraging signs that Reynolds will turn things around. First, his .125 BABIP. But for that to really skyrocket to his career norm of about .375, he’s got to hit more line drives. Reynolds has a 12.5% line drive rate at the moment after consistently hitting 20% or betting in the minors and 23.9% last season. And he’s currently got a 56.3% ground ball rate. We’re working with only 16 batted balls, so the numbers will change drastically with every game.

Another good sign is his four walks to eight strikeouts. So, at least he’s being patient. Perhaps too patient, as his swing percentages are down across the board. Reynolds has also seen more breaking balls so far this season. He saw breaking balls 26.3% of the time last year and had a .263 xBA, the lowest of any pitch type. His breaking ball percentage is at 30.8%. So perhaps Reynolds is going through an adjustment period.

Keep in mind as well that Reynolds has a baby on the way with his wife due in September. Preparing for the season amid a pandemic with an expecting wife has to be a lot for a person. I’m holding Reynolds for one more week in shallow 10-12 team formats. Should his slump extend through next weekend, it might be time to look at other options.

Khris Davis is hitless in his first 17 plate appearances with seven strikeouts and has sat out the last two games for the A’s. Once one of the most consistent power hitters, Davis seems to be on a steep decline. He hit only .220 with 23 home runs last season. It was easy to attribute his struggles to injury after he hit 10 home runs through April and was injured in early May. But there were red flags despite his hot start. Davis’ average exit velocity on line drives and fly balls was at 95.1 MPH. This was down from the 97.2 MPH he put up in 2018, and the 98.7 MPH he had in 2017. So clearly, there was a pattern there. So far this season, it’s at 94.6, granted it is early. The lower someone’s exit velocity is, the better they have to be at making contact. And that’s not exactly a strength of Davis.

Franmil Reyes is off to a cold start, hitting .231 with no home runs and one extra-base hit. Reyes showed last season that he could hit for power with the best of them. With a top-five average exit velocity and top-15 barrel rate, he produced 37 home runs in 548 plate appearances. So far, Reyes hasn’t hit a single barrel, but I wouldn’t worry just yet. There are some good signs that he could get going soon.

Through 27 plate appearances, Reyes has struck out only six times. This could be due to his increased O-contact rate, up to 66.7%. The problem is that he’s getting on top of everything, with a 65% ground ball rate. It’s just a matter of time before he gets his timing right and gets going. I wouldn’t consider dropping him in any format.

There were really high hopes for Willie Calhoun coming into the year after he hit 21 home runs in 337 plate appearances with a .269 batting average in 2019. With his strikeout rate down to 15.7%, Calhoun showed a ton of promise. Unfortunately, that hasn’t carried over to this year. He has one hit in 14 plate appearances and has struck out five times with no walks. During the first Spring Training session, Calhoun was hit in the face and suffered a broken jaw. Manager Chris Woodward has expressed his concerns about how Calhoun is responding despite being fully healthy. He’s sat Calhoun three times in the first seven games. I would cut him in 10-12 team leagues with three outfielders, but hold in deeper formats.

The biggest questions regarding Yandy Diaz coming into the year were playing time and if he can continue to improve his launch angle to hit more fly balls. The good thing has been that Diaz has played pretty much every day. The bad part, he has a 62.5% ground ball rate and a .095 average through seven games. Last season, he was among the league leaders in average exit velocity on line drives and flyballs at 97 MPH. That’s carried over with a 97.4 MPH average, granted with only five batted balls classified as line drives or fly balls. Be patient with Diaz, he’s been. Diaz has nine walks to only five strikeouts and is making consistent contact with a mere 5.1% swinging-strike rate. The hard-hit balls, the patience, and the .125 BABIP say Diaz will have much better days ahead.