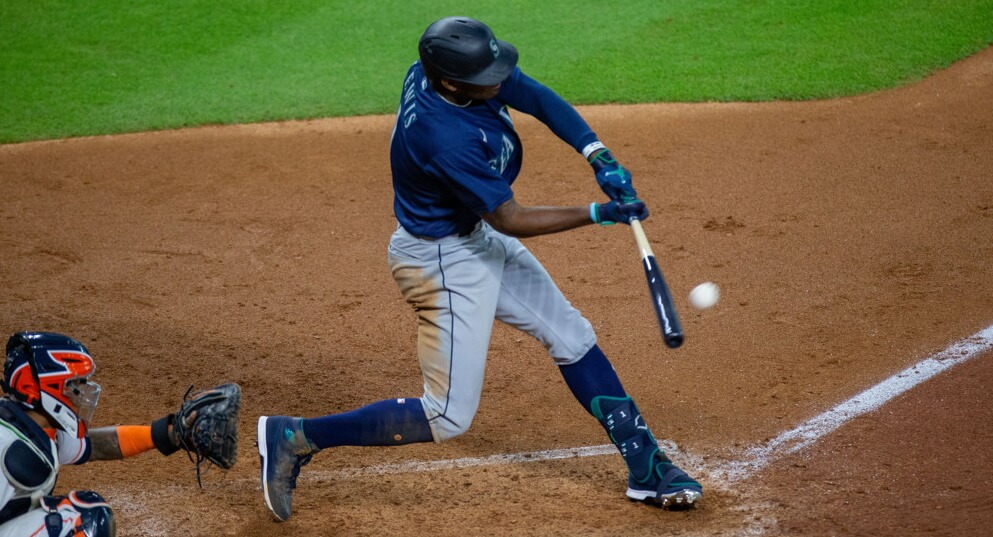 The first week of Major League Baseball has come and gone with the blink of an eye. The crazy thing is, ten percent of the season is already done. There is no time for Fantasy Baseball players to wait for samples to normalize in an unorthodox season like this. Some unexpected players are off to hot starts, while high-end players like Ronald Acuña and Christian Yelich have struggled out of the gate.

While players like Acuña and Yelich will likely rise to the occasion, trusting unexpected players who are off to hot starts can be tough. Should they be rostered in your league? Will they continue producing at a high level? Those are questions many Fantasy Baseball players likely have. I will break down several players off to hot starts and look if you can trust them moving forward!

Trust or Bust on these Hot Starts?

Teoscar Hernandez is off to a blistering hot start to the 2020 season. After hitting two home runs in Thursday’s game, he now is tied for the Major League lead in home runs. Hernandez is hitting .321 with a .355 on-base percentage and a .821 slugging percent. As a career .239 hitter, the elevated batting average has been a pleasant surprise. Baseball Savant has Hernandez underperforming with an expected batting average of .336.  In addition to his power, he has also chipped in two steals on the base paths. He is still striking out at a 29-percent rate, but that is down four percentage points from last season.

A notable change in Hernandez’s numbers is his decreased groundball rate. Last season he put the ball on the ground 39 percent of the time but has dropped that number to 25 percent in a small sample in 2020. According to Baseball Savant, Hernandez has a 70-percent hard-hit rate, which is second-best in baseball of hitters with at least 15 batted ball events. Coupling the hard hits and the increased line drive and fly ball rate, means Hernandez is primed to hit plenty of home runs. There is likely some regression coming in his batting average due to Hernandez’s strikeout rate, but expect the power to continue.

Much like 2019, Dansby Swanson is off to a hot start. Swanson looked primed for a full breakout last year before injuries hampering his season in July. Fast forward to 2020, and Swanson is doing it again. In 27 plate appearances, he has a .370 batting average with two home runs, nine RBI, and five runs scored.

The bad news, Swanson has not had a single walk and has struck out 11 times already. While it is a small sample, those plate discipline trends are worth monitoring. It is staggering that Swanson has been able to start the season so hot with those kinds of numbers. Given the fact that he has a career 9.3 percent walk rate and a 22.8 percent strikeout rate, those numbers should regress toward normal as the season continues. That is good news given that Swanson is performing at a high level, while also struggling with his plate discipline.

Swanson is hitting fewer ground balls and making solid contact to all parts of the field. According to Baseball Savant, Swanson is in the 90th percentile or better in xBA, Hard-Hit percent, xSLG, Barrel percent, and xwOBA. He does own a BABIP of .571, which says regression is coming. But Swanson is showing signs that what he is doing is legit. To see a further breakdown, check out my “Dansby Swanson Deep Dive.”

Colin Moran is another hitter on the hot starts list. He owns a .300 batting average and has hit three home runs with four RBI. Moran has hit for a solid average throughout his career in both the Minor and Major Leagues, so it is not surprising to see him hitting .300. The power is somewhat a surprise considering Moran has never hit more than 13 home runs in a full season.

Moran’s exit velocity has spiked from a career 88.4 miles-per-hour to 94.7 this season. He only has 15 batted ball events, so it is worth monitoring to see if he continues to hit the ball hard. Moran is also hitting the ball in the sweet spot, between eight and 32-degree launch angle, 46.7 percent of the time. While there are plenty of positive signs, I need to see more from Moran before I trust what he is doing for the rest of the season.

Kyle Lewis is finally showing everyone why he was worthy of a first-round selection in the 2016 MLB Draft. Of players with at least 20 plate appearances on the season, Lewis ranks second in batting average, only behind Giancarlo Stanton. Lewis has 11 more plate appearances and is hitting .448, while Stanton sits at a .500 batting average. Lewis has always had a suspect hit tool due to his high strikeout rate. That has been on full display this season, with Lewis striking out 37.5 percent of the time.

Lewis has a ton of raw power, so he could likely be a 30 home run threat over a full season. But in 17 batted ball events, Lewis has a -0.1 launch angle in 2020. 47.1% of his batted balls have been on the ground, which is right in line with his professional career numbers. He does have a sweet spot percentage of 52.9 percent, which is encouraging.

As mentioned in Mike Kurland’s tweet below, Lewis has made some notable changes at the plate this season. It is worth watching if these trends continue. Lewis has a crazy unsustainable BABIP of .733, so expect the batting average to come crashing down a bit. Lewis also needs to hit the ball in the air more if he wants to hit more home runs. He is off to a hot start and I would ride it out, but the numbers do not look sustainable right now.

Christian Vázquez enjoyed a breakout in 2019, and was one of the better catchers for Fantasy Baseball. Never hitting more than five home runs in a season before 2019, Vázquez mashed 23 home runs last season while hitting .276. Despite the great season, he was written off in Fantasy drafts, going at an average pick of 252. Vázquez has rewarded Fantasy owners with a hot start, tied for the league lead in home runs with four in just 20 plate appearances. He has driven in eight runs, scored five times, and has a .421 batting average.

Vázquez has picked up right where he left off in 2019 while improving some underlying metrics. He has lowered his strikeout rate from 19.4 percent last season to 15 percent in 2020. Vázquez has also reduced his O-Swing percent from 35.2 percent to 29.8 percent. A lower O-Swing shows improved plate discipline by swinging less at pitches outside of the zone. His elevated launch angle, while making contact at a high rate, is a good recipe for success. Finding substantial Fantasy contributors at the catcher position can be hard to do, and Vázquez is proving he is worth the conversation of being a top-five contributor at the position.

Zach Plesac looked like an ace in his first start against the Chicago White Sox. He pitched eight shutout innings, racking up 11 strikeouts and not walking a batter. Plesac increased his slider usage from 2019, and it produced a 46.9 percent CSW(called + swinging strike percent). He produced an overall CSW rate of 37.8 percent. Forty percent is considered to be an elite number.

Last season, Plesac had a mere 18.5 percent strikeout rate in 115.2 innings pitched. One start makes the strikeout numbers hard to trust given Plesac’s history. He also was a beneficiary a few called strikes outside of the zone, as the strike zone was pretty wide throughout the game. This is not to belittle Plesac’s start because it was one of the best so far this season.

The Indians have a way of making pitchers elite, so it is worth monitoring with Plesac. A trip to Great American Ballpark against a hard-hitting Reds team will be a tough matchup in his next start. I want to see how Plesac performs there before fully buying in.

Merrill Kelly got off to a hot start in his first outing of the season against the Rangers. He took a no-hitter into the seventh innings before giving up a solo home run to Rougned Odor. The Diamondbacks could not have asked for a better performance though, as Kelly gave them 7.2 innings of one-run ball, striking out seven hitters. Kelly did end 2019 on a strong note, so was this start a good indicator he will continue to have success?

Kelly gave up 19 batted balls in the start against the Rangers and was hit for an average exit velocity of 89.5 miles-per-hour. The overall Statcast data is relatively mediocre. Kelly did see a small velocity jump on his curveball, cutter, and changeup, which is worth noting. His next start is against the Dodgers, one of the lineups in baseball. I would not feel comfortable starting him in that outing. If he can continue to pitch well over the next several outings, he may change my mind. But for now, I am not buying in.

All statistical references came from Fangraphs and Baseball Savant and are current prior to games on 7/31.