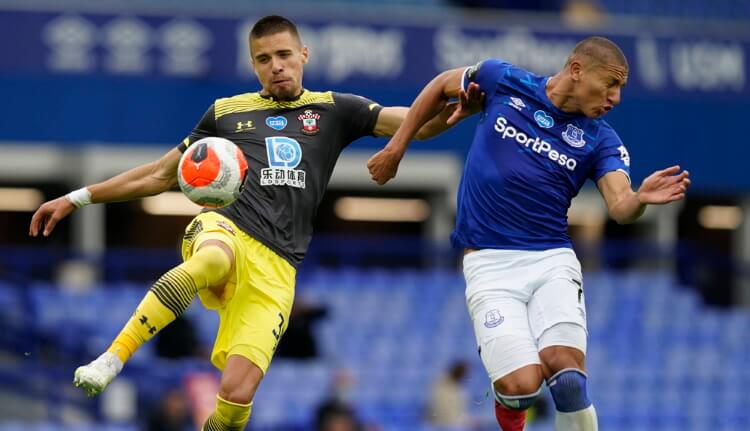 Every Fantrax manager knows that Waiver Wire acquisitions can make or break your Fantasy EPL season. This Gameweek 33 Waiver Wire article is here to help managers pick up the best Draft Premier League players possible, as well as suggest players to potentially target in a trade with a fellow manager!

Here we outline Fantasy EPL Gameweek 33 Waiver Wire Targets that are 40% rostered or below on Fantrax.  These players will also have a favorable run of fixtures upcoming, so they could perform very well over the upcoming period!

Teams with Double Gameweek in GW33:

Teams with Blank Gameweek in GW33:

Next Fixture: Arsenal (Home), Burnley (Away)

Prospects: Look, it may sound crazy to recommend a player from a team that has just had a 6-0 beating. I get that. But the fixtures are kind and Southampton are no strangers to rising from the ashes of a heavy defeat to string together a run of great results, all phoenix-like. Arsenal, since everyone started talking about their chances of a Top 4 finish have lost 2 on the trot conceding 5 to Palace and Brighton while only scoring 1 in 180 minutes, whereas Burnley have just lost to Norwich. Neither team looks like a world-beater on current form and Southampton could legitimately be looking at at least 1 CS and a flurry of ghost points in defense. If you are not lucky enough to be able to grab Salisu, Bednarek or one of the full-backs are the next best thing.

Verdict: I would use a mid-range waiver claim or about 1-3% of my remaining FAB on Bednarek.

Prospects: I have hyped Bruno several times since he came into the league only for him to take a painfully slow route to the Newcastle first team. He has however been great in all of his displays, so it is time again, to go out on a limb and say he will get 180′ in the double and should provide managers with a cool 15+ ghost points.

Verdict: Bruno should cost you 3-6% of your FAB.

Prospects:  It seems every week I start the forward section with a sob story about how shallow the WW pool is when it comes to forwards. Well, cue the music. The barren wasteland that is the forward pool is throwing up Jay Rodriguez this week, who has looked surprisingly threatening against Norwich so could come up with a decent score in this double gameweek. However, I would only recommend getting him in if you are desperate for a forward. Otherwise, there is much more value in double gameweek midfielders and defenders this week.

Verdict: I would use a low-end waiver claim or about 0% of my remaining FAB on Jay-Rod.