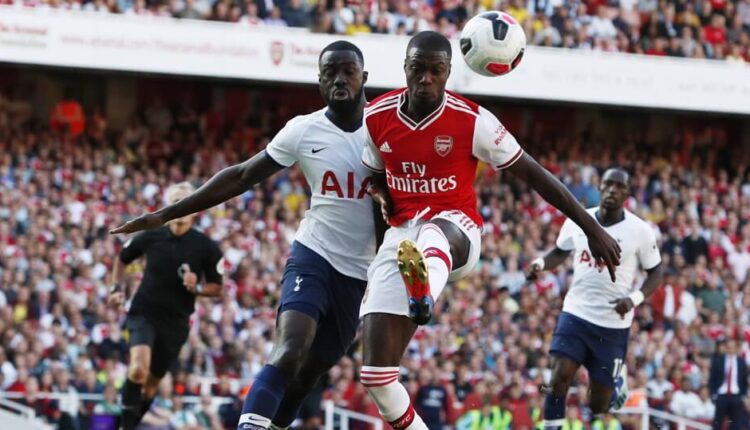 Getting your team selection correct in Draft Premier League is just as essential as your pre-season draft or your weekly waiver wire claims. And that’s exactly why we’re here to help with our Gameweek 3 Start and Sit article! We’re here to help you with some of the big Fantasy EPL decisions you may need to make for the upcoming fixtures.

Ah, Gameweek 3, when we think we’re starting to get a feel for how the season is going and then realize that there are plenty of surprises in store. But at least we have one more week of data to help confirm or refute our suspicions on certain players. This week, we’re going with momentum and matchups.

Between the sticks, we have Vincente Guaita, GK from Palace, who finally have a decent matchup of Aston Villa at home (after playing Arsenal & Liverpool back to back). In defense, we have Joachim Andersen from Palace (same principle plus he has been ghosting very well in the first 2 GWs and now has a chance of a cleansheet) partnering with Forest’s GW2 ghost point warrior Moussa Niakhate (his deputy, Steve Cook, will go if his knock keeps him out), fantasy favorite Davinson Sanchez (filling in for injured Cristian Romero), and Joe Gomez (filling in for injured Joel Matip). We’re all about taking advantage of injuries and scooping up very able replacements.

In the engine room, we’re going with Granit Xhaka (yes, you read that right, he has actually been performing well & has Bournemouth away), Andreas Pereira (disappointing thus far but takes set pieces & has a decent matchup v Brentford at home), Moises Caicedo (he can’t stop scoring double digit ghost points; if it ain’t broke…), & Solly March (will face rotation but probably starts this GW & has scored quite well in GWs 1 & 2).

Finally, up front, we’re punting on Jordan Ayew to rediscover the ghost point form he displayed GW 1 v Arsenal & Kelechi Iheanacho (or Patson Daka) if he gets the start at home to a woeful Southampton defense.

Meanwhile, on the other side of the tracks, we have some obvious sits mixed in with some surprises. At goalkeeper, David De Gea & Man United have had a torrid start to the season and host Liverpool. At the back, Schar can’t ghost against anyone other than Forest and is up against Man City, Maguire (enough said) & Luke Shaw (has been anonymous & seemingly off set pieces) have to defend against a Liverpool with something to prove.

In the middle, Jorginho is mediocre unless granted a penalty kick, Rodri (the Man City one) has been lackluster and has little upside, ASM has also been a shadow of himself thus far and won’t have the ball much v Man City, and Captain America Brenden Aaronson has been unlucky not to get an attacking return in the first 2 GWs but also has not shown any ghosting ability (unless he scores or assists v Chelsea, expect more of the same).

And in the attack, Danny Ings is still very goal dependent and faces a stubborn Palace defense, Rodrigo has started the season like a house on fire but he won’t be able to keep that up against Chelsea, and Daniel Podence is coming off a very bad outing and has Spurs away. That’s your lot!

Make sure you also check out our official EPL content partners, The Draft Society, for all the latest! Check out their Fantrax Weekly Player Projections page for more player evaluations for the upcoming week!