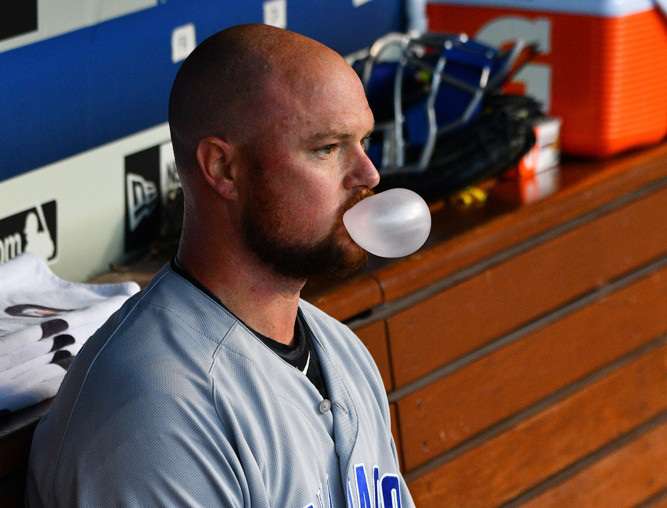 It’s a lot easier to poke holes in high-ADP pitchers than it is with hitters. I could use the age argument to avoid drafting Scherzer, Kluber, and Verlander. If Kershaw wasn’t already hurt, he’d be atop this list. Chris Sale is coming off an injury that led to decreased velocity. Nola has only been healthy for one season. I can make more health arguments against a wide swath of the pitching field. In the end, we have to draft one of these guys and accept pitching is a minefield. These ensuing Don’ts are an even worse value to me than the aforementioned starters. Not even the madness of March can convince me to invest in these hooligans.

There’s still time! Leagues are still forming at Fantrax.com, so head on over and start or join a league today.

I enjoy maple syrup. I enjoy Canada. I enjoy big things, with the exception of spiders. It would make sense, then, that I would enjoy “Big Maple” James Paxton. Well, I do! Paxton is one of my favorite real-life pitchers. As I’ve laid out several times throughout the course of this series, however, we must separate our fantasy brains from our hearts. My fantasy brain cautions me not to invest in James Paxton. Also, my fantasy heart thinks Emilia Clarke and I should hang out. Call me!

Unless you’re going really, really early on pitching, Paxton will be your ace. One thing I want from my ace is a huge workload and consistency. In terms of fantasy aces, Paxton provides neither. He has only been considered a high-end starter for the last two seasons, putting up terrific K-BB numbers of 21.6% and 25.7%, respectively. While he gave us a sterling 2.98 ERA in 2017, in 2018 he posted a very non-ace-like 3.76 ERA. His ERA indicators tell us that some of that was bad luck, but he also served up a career-worst 23 taters. Typically I’d consider that fluky, but moving to the Bronx from Seattle this year concerns me that he could get bit by the long ball again in 2019.

The biggest issue with Paxton is his lack of workload. In 2018, he gave us a career-high…160.1 innings. In 2017, he managed just 136. He is now on the wrong side of 30 (you and me both, James) making it less likely his workload trends upward. Your realistic best-case scenario is that he hits 180 and is right there with the likes of Blake Snell. The more likely scenario is that you’re paying the SP16/ADP53 price for a Charlie Morton level of production and workload, who is SP29. Or even Rich Hill, who is SP49. I’d still clearly prefer Paxton to those two, but at Paxton’s price, I’ll pass.

You’ve gotta hand it to Kyle Freeland. In 2018, he reworked his mechanics. He changed his release point. He altered his pitch mix. As a result, he put up a very nice 2.85 ERA over 202.1 innings, piling up 17 Wins. Sounds like a pretty solid investment as the 40th starter off the board, doesn’t it? My friend, you are so wrong it hurts! Ouch! Stop being wrong! Why is this hurting me? Oh, I was sitting on a pistachio shell. Carry on.

While all of Freeland’s adjustments are impressive, his results are otherwise…underwhelming. His 7.70 K/9 and 3.11 BB/9 aren’t worth reaching for in drafts. He also managed to maintain an extremely high 82.8% strand rate in 2018, leaving his ERA indicators between 3.67-4.35. Does a 7.22 K/9 and 4.06 ERA sound like someone you want as your SP2 or SP3? If you answered anything but “no” to that question, please stop sniffing glue. Also, it was rhetorical, so if you answered at all I am concerned. Oh yeah, and also…Coors. You can find this same skill set at the back-end of the top 100 starters.

*Inner Monologue, intending to write up Mike Foltynewicz here* Ugh, Dokken, why would you even pick this guy? Do you realize now that you have to write Mike Foltynewicz’s name a bunch of times? You’re not big on Dallas Keuchel or Jon Lester, why couldn’t you just pick them? Their names are so easy. Also, you’ve had the same pair of shoes since college. Literally. Go get some new shoes, you loser. And stop eating Flamin’ Hot Cheetos before bed, they give you nightmares.

I had fully intended on writing about Folty’s 2018 here and why I didn’t love him moving forward, but he seems set to miss at least the first few weeks of the season. I don’t use current injuries as a cheap reason to pin down a Don’t, so the lucky guy is now *checks list* Jon Lester! You might be buying in on Lester’s 180.1 innings of 3.32 ERA with 18 glorious dubs. That’s no small feat, after all. Lester has also been an absolute iron man, making 31-33 starts every single year since 2008. If nothing else, you know he’ll be on the mound and not giving you a zero in your weekly lineup.

With all that respect given, what lurks beneath his 2018 results is scarier than The Meg. Not an actual Megalodon, but having to sit through the film The Meg. Lester’s strikeout rate dipped to an obscenely mediocre 7.38 K/9, while his walk rate rose to a spectacularly just-ok 3.17 BB/9. His swinging strike rate fell 2.4%, and his 27.2% O-swing% was third-worst in baseball (min. 180 IP). Folty was dead last at 26.8%, incidentally. Without his elevated 80.3% strand rate, he would have performed more like a mid-fours ERA pitcher. As a matter of fact, a 4.50 ERA is exactly what he produced over the second half.

There’s nothing but downside at this point with Lester. There is no shortage of other starters I’d rather invest in around (or after) Lester’s SP46/ADP165 price who offer actual upside. Now, if you’ll excuse me, I have a bag of Flamin’ Hot Cheetos to ingest before bedtime.