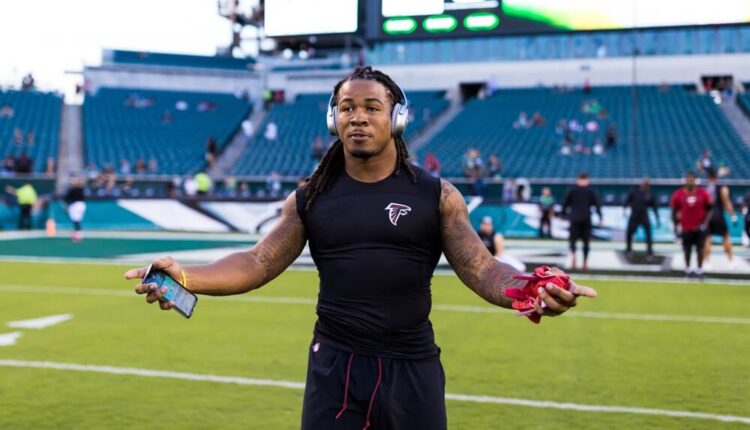 At this time a year ago, Atlanta Falcons running back Devonta Freeman was still one of the most valuable players at his position in fantasy football. Despite a relatively disappointing 2017 season in which Freeman failed to gain 1,000 rushing yards for the first time since his rookie season, in as many fantasy drafts as not, Freeman came off draft boards as an RB1 in 12-team leagues.

In looking back through the drafts I participated in, Freeman was a first-round pick in more than one—and almost all my drafts are against other fantasy pundits.

Then the bottom fell out. Compliments of a litany of maladies that culminated in a season-ending groin injury, Freeman played in just two games and had just 19 touches and 91 yards for the year. Simply put, he was a season-killer.

Many fantasy owners apparently remember that faceplant—and have a bad taste in their mouths because of it. Despite proclamations that Freeman is healthy and an Atlanta backfield that lost Tevin Coleman in free agency, Freeman’s stock has dropped precipitously. Per the ADP data at Football Diehards, Devonta Freeman is coming off draft boards in Round 5 as a low-end RB2. His ADP’s higher at some other sites, but there seems a consensus that Freeman’s days as an RB1 are over.

Are those Doubting Thomases right? Are Freeman’s best days behind him? Or was last year’s misery an aberration that has deflated Freeman’s fantasy value to the point he now represents a game-changing value pick for fantasy drafters?

The Devonta Freeman We Used to Know

It wasn’t supposed to be like this, you know.

Even his “disappointing” 2017 season wasn’t that bad. Yes, Freeman missed two games and failed to gain 1,000 yards on the ground. But Freeman averaged 4.4 yards a carry, came up just shy of 1,200 total yards and ended the year 13th in PPR fantasy points among running backs.

However, if there’s a silver lining to getting hurt early in the season, it’s that in going on injured reserve in October, Freeman was afforded more time to rehab.

Per Matthew Tabeek of the Falcons’ website, Freeman said at OTAs that he’s feeling like his old self again.

“I feel good just to be out here running around,” Freeman said. “Having fun. This is fun. Just having fun running around, like, it brought me back to my memories when I was a young kid, playing in the middle of the field. This is fun just being out here.”

Quarterback Matt Ryan has also been impressed by what he’s seen from Freeman on the practice field.

“He looks good. He’s moving around really well,” Ryan said. “You can tell the energy and the excitement is there. He’s always been that way; he’s always loved playing. You can feel that when he gets out on the field and it’s contagious – guys around him feel that, too.”

It’s not just Atlanta’s players, either—ESPN’s Vaughn McClure tweeted at the end of May that Freeman was showing the burst and agility that made him so dangerous these past few years.

Devonta Freeman continues to look like his old self. Has a true bounce to his step. Real burst catching screen passes

Freeman also received some advice this offseason on how to stay healthy from former Falcons great Warrick Dunn.

“A lot of times, these guys always want to prove that they’re tough or that they can get the tough yard, but sometimes you have to live for another down,” Dunn said, via ESPN.com’s Vaughn McClure. “My advice to Devonta was, ‘You have to learn how to protect yourself at the same time. You’re picking up tough yards, but you have to be smart and strategic about it.'”

Discretion is the better part of valor, and all that.

The Team Around Him

Assuming that Devonta Freeman is healthy (and all indications are that he is—at least for now) the 27-year-old adds another dimension to an Atlanta offense that has no shortage of skill-position talent.

It’s a dimension the Falcons need. As Tabeek pointed out, in each of the last three years Freeman’s numbers have gotten worse—and so has Atlanta’s record.

In 2016, Devonta Freeman averaged 14.2 carries and 67.4 rushing yards per game for a Falcons team that went all the way to the Super Bowl. In 2017, those numbers dropped to 14 attempts and 61.8 yards per game and Atlanta was bounced in the Divisional Round.

The Falcons have an MVP quarterback in Ryan, arguably the NFL’s best wide receiver in Julio Jones, and a budding superstar in wideout Calvin Ridley. But back in that Super Bowl season, when Kyle Shanahan was the offensive coordinator and the Falcons were second in the NFL in total offense, Atlanta was fifth in rushing.

The Falcons need balance. And as Will McFadden wrote for the team’s website, new OC Dirk Koetter knows it.

“I’m going into my 38th year of coaching and I’ve never met a defensive coach who didn’t say the hardest thing to defend is balance,” Koetter said. “I believe in that, too. When you’re in a first- or second-down situation and the defense doesn’t know if you’re going to throw it, run it, play-action, bootleg it – whatever you want to do – any defensive coach will tell you that’s the hardest thing to defend.”

Now, in some respects, a run game is only as good as the blockers opening holes. In that regard, a banged up Falcons line struggled last year, ranking 24th in run blocking according to Football Outsiders after ranking inside the top 10 the two prior seasons. But that line’s healthy now and added a pair of first-round picks this year in guard Chris Lindstrom and tackle Kaleb McGary.

There’s also the matter of Tevin Coleman, who turned his audition as the team’s No. 1 back into a free agent deal with the San Francisco 49ers. In 2016 and 2017, Coleman averaged 166 total touches per season. Even if you believe that Ito Smith is the real deal after his 117 touches in 2018, he’s not going to see the ball more than Coleman did.

A pretty good argument can be made that given Smith averaged just 3.5 yards per carry, he’s not going to see substantially more work this season than he did in 2018.

The talent is absolutely there with Freeman. The passing-game weapons in Atlanta make it suicide to play eight-man fronts or cheat safeties. The new offensive coordinator has stated his intention to get the run game back on track. And Freeman’s the no-doubt, No. 1, every-down back.

Durability is the only real knock on Freeman—and prior to last year, Freeman had played in at least 14 games in all four of his NFL seasons. There are some, like FanSided’s Kevin Scott, who believe that Freeman could be on the cusp of a career year.

“There is no reason to believe he cannot return to his early career form and finish the season with over 1,500 total yards,” Scott wrote. “In fact, now that the Falcons have more receiving weapons and an improved offensive line, it is absolutely within the realm of possibility for Freeman to have the best season of his career, even pushing toward 2,000 total yards.”

Two grand might be pushing it. OK—two grand is definitely pushing it. But all Freeman needs to do to exceed his ADP is match his fantasy production from 2017—and that feels closer to his floor than his ceiling.

If Freeman can come anywhere close to his production from 2015 and 2016 and finishes closer to fifth than 15th, he could be one of the biggest steals of 2019 at fantasy football’s most important position. The kind of value pick that wins leagues.

And there’s genuine cause to believe he can do that.

Are you onboard with Gary’s take on Devonta Freeman? If so you should check out his full archive for more great rankings and analysis.

Late Round Targets for 2019 Fantasy Football