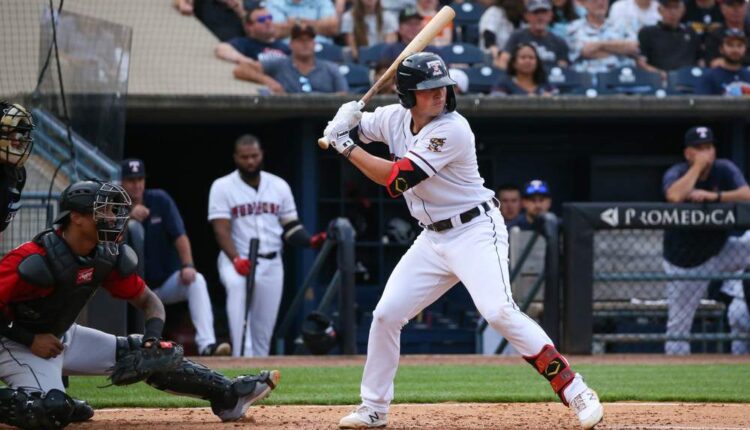 Welcome to our 2022 team top prospect rankings series. Leading up to Minor League Opening Day, Eric Cross and Chris Clegg will go through all 30 Major League organizations, continuing today with their Detroit Tigers Top Prospects for dynasty leagues. In each installment of this series, you’ll find the top-20 rankings from both Eric Cross (AVG) and Chris Clegg (OBP) along with one prospect each that they’re targeting heavily in dynasty leagues right now. Hopefully, these rankings will help you in your dynasty leagues, and maybe give you some new trade targets to consider.

The Detroit Tigers have had a rough few years lately at the Major League level, but the future certainly looks bright. Well, at least brighter than it currently is. Detroit added Javier Baez this offseason and will have Spencer Torkelson and Riley Greene join him early in the 2022 season. Add in Eduardo Rodriguez to a young pitching staff with some high-upside prospects in the low-minors like Jackson Jobe, Cristian Santana, and others. So while Detroit might not return to the postseason in 2022, it might not be too long before they’re playing in October once again.

When looking at Kreidler’s profile, you won’t project an all-star caliber career, but he’s shown above-average power with average speed as well. The hit tool likely settles in around 45-grade, but he could still hit around .250-.260 with 20+ homers and flirt with double-digit steals early in his career as well. Kreidler is currently blocked at short by the recently-acquired Javier Baez and by Jeimer Candelario at third base, but he could get a shot at some point in 2022 if either of those two or Jonathan Schoop suffer an injury.

Detroit has a ton of talent in their farm system and is especially stacked at the top with Riley Greene and Spencer Torkelson. The system does have solid depth as well. There are plenty of targets here, but I am going with an under-the-radar pitcher.

Dylan Smith is the player I am targeting in Detroit’s system for dynasty. Smith does not have much dynasty value right now but could emerge as a solid starting pitcher. He added weight in college which helped him see velocity gains on his fastball. He has three secondaries with the slider being the best of the bunch. If the command gains he made in 2021 can stick, Smith could make major strides in proving his worth as a starting pitcher.