Trend Tracking: The Case of Derek Holland and His Changing Release Points 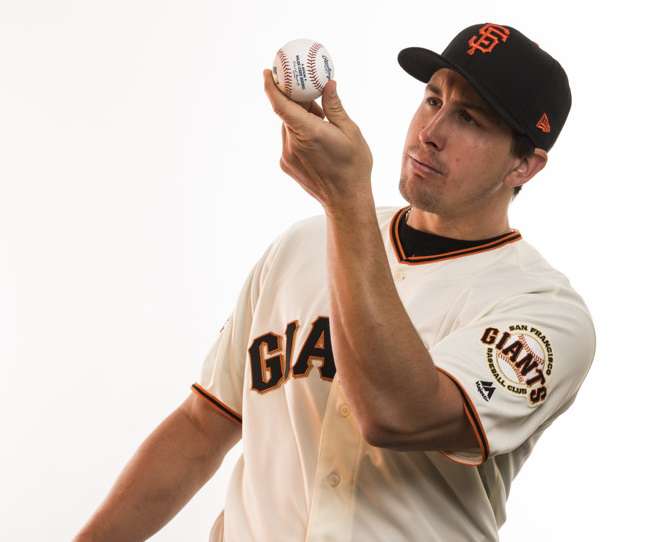 Fantasy seasons are coming down the home stretch, but there’s always room for a late-season waiver addition to push a team over the top. Today, Derek Holland, a starter who’s having quiet success after a notable mechanical adjustment yet remains unowned in over half of Fantrax’s leagues.

Allow me to begin by showing Holland’s strikeout rates by month (courtesy of Fangraphs).

He’s taken a step back in his two August starts, but the overall trend here is encouraging. Since June, Holland has cut back his changeup and sinker usage and leaned more heavily on his four-seam fastball, and, especially, his slider.

The latter pitch is most interesting. Recall that when Holland was a mid-rotation starter in Texas it was his slider that carried him to success, with Fangraphs rating the pitch as 10 runs above average in 2013. In recent seasons, though, Holland’s feel for the pitch has waned, and he’s cut back his usage of it accordingly.

Recently, he’s brought the slider back, so much so that it’s now surpassed the curveball as his breaking pitch of choice, especially in two-strike counts. He’s lengthened the slider recently, adding nearly two inches of glove-side run and three inches of drop compared to the short slider he was using at the beginning of the year. So how did Derek Holland alter his pitch movement so significantly? Look at his average horizontal release point, and the date of the mechanical adjustment is glaring. 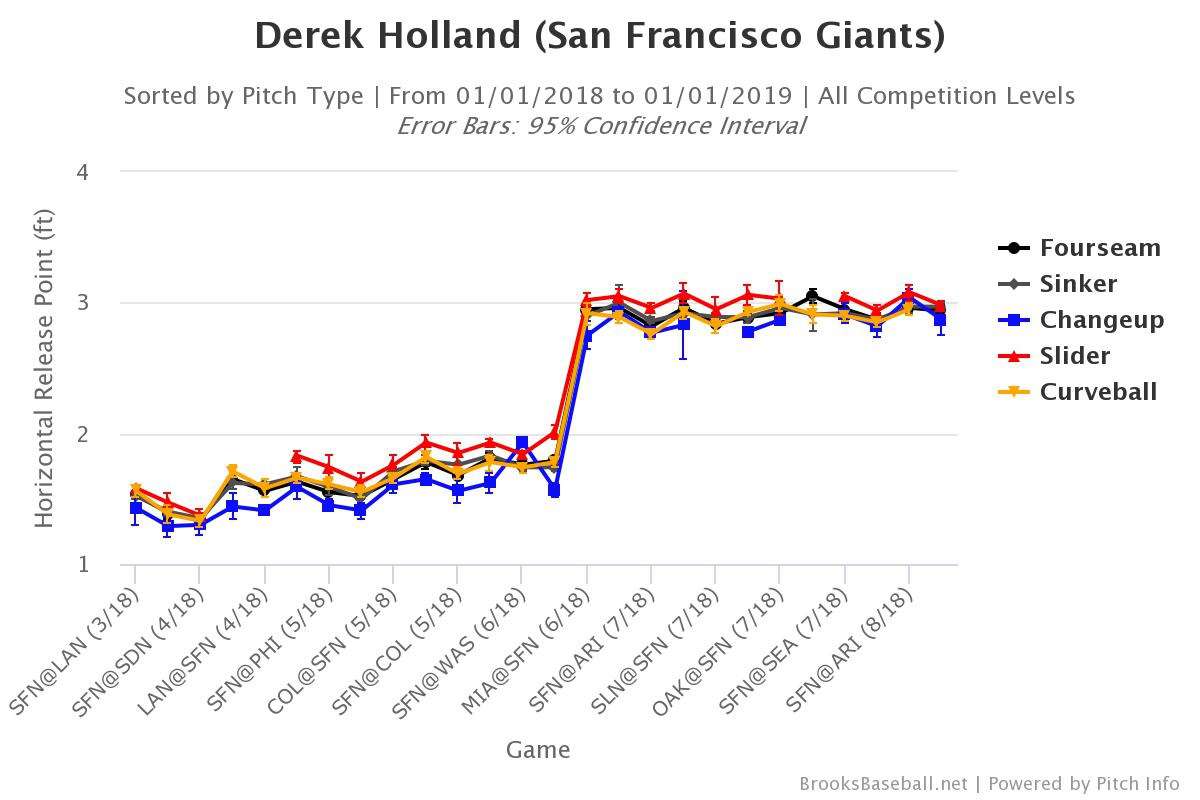 Beginning with his June 20 start against Miami, he began releasing his pitches a foot closer to the first base bag. Such drastic arm slot changes often reflect a pitcher’s placement on the rubber, and Holland’s is no exception. Compare Holland’s pre-pitch setup from an early-June start against Arizona with one from a mid-July start against the Cubs. 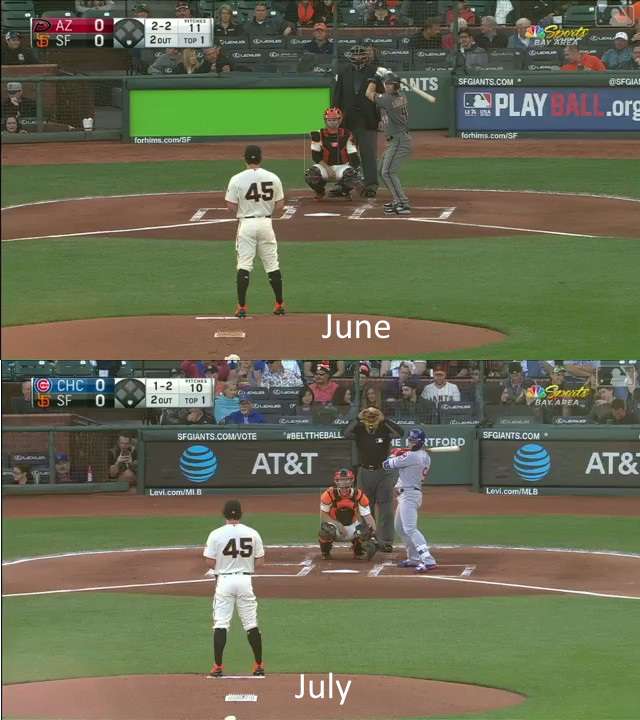 As the Athletic’s Eno Sarris told me on Twitter, pitchers who move to the arm-side position of the mound often do so trying to neutralize platoon splits. Specifically, the move allows pitchers to lengthen their breaking balls when working down and in to opposite-handed hitters, generating swing-and-miss depth.

Here, Eno’s prediction seems prescient. Through June 15, Holland’s final start before altering his mound placement, he struck out 23.3% of opposing right-handed hitters. Since June 20, he’s punched out 30.9% of right handers. They’re small samples, sure, but backed by an obvious mechanical adjustment, I’m inclined to believe that he might be legitimately improved.

Eno’s other hypothesis- that a pre-pitch placement change could aid the pitcher’s command- is less obvious, given our imperfect measures for command. It’s worth noting, though, that Holland’s walk rate- perhaps our most obvious measure for a pitcher’s control- has been cut nearly in half since June 20. Altogether, Holland’s control of the strike zone has improved significantly post-adjustment. After posting a mediocre 11.4% strikeout-minus-walk differential through the season’s first half, he’s almost doubled that since, up to a 21-point gap between his strikeout and walk rates since June 20.

Maybe it’s too simple to say that Holland needed only a setup adjustment to figure it all out. The projections aren’t buying, with Fangraphs’ Depth Charts forecasting him for a 4.31 ERA moving forward. But he has a great home park for pitchers, and he’s seen significantly improved recent performance after making a blatant process adjustment. He’s at least interesting now, which we couldn’t say a few weeks ago, and he should probably be added in all remaining leagues in case this simple adjustment turns out to reinvigorate his career.