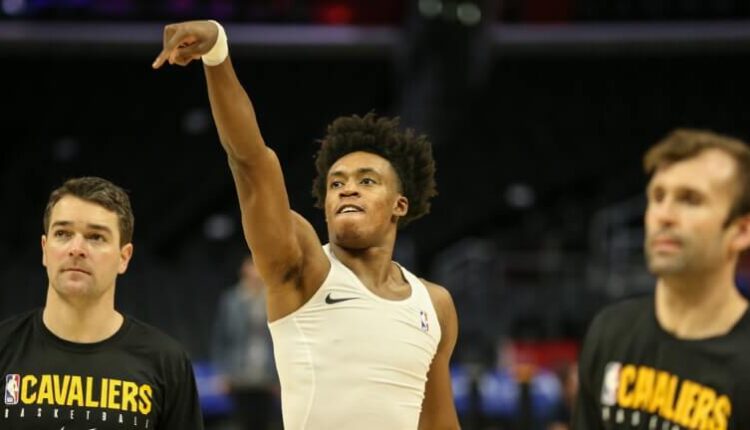 It’s been a couple days since I had to mourn the loss of the Wizards’ win streak. I’m now a changed man. Hardened. It’s been a difficult journey to get to this point, but I’m ready to give you good folks some excellent NBA DFS targets for tonight’s slate. Sneak peek: Wizards beat the Lakers tonight by 15+. Onward!

SEXLAND! Sexton and Garland have proven to be excellent picks by the Cavaliers front office. While it’s clear they won’t be a winning team this year, their backcourt + Jarrett Allen show they’re at a much further point in their rebuild than the Magic. Cavs fans have plenty to be hopeful about. Sexton will likely miss the game tonight, but Allen and Garland are playing well enough to handle the load. Take the Cavs.

No Trae, no chance. We don’t need to overthink this one. I’m not saying it’ll be a blowout. The Hawks still have some talent. That talent, however, is no match for the 2nd best defense in the league. At least not without Trae Young.

I was only half-joking in the introduction. I rarely ever have the confidence in the magnitude of a win, unless there’s a large competitive discrepancy. The Wizards are heavily incentivized to win this game with their playoff positioning, while the Lakers are just trying to get A.D. back in the swing of things. The only issue is that the Wizards’ two biggest weaknesses are defense and weak front-court talent. Exactly where the Lakers thrive. If I was being objective, I’d say the Lakers should win this game. I am not objective.

Much like the Wizards, the Knicks have just had their win steak snapped. Their reward? They get to start a new win streak against a Bulls team that hasn’t found their chemistry yet. LaVine and Vuc are a good start, but they don’t quite mesh yet. That takes time; Time they don’t have. Knicks take their 4th ranked defense in the league and handle this one easily.

The Heat are “consistently inconsistent” according to Jimmy Butler. I’d have to agree with that. They’re coming off a loss to the Bulls, so the next logical step would be the Heat beating the Spurs…I think. These teams are 20th and 21st in net ratings, so it’s a toss-up anyway. My fake science is as good as any method to picking this one. Miami.

19th and 13th in net rating, respectively. 29th and 9th in defensive rating. 6th and 15th in offensive rating. I believe the Blazers’ defense is just bad enough, that it will outweigh their offensive advantage. The Grizz are also more incentivized to win, due to their playoff seed positioning. I like Memphis for this one.

Nuggets. I know Jamal Murray is out, but the Nuggets haven’t missed a beat. It helps to have an MVP on your team and other starters that can take on more of a load. I don’t anticipate a blowout, but Denver shouldn’t have a problem with New Orleans.

This should be the matchup of the night. This could be a glimpse at the Western Conference Finals matchup (it won’t be, but it could be!). Both teams are over 20 games above .500. Both teams are top four in net rating. The Suns are 6th in defense, while the Clippers are 11th. The Clippers are 2nd in offense, while the Suns are 7th. I honestly don’t know who has the edge. I wouldn’t bet this one, unless someone from the Clippers sits out. Then I’d take the Suns. All I know is that all my east coast fans should stay up and watch this game.