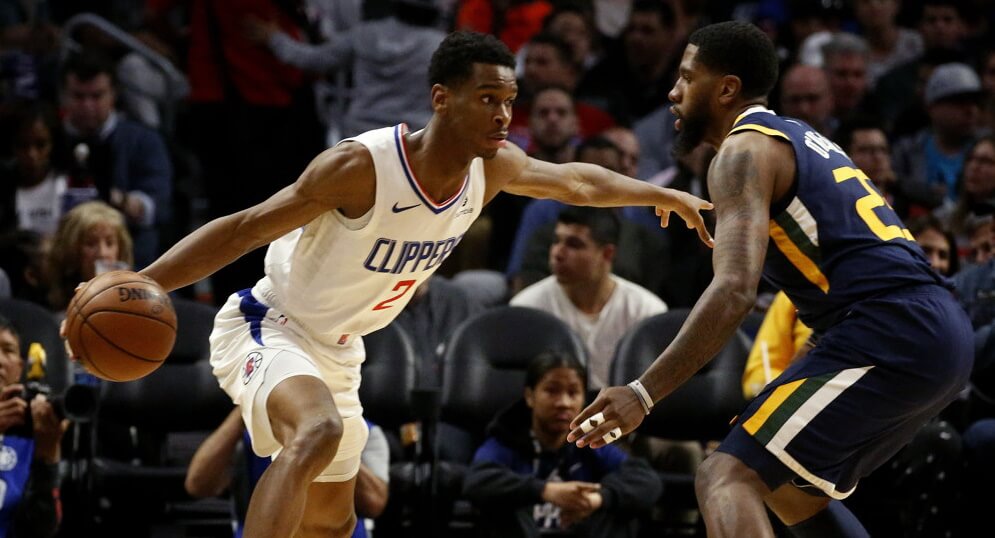 It’s time to see what players are primed for a breakout campaign this upcoming fantasy basketball season! Last season we saw big jumps from Jayson Tatum to Trae Young to Bam Adebayo. Who will it be this year!? (*See Christian Wood breakout in recent trade article) Breakout can also mean a few different things as top 30-40 guys look to enter the top 20 or top-100 guys entering the fifty zone. Here are four breakout players I believe are primed for big jumps this coming season.

Thunder GM Sam Presti has cleaned the house in OKC giving the keys to 3rd year pro Gilgeous-Alexander. Some might say he’s already broken out with solid performances last season but it’s now criminal to have him ranked outside the top 30. Top 20 and higher this season is a real possibility as I believe he’s a lock for 30% plus usage rate. Gone from OKC are not only Chris Paul but also Denis Schroder, Danilo Gallinari and Steven Adams. Incoming is Al Horford and George Hill. More like over the Hill am I right? Per-36 minutes last season without Paul, Schroder, and Gallinari, SGA averaged 24.4 points, 9.8 rebounds, and 8.8 assists. Sound the superstar alarm!

Jayson Tatum did it last year, now will it be Brown’s turn? I like his chances with Gordon Hayward gone and Kemba Walker likely to miss the first month and perhaps more. Brown was great in the Eastern Conference finals with averages of 23.2 points, 7.2 rebounds, and 1.5 steals. The only players to average 7.2 rebounds and over 23.1 PPG last season were LeBron, Giannis, Towns, Doncic, Anthony Davis, and Westbrook.  Elite company for the 24-year-old. Kemba Walker’s eventual return can dampen this party a bit but we’re talking top 30-upside without him and someone who can carry you in fantasy championships when Walker is resting once again for the playoffs.

The new splash bro number two!? Time will tell but Oubre’s 2.4 three-pointers made over the final month of the season are top 36 numbers. I really like his chances to fit in the up-tempo Warrior offense and will battle Wiggins for the no.2 scoring option in Golden State. It’s his defense that will set him apart from Wiggins and earn him more minutes per game. Oubre already showed off his hustle in his first Warriors preseason game with 3 blocks and 5 rebounds. Averaging over 6 rebounds per game to go along with 1.5 steals and blocks is not out of the question. Add in 2.5 triples a game? We’re going to have a highly ranked fantasy season at season’s end. Splash!

Jerami Grant!? Say what!? But we all know in fantasy, all it takes is opportunity and there’s definitely plenty of that going on in Detroit. ESPECIALLY with Blake Griffin being an injury and trade candidate. Grant is likely to set career-highs in almost every category as he’ll be the starting SF and get all the minutes he can handle. Everyone loves some Michael Porter Jr stock but one of the main reasons he was limited last season was because the Nuggets refused to start him over Grant who was certainly impressive averaging 15.8 PPG in the Western finals. Grant has extra value due to his potential rebounds, steals and blocks number totals. His per 36-minute numbers last season saw him averaging 16.2 points, 4.7 rebounds and 1.7 assists with a steal and block per game. A Griffin injury or trade could vault Grant into a top-50 fantasy season. Sign me up!