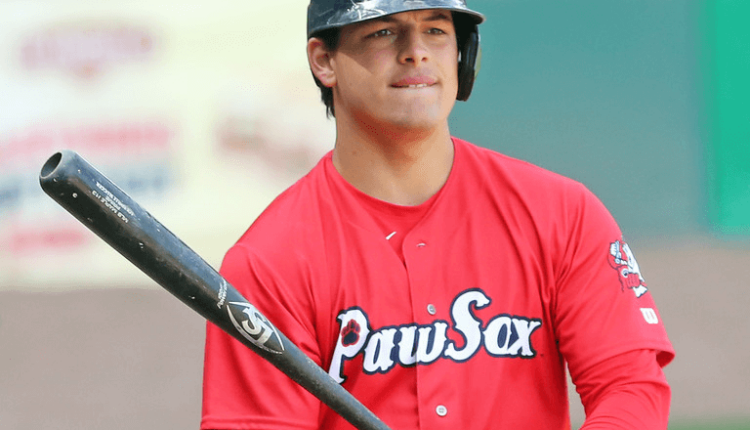 Welcome to our 2022 team top prospect rankings series. Over the next month or so, Eric Cross and Chris Clegg will go through all 30 Major League organizations, continuing today with their Boston Red Sox Top Prospects for dynasty leagues. In each installment of this series, you’ll find the top-20 rankings from both Eric Cross (AVG) and Chris Clegg (OBP) along with one prospect each that they’re targeting heavily in dynasty leagues right now. Hopefully, these rankings will help you in your dynasty leagues, and maybe give you some new trade targets to consider.

The Boston Red Sox farm system has gone from one of the best in baseball under Ben Cherington to being depleted by Dave Dombrowski and now is a system firmly on the rise once again. The system is led by three top-50 prospects with several more on the rise behind them. Most of the top prospects here are on the hitting side, but there are several intriguing targets on the pitching side as well.

This was a tough one to pick. Nick Yorke is a great dynasty buy right now and Jeter Downs is a solid buy-low. However, I’ll shift to the mound and go with former first-round pick, southpaw Jay Groome. After missing all of 2018 and most of 2019, plus the cancelled 2020 season, Groome finally got back on the mound for a significant chunk of time in 2021. In 21 starts and 97.1 innings, Groome posted a 4.81 ERA, 1.27 WHIP, which aren’t exactly inspiring, but it was just encouraging to see him make 21 starts. What’s even more encouraging was his 32.3% strikeout rate, 23.6 K-BB%, and 14.5% swinging-strike rate.

Groome pairs a low-90’s fastball with a trio of secondaries. His curveball has long been considered his best secondary, but he was throwing his slider and changeup more consistently later in the season and showed development with the changeup. You can likely still get Groome for cheap in dynasty leagues, so it’s worth taking a shot on him to see if he can take another step forward in 2o22.

Nick Yorke is an easy dynasty buy for me right now. While he has surged up prospect rankings, I am not sure the hype is there yet. Yorke silenced any critic who questions why the Red Sox selected him in the first round of the 2020 draft by having a dominant 2021 season. After a slow start, Yorke posted a .325/.412/.516 slash line between Low and High-A. The power came sooner than expected as well. Yorke hit 14 home runs over just 442 plate appearances. Yorke also showed solid speed and the ability to steal bases. He was not very efficient though, stealing 13 and being caught 9 times. I would not plan on him being a great source of steals long-term.

What York does well is put the bat on the ball. He should be considered one of the best hitters in all of the Minor Leagues. Yorke is your prototypical leadoff hitter who has decent power. Despite him taking off last season, I still think Yorke is a solid buy for dynasty leagues.