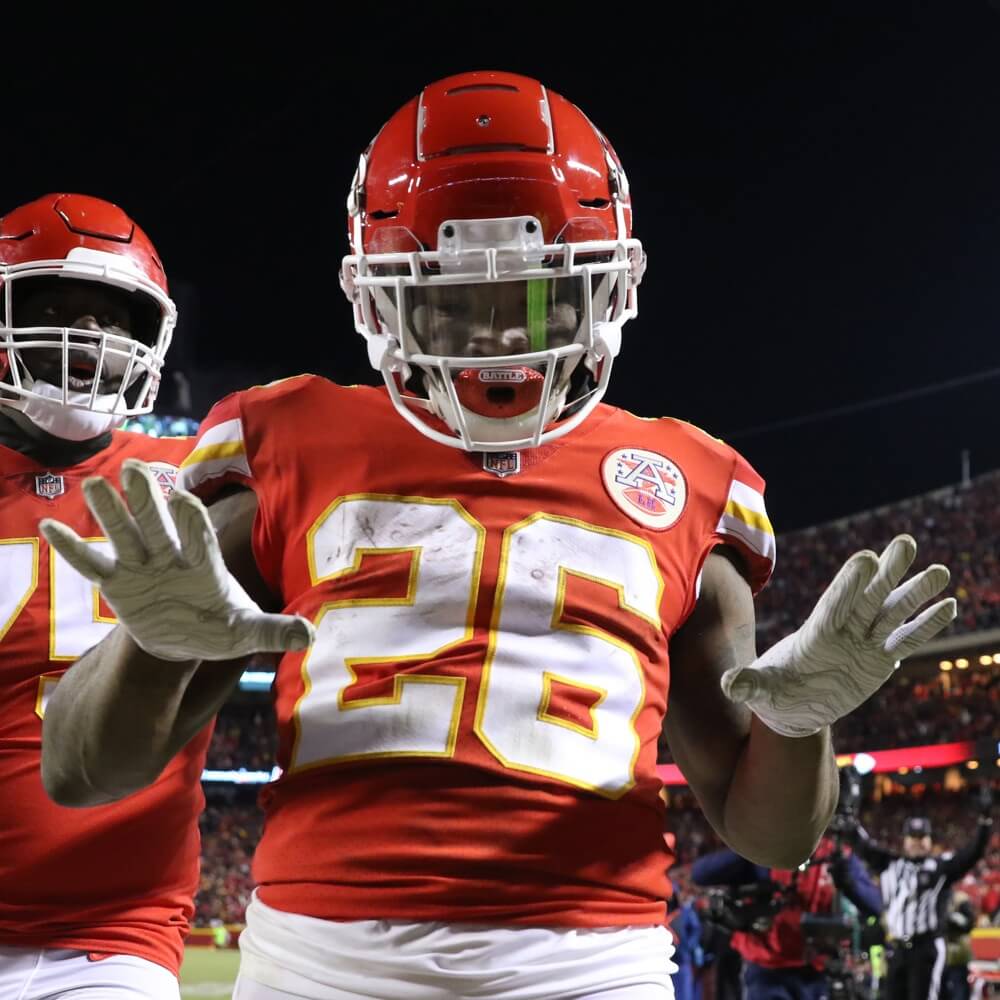 Free agency is officially here and already, there is a ton to unpack. Especially, if you are the AFC West! Some big trades have gone down to pair with the free agent signings because, why not? It’s time to take a look at the AFC West to determine which of these teams have improved and which have fallen behind.

The Chiefs could benefit from another (reliable) wide receiver to take some pressure off of Tyreek Hill. Sammy Watkins has the potential to be amazing in this offense but can’t stay on the field. Besides those two, there really isn’t anyone else in this group of WRs that have defenses planning around. At the risk of naming names (since free agency is in full effect and players are signing left and right), I’ll just say the Chiefs should target another viable target for Patrick Mahomes if they want to fully supply him with the firepower he needs to top last season.

The Chiefs biggest splash (on offense) thus far in free agency has been the signing of running back, Carlos Hyde. At the age of 28, there is a chance we see Hyde play a significant role in the Chiefs offense in 2019. Just two seasons ago, Carlos Hyde totaled 938 rushing yards and 8 touchdowns. He added 350 receiving yards on 88 targets to give him a 1,000+ total yard season in two consecutive years. Unfortunately for Hyde, he spent last season with the horrific Jacksonville Jaguars who already had their full-time back. Carlos Hyde gets his chance to step in and impress the coaching staff in arguably the best offense in the league in 2019.

Damien Williams proved his worth last season once the team split ways with Kareem Hunt. In 50 rushing attempts in 2018, Williams gained 256 yards (5.1 YPC). He showed how versatile he can be by being involved in the passing game as well. Williams’ current contract with the Chiefs (2-years $5.1M) by no means cements him as the clear starter. He will likely get the first crack at it for what he did at the end of last season, but Carlos Hyde should be a threat to Damien Williams’ touches and could even become the starter in 2019.

The Chargers made a bit of noise when they signed free agent, Tyrod Taylor to a 2-year deal. Clearly, the Chargers are not looking to move on from Philip Rivers but felt the need to get some insurance. Rivers will turn 38 toward the end of the 2019 season and the Chargers need insurance. Tyrod Taylor isn’t the ideal QB to lead a team to success but he isn’t a bad filler (should they need one) while the Chargers look for their future in the NFL draft.

The Chargers have moved on from Tyrell Williams who signed with the Raiders. This leaves Keenan Allen and Mike Williams as threats on the outside. Any available slot receiver would be a great addition to this offense. The Chargers should look for help in that department. The departure of Tyrell Williams frees up 65 targets from last season which is just 1-fewer than Mike Williams had in 2018. Whoever comes in, should find some open space with Allen and Williams taking up defense’s attention.

No moves are necessary for the immediate 2019 season at this position since they have the old veteran, Antonio Gates and young, Hunter Henry at tight end. The talent pool at TE is deep for the 2019 NFL draft so it is a possibility we see the Chargers add to the position to pair with Henry moving forward.

Welcome, Joe Flacco. The Broncos have decided that Case Keenum wasn’t the answer. The move to acquire Flacco feels like a lateral move. I believe the Broncos will go after a QB in the draft. They likely made this move to slightly improve their situation at the position while rostering a quarterback that would be a better mentor than Keenum for the rookie QB they decide to bring in.

This young wide receiver group should benefit from Flacco’s veteran leadership. Courtland Sutton, DaeSean Hamilton, and Tim Patrick are a great young trio for the future of this franchise. They still have a veteran WR and mentor in Emmanuel Sanders for the 2019 season. Needless to say, the Broncos don’t have a pressing need to add to this position at the moment.

As I’ve already mentioned, there is plenty of TE talent in the NFL draft this year. If the Broncos can’t land a proven tight end talent, they will want to look to the draft.

I had in my notes that the Raiders needed to sign wide receivers desperately. Well, they delivered. Antonio Brown officially ended his time in Pittsburgh and signed a 3-year $50,125,00 contract with the Raiders; $30,125,000 of which is guaranteed. A move like this makes almost any team relevant and it sure helped the Raiders case for their 2019 campaign. They didn’t stop there. The Raiders added to the WR corp and signed free agent, Tyrell Williams to a 4-year, $44M contract, half of which is guaranteed. Now, the Raiders appear to be set at the position with Antonio Brown and Tyrell Williams as the foundation for Derek Carr to prove his worth. If Carr can’t get it done with this crew, expect the Raiders to move on from him next offseason.

The Oakland Raiders backfield is looking horrendous at the moment. They have an old, Marshawn Lynch who may just retire. They have a washed up Doug Martin who has seemingly forgotten how to play football. Finally, they tendered their pass-catching back, Jalen Richard for 3,095,000 but could be topped. They have been pretty quiet at the position during free agency. If they do not make a move now, they would be hindering their offense by not going after an RB with one of their three 1st-round picks.

As many other teams have a need at the position, so do, the Oakland Raiders. If they really want to round off the passing attack, they need to resign Jared Cook. Seeing that he is the most talented in the free agent market, he will likely sign with another team. So if the Raiders can’t keep him, their only other “real” option is to draft the position in the upcoming NFL draft in April.