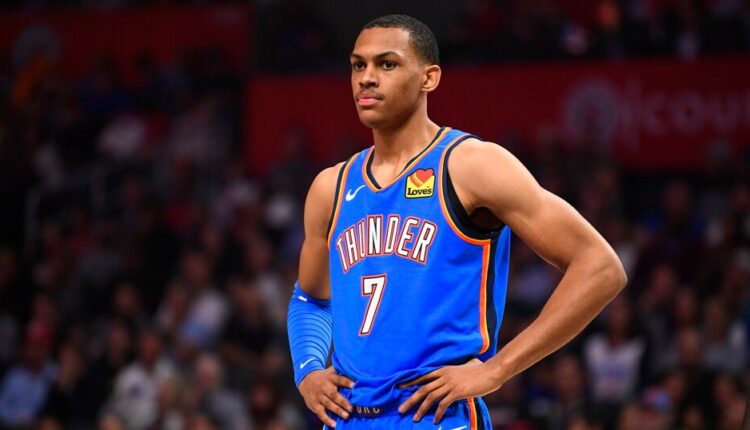 The sleepers are up, and everyone now knows their names so it’s time to dig deeper! There’s no Mr. Irrelevant picks in fantasy. All picks are crucial in building that fantasy championship-winning team and it’s key to find steals in the later rounds of your drafts and finish strong. Here’s a look at some of my favorite deep sleepers who are set to outperform their ADPs.

Rookies are always getting all the new buzz in fantasy circles but don’t snooze on the sophomores. PJ Washington had a solid rookie season in Charlotte averaging 12.2 points and 5.4 rebounds while hovering right around 1 steal and block per game. Hornets Head Coach James Borrego says the 2nd year pro will receive “a lot” of minutes at the Center position this season as well as the power forward. Minutes is the key as always when searching for value. In 4 of the final 5 games in the bubble where Washington received 34 minutes per-game he averaged 19.5 points and 5.5 rebounds. With a thin Hornets front-court Washington is definitely someone to target near the end of drafts.

My eyes are opening wide every time I look at the Thunder depth chart. Value is in the air! Darius Bazley didn’t do a whole lot during his rookie season but enjoyed his most success during the regular season bubble exploding for 18.6 points, 8.5 rebounds, and 1.0 blocks per game in his final 4 games while finally receiving big minutes. Outside of SGA, Bazley has been the talk of Thunder camp with many players showing excitement over his development.  It takes a bit of time for rookies to get in a groove and now with a playoff series under his belt, the opportunity will be there for the taking for the 2020-21 season. Danilo Gallinari is out of the way, giving Bazley starting duties and the sophomore is a lock to outperform his ADP this year. Bazley joined Russell Westbrook as the only rookies to score at least 20 points in three straight games in Thunder history. Arrow pointing up up up!

What else is new!? Another depleted roster! Rookie Killian Hayes couldn’t have found a better landing spot as he already has been named the starter in the motor city.  Hayes has great size at 6’5 and already has shown great ball-handling ability. He will have his growing pains but as he showed in his last preseason game, he can contribute all around chipping in with five rebounds, four assists, and two steals. He’s a great target at the end of drafts with his multiple-category production and if Derrick Rose goes down or gets traded the points will start to pour.

The two-for-one special alert. There are minutes up for grabs in the Raptors’ front-court this season as Serge Ibaka and Marc Gasol are both out of town and I like both Baynes and Boucher to outperform their ADPs. There are two ways to attack these players. We got the veteran and safer Aron Baynes versus the 3rd year pro with more upside Chris Boucher.  I think if you’re super thin at Center and your team is lacking rebounds it’s better to go for Baynes and get the guaranteed starter minutes. Baynes was great last season averaging 15.5 points, 6 rebounds, and 3 assists during the first two months of the season for the Suns without Deandre Ayton. If your draft is set at rebounds and needs more blocks upside, then Boucher is the route for you. In 11 games last season where he received at least 20 minutes Boucher averaged 17 points, 8.5 rebounds, and 1.8 blocks per game. Keep an eye on this battle as the season unfolds.

Splash! The “other Curry” finds himself a starting role in Philadelphia as Doc Rivers announced in training camp. Something Curry hasn’t seen too consistently throughout his career and will have the opportunity for career highs across the board.

Curry is great pick to end drafts as he’s an excellent source of three-pointers and good shooting percentages. Joel Embiid envisions Curry as their JJ Reddick from two seasons ago which saw Reddick average 18.1 PPG. When he receives the minutes, he doesn’t disappoint. During a 4-game stretch from February to March before COVID times, Curry racked up 25 PPG along with 4.5 3PTM per-game. Curry came through with 16.5 points and 2.3 3PTM per game in the first 4 playoff games versus the Clippers. Draft Curry who’s looking like a great bet to outperform his ADP this year and could really breakout if Ben Simmons were to miss time. Curry’s outlook is looking sunny in Philadelphia baby!

Jordan Montgomery is one of 2021’s Top Sleeper Starting Pitchers