3 Sophomore Pitchers to Draft in 2022 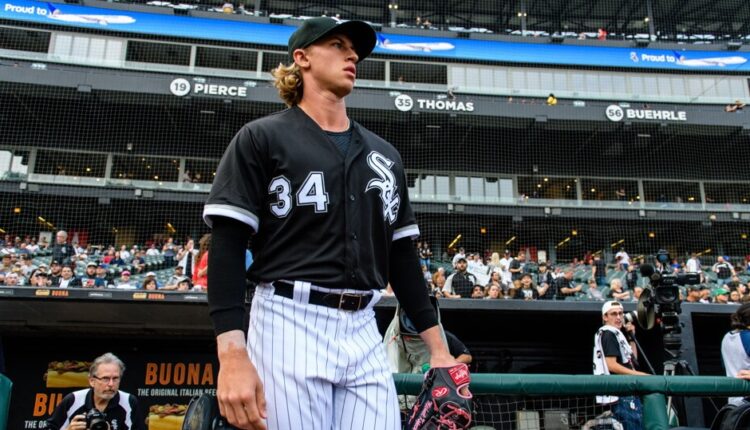 In the second installment of sophomore draft targets, I will be taking a look at rookie pitchers from the 2021 season. As we all know, pitchers generally take longer to develop than hitters do. Young pitchers offer a lot of upside while posing the threat of completely tanking your team if they do not pan out. Finding the right pitchers to draft is necessary when building a championship-caliber fantasy team. These three sophomore pitchers offer the value and upside to help carry you to a title.

Trevor Rogers burst onto the scene in 2021. After a solid, but not impressive minor league career, Rogers seemingly came out of nowhere. With the success of Sandy Alcantara and Pablo Lopez, it’s hard not to be enamored with what Rogers showed in his rookie season. Rogers’ numbers are even more impressive considering he missed the whole month of August while dealing with multiple family medical emergencies.

What I like most about Rogers is his ability to make hitters swing and miss. Among pitchers with at least 100 IP last season, Rogers ranked 12th in SwSt% at 15.2%. Just in front of him, you’ll find Gerrit Cole and Freddy Peralta, ranked 10th and 11th respectively. Good company to be in when talking about strikeouts. Rogers’ K% was excellent, sitting at 28.5% in 2021, and he ranked inside the top 20 among all pitchers with 100 IP. His underlying numbers back up his production and point to a potential huge step forward in 2022.

Rogers was also able to keep the ball in the ballpark. Before he had to step away for a month, he had the second-lowest HR/9 (0.41) among pitchers with 110 IP. It helps that his home starts are at LoanDepot park, but it’s still impressive for a rookie to limit HRs. Being able to limit HRs while striking out hitters at a high rate is a profile I’m always attracted to. With an ADP of 94 on NFBC, Rogers is someone I’m targeting hard. I could see him outperforming Jack Flaherty, Joe Musgrove, and Luis Castillo, all of whom are going earlier. Rogers’ draft stock may have taken a hit due to his late-season absence, which is why he is one of my favorite pitchers to draft in 2022.

When looking at the pitchers being taken around Luis Garcia, there’s no one else I would rather take. With an NFBC ADP of 151, you can’t go wrong with the upside Garcia will give your team. He started off the season strong, but his second-half consisted of a few rocky starts. Before the All-Star break, Garcia compiled a 3.06 ERA with 97 Ks in 85.1 IP. After the All-Star break, those numbers fell to a 3.99 ERA with 70 Ks in 70 IP.

So, why is Garcia one of my pitchers to draft in 2022? Taking a look at his FIP and BABIP, I’m confident that the first-half pitcher is who we’ll get this year. In 2021, Garcia’s FIP was 3.63, sitting at 3.55 prior to the All-Star break and 3.74 after. His FIP regressed a little late in the season, but it’s still a good indication that his ERA should be in the mid 3 range.

His BABIP, on the other hand, inflated from the first half to the second half of the season. Garcia’s BABIP rose to .321 in the second half compared to .264 in the first half. This could be due to hitters making adjustments and figuring him out. It also could be due to some bad batted ball luck. I’m thinking it’s a combination of both of those factors. With a full off-season to make counter-adjustments, I’m confident Luis Garcia will be one of the better pitchers to draft after pick 100.

The pitcher I’m most excited about this season is Michael Kopech. We’ve been drooling over his potential in the White Sox rotation since he came over in the Chris Sale trade. Well, we’ve been teased for far too long, and (hopefully) this is finally the year Kopech gets his chance as a starter. Kopech would be going way higher than his current NFBC ADP of 172 if we knew he would be in the rotation. As it stands today we don’t know how Kopech will be used in 2022. But, even drafting him as a relief pitcher will be well worth the draft capital.

His arsenal is nasty. There’s no argument about that. Of his four pitches, none of them had a whiff percentage lower than 25%. He had 103 Ks in only 69.1 IP, good for a 36.1 K%. Obviously, these numbers will come down once Kopech becomes a starter, but he clearly has the stuff. Among all pitchers with at least 50 IP, he ranked 10th in K% (36.1%) and 13th in CSW% (34%). The only starters that ranked higher in K% were Jacob deGrom and Tyler Glasnow. For what it’s worth, Glasnow was listed as a pitcher with a similar batted ball profile to Kopech on Baseball Savant.

Getting into the rotation is the last step for Kopech to become a fantasy stud. Once the lockout ends and the season starts to ramp up, his draft price could soar, especially if he is named a starter. He is intriguing due to the unknown, which can also be scary. But, with what he has shown as a reliever, his numbers in the minors, and his hype as a prospect, I’m all in on Kopech as an exciting pitcher to draft in 2022.

As rookies, these pitchers showed flashes of their upside throughout the 2021 season. The next step is to build off of those numbers and prove that they are legit. I believe these three hurlers will take the next step in 2022, making them the best pitchers to draft at their value.