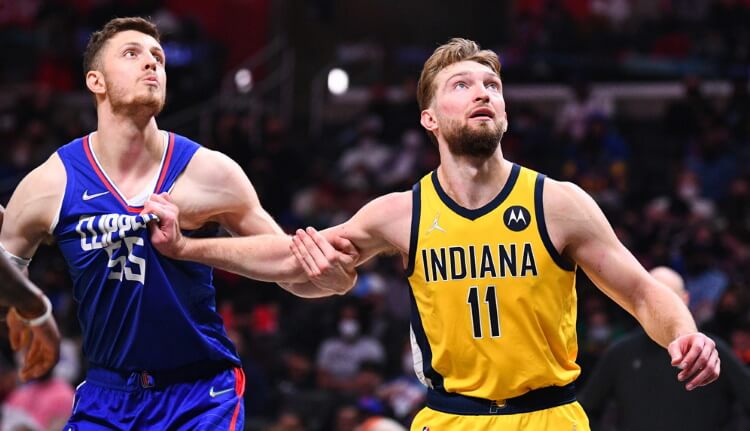 If you’re like me, fantasy sports attracted your attention because it gave your fandom some true purpose, and allowed you to finally show you’d be a better GM than anyone that actually has the job. Well, some of the recent blockbuster trades made in the NBA might’ve given you some confidence that you really are the best person for the job. Let’s break down the three biggest trades of the year, and what it means for your fantasy basketball team.

What it means for your fantasy team:

If you are a Caris LeVert owner, I believe his value stays the same. LeVert’s role on the Pacers was to be the team’s 2nd option behind Domantas Sabonis, and primary option when they needed late buckets. His role on the Cavs would be very similar, if not improved. I think Garland would remain the team’s primary ball-handler, but LeVert’s presence would take the scoring load away from him. Further, Jarrett Allen and Evan Mobley provide assist value as pick and roll assets for LeVert. On the downside, the Cavs play at a slower pace than the Pacers did, and fewer possessions may correlate to fewer fantasy points.

Yuck. The Blazers just executed a salary dump. I don’t like it at all. My immediate reaction is that Dame will be gone soon, as he won’t want to stick around for a rebuild. But then again, the Blazers wouldn’t make a move like this without Dame signing off on it. Looking forward, Dame becomes even more of a usage monster, but he’s hurt right now, so that usage will shift to Anfernee Simons and Jusef Nurkic in the meantime. The Clippers got much better in the long-term as they now have a bonafide third scorer to go with Paul George and Leonard. They are also both injured, so it’s safe to say that the scoring load still goes with Morris and Powell (who’s role wouldn’t change as a bucket getter, and nothing else). As a slight aside, I’d like to mention that this could be a career reviving move for Justise Winslow in the short term. He has a path to 25+ minutes per game while Dame is out, and when he was getting steady minutes, he flirted with triple doubles on good nights.

This was a flabbergasting trade to me. I have no clue what the Kings are up to. They traded Haliburton who is one of the best draft picks they’ve made in decades. A piece that many franchises would consider someone to build around. In order to get Sabonis (who I consider an elite big, but not worth trading away an elite guard). I understand that the Kings have a surplus of guards, but that’s not a bad thing in today’s NBA. The more guards the better. In terms of fantasy, Sabonis’ value is unchanged. On the Pacers, he was an elite fantasy big with a scoring burden who can rebound at an elite clip and is an underrated passer. He gets that same tag with the Kings, but Fox and Mitchell will push a faster pace, which is a positive bonus. Lamb and Holiday are afterthoughts in fantasy. As for Haliburton, his value might decline playing on a slower-paced team, with Malcolm Brogdon as the primary ball-handler, but not enough that you should consider trading him if he’s on your squad. The real bumps go to Isaiah Jackson and Goga Bitadze, as Sabonis’ departure creates a minutes/value vacuum for those two to fill.

All-in-all, these moves were primarily impactful for real-life teams, as opposed to your fantasy teams. I wouldn’t make any changes to your roster, unless it’s taking a flier on Justise Winslow, Bitadze, and/or Jackson. They could provide nice short-term value to your squads because I don’t anticipate them being long-term plans for these organizations.

3 Sophomore Pitchers to Draft in 2022