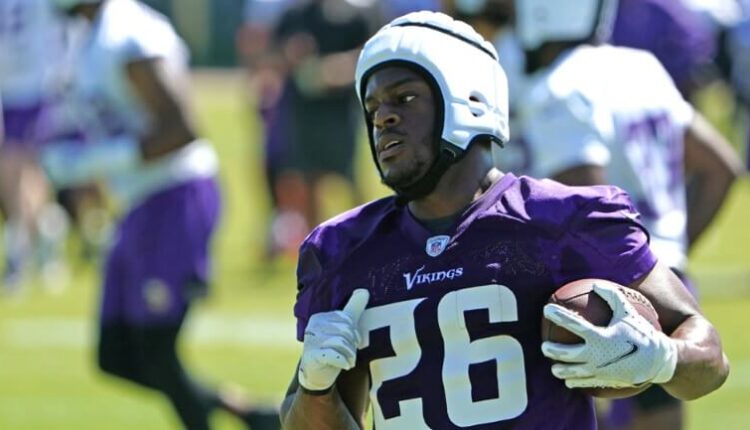 The waiver wire has come and gone. You’ve spent your FAAB dollars. It’s time to dig deep and look at the matchups to decide how to construct your starting lineups for NFL Week 13 of the fantasy football season. We’ve got you covered, friends. Let’s get into the top Week 13 sleepers and streamers!

The Vikings certainly lost the battle against San Francisco this week, but they may have also lost the war after Dalvin Cook fell victim to what initially looks like a multiple-week injury. We know Alexander Mattison is capable of carrying the load, but they took rookie Nwangwu in the fourth round because they believed they might have to use him. Now may be that time. He ran a 4.37 40-yard dash (99th percentile in the draft). We know what that Vikings line is capable of, and I all but guarantee he’ll be available after your waiver wire passes. Take a leap of faith on the rookie.

The Vikings-49ers game this past week obviously had a big impact on waiver wire options. Deebo Samuel is in a battle with the fantasy football community as many are clamoring that he should have WR/RB eligibility, but that point is looking moot. He aggravated a groin injury in the win, meaning that there’s a spot opening up for WR targets. Jennings is coming off of a big game for the 49ers with 3 targets, 24 yards, and 1 TD. Well, maybe that’s not a big game, but he got another TD reversed in the game, so it felt bigger than it was. Jimmy G won’t be throwing it around much, and targets will likely go to Aiyuk, but Jennings is worth the dart throw.

Luckily, it looks like the Darren Waller has avoided serious injury, but that doesn’t mean he’ll get his normal helping of snaps. It might not even mean that he’ll play at all in Week 13. If that’s the case, Moreau should be on your roster. He received 5 targets in relief on Thanksgiving. Further, a few weeks ago when Waller was out, Moreau gave us 6 catches on 6 targets for 60 yards and 1 TD. He’s a legitimate weapon. Act accordingly.