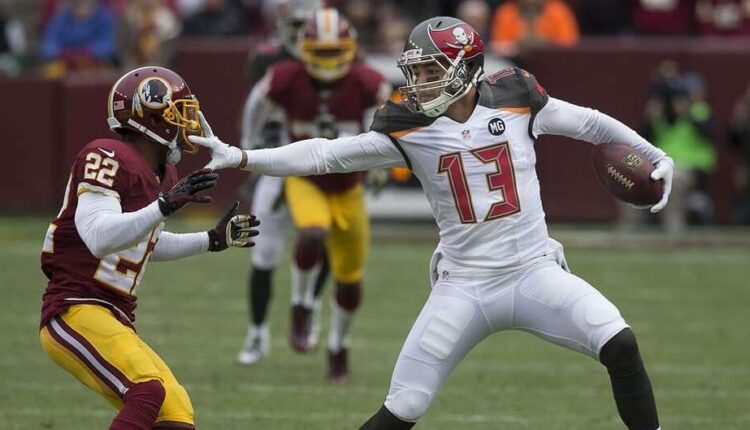 Here we go again. It is Week 9, and it’s do-or-die time for a lot of teams. Looking for that critical start/sit decision on your roster? Do you have to win this week or be at risk of being out of the playoffs? Or do you simply just want to know one guy’s opinion on the Week 9 landscape? Dig into these Week 9 PPR Rankings, and hopefully, they can help lead our readers to victory!

The “four-horseman” lead the way in the Week 9 PPR rankings at the quarterback position. Patrick Mahomes, Russell Wilson, Deshaun Watson, and Kyler Murray have turned into the elite tier in the 2020 season. Don’t expect that to change either, as all four are set for monster fantasy finishes. Josh Allen comes in as the QB5 after nearly falling out of the top 12 in Week 8. He will take on the Seahawks in what should be a shootout.

Lamar Jackson continues to fall, as he just hasn’t been anywhere near the same quarterback that we saw win the MVP award in 2019. He is down to the QB8 on the week, and there could be an easy argument made that he belongs lower.

Running back looks fun this week, as there is a large number of backs who can legitimately claim RB1 status in the Week 9 PPR rankings. Christian McCaffrey should return to his normal role, but he comes in as the RB3 facing off against a tough Kansas City defense. Aaron Jones is questionable for Thursday night, but with their other top two option out there, one has to assume Jones will play. He comes in as the RB5, and he has major upside in a bell-cow role. JaMycal Hasty, DeeJay Dallas, and J.K. Dobbins are all looking like excellent plays this week, with their respective lead backs looking doubtful for Week 9. They come in as the RB13, RB14, and RB15 respectively.

Falling in Week 9 is Jonathan Taylor, Melvin Gordon, and Ronald Jones. All three backs had rough weeks, and their outlooks don’t look too bright. Taylor just simply hasn’t been efficient this season, and he is reportedly banged up with an ankle injury. Gordon has Phillip Lindsay syphering touches away, and he simply doesn’t have the upside with limited touches. Ronald Jones showed his ugly-side last week, as he fumbled and was immediately replaced by Leonard Fournette as the lead back. That can change in a heartbeat, but for now, it looks like Fournette provides the higher upside.

At wide receiver, Tyler Lockett should see his turn for a massive game, as the Seahawks elite tandem of Lockett and Metcalf are seemingly taking turns in producing overall WR1 numbers. Also rising are Diontae Johnson and Jerry Jeudy. I know fantasy players are frustrated with Johnson after his dud last week, but he went against one of the best defenses in football who made him a focal point. He should be in for a big bounce back against one of the worst defenses in football. Jeudy will draw the Falcons and should be the primary target once again, even with the possible return of Tim Patrick.

Mike Evans is falling with the possible return of Chris Godwin. It is simple; if Godwin plays, Evans is at high risk of putting up a dud. If Godwin doesn’t play, Evans is a locked-in WR1. Antonio Brown also makes his outlook even cloudier. The Panthers duo of D.J. Moore and Robby Anderson was at one time looking like an elite tandem, but following a few bad games in a row, the Panthers offense may be coming back down to life. The return of Christian McCaffrey will destroy at least one of the duo’s value.

Noah Fant looks like one of the safest plays in Week 9, and he comes in as the TE2 overall. He has been heavily targeted whenever he is on the field and should have his way against an Atlanta defense who struggles with tight ends. Eric Ebron gets a bump all the way up to the TE7, as he has been fully implemented into the Pittsburgh offense the past two weeks.

Heading the opposite direction are Mark Andrews and Mike Gesicki. Andrews is looking like a touchdown-dependent player, as he simply hasn’t been getting the volume needed. He is down to the TE6 with a low floor. Gesicki has been fazed out of the offense in their past two games, receiving two targets each game. That can quickly change, however, but I am not sure it will be this week.

If you enjoyed Ahaan’s Week 9 Loves and Hates, make sure to check out our full Week 9 Fantasy Football lineup.